It’s been open less than a week, but already Ricalton’s Village Tavern has laid claim to being South Orange’s hottest and most talked-about new restaurant. 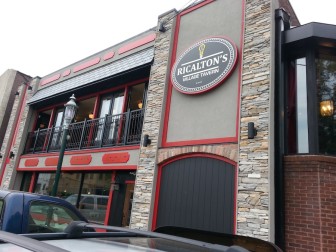 A bi-level space with a full-service restaurant and bar featuring American cuisine on street level and a pub called “The Snug” on the lower level, Ricalton’s is owned by South Orange restaurateur Stony Johnson.

Check out the brand-new website (still a work in progress) here. The restaurant is currently open 5 p.m. – midnight, Monday through Sunday.

Currently, the full menu is being served in both spaces; a less expensive pub menu will debut soon, said a reservationist Friday. The menus are posted on the website.

Although the restaurant is currently in its “soft” opening, with a grand opening planned for later this summer, the place has been packed to the rafters since the doors opened June 1.

The restaurant is named for Johnson’s great-great grandfather, James Ricalton, who was Maplewood’s first schoolmaster and a world explorer.