The 45th Annual South Orange /Maplewood Interfaith Holocaust Remembrance Service will take place on Sunday, May 15, at 4 p.m. Hosting the service this year is Oheb Shalom Congregation, 170 Scotland Road, in South Orange. The service will be held in person with an option to watch via livestream. All are welcome. The link for the livestream and more information are on the website at: www.rememberandtell.org/2022 . A march of remembrance will precede the service and start in Spiotta Park on South Orange Avenue, in South Orange at 3 pm. Masks and vaccinations will be required for the indoor service.

This year’s service will feature Anne Millman, who will share the compelling story of her family’s deportation, endurance and survival during and after the war. 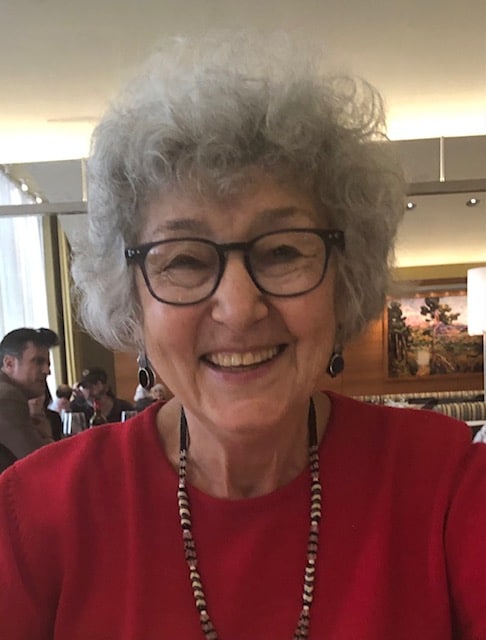 The Nazis invaded Poland on September 1, 1939, less than four months after Ms. Millman’s parents, David and Sarna Weichman, were married in Warsaw. David, a young artist, believed they should all flee the country, but his bride’s family disagreed. Anne Millman’s presentation takes us from those early moments, when crucial decisions had to be made, through an odyssey that eventually led to her parents’ survival and her own birth while the war was still going on. Only many years later did Anne learn of the most basic elements of their secret and complicated journey through a harrowing period of history.

Local officials and clergy will participate in the service and march. Three local choirs — Kol Dodi, Voices in Harmony, and the Oheb Chorale — will lend their voices and collective musical talent to the program.

The service, the first of its kind in New Jersey, is dedicated to the memory of the millions of victims of the unprecedented murders which took place during the darkest period of twentieth century history, the Holocaust. Every year, the service gives a platform to individuals who were witnesses and survivors. These people share their stories and messages of personal experiences with the community. Most of the surviving witnesses to the Holocaust were children during the Second World War. Their experiences reflect the most dire consequences of prejudice and hate, as well as the power of members of their communities to step up and save lives.

For 45 years the two towns of South Orange and Maplewood have come together to remember the Holocaust and to vow to use the power within us to be vigilant and to protest continuing discrimination and genocide. In 2022, all caring people are urged to STAND UP and be part of this important event!

For more information go to: http://www.rememberandtell.org .