Anna and Liv have used proceeds from their bat mitzvah and birthday parties to contribute toward their goal. In addition, they’ve reached out to friends and family through email and social media. Both were also eloquently espousing their cause at Maplewood Green Day in June. 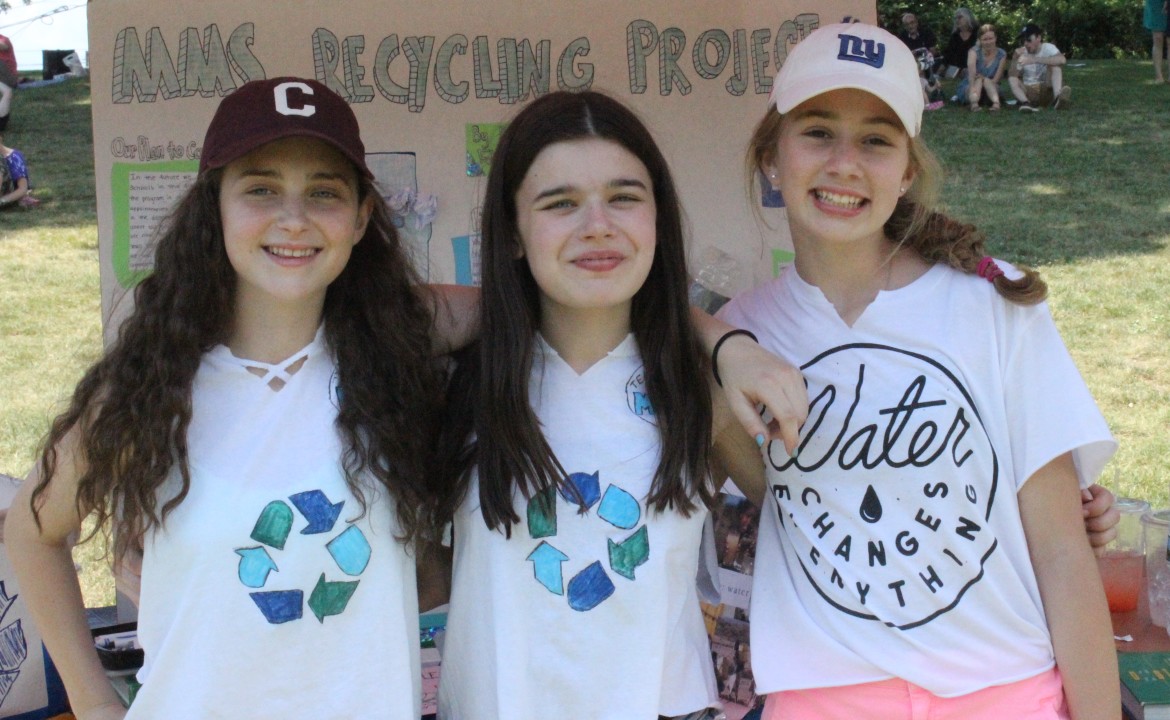 Anna Paul (left) and Olivia Knutsen (right) get some help from their friend Elliot Foley (center) at Maplewood Green Day.

“Charity: water — what they do is dig wells in places that don’t have access to clean drinking water,” said Anna Paul at Green Day. “About 1,400 children each day die from water-related diseases and poor sanitation.”

Anna added another perspective: “Also, when women and girls are collecting the water, they are not going to school and getting an education and that can cause a domino effect on their lives and the economy.”

Liv and Anna came upon the idea of supporting charity: water through research they performed inspired by their YouthNet-sponsored afterschool program advised by Colleen Miller. (Read the News-Record’s coverage here). After the club ended, the girls carried on their work independently.

Recently, charity: water even featured the girls’ remarkable accomplishment in its newsletter:

“THEY DID IT!!” wrote Brady Essmann of charity: water in an email congratulating the girls. “I’m so excited/proud for Anna & Liv!!!!! So inspiring. Thanks for everything. Please give them big hugs & high fives from all of us at charity: water…. What rockstars.”

Although Liv and Anna have exceeded their goal, you can still donate through their page here.
.