At the February 22 South Orange Board of Health meeting, Village Health Official John Festa reported that South Orange had lost its seventh resident to COVID-19.

Although case numbers were down from their January peak – representing the highest levels of the pandemic – the number of positive cases reported remained well above spring and summer 2020 numbers. Local leaders asked that residents remain vigilant and continue to practice social distancing, mask wearing, and other protective behaviors before or after getting vaccinated. 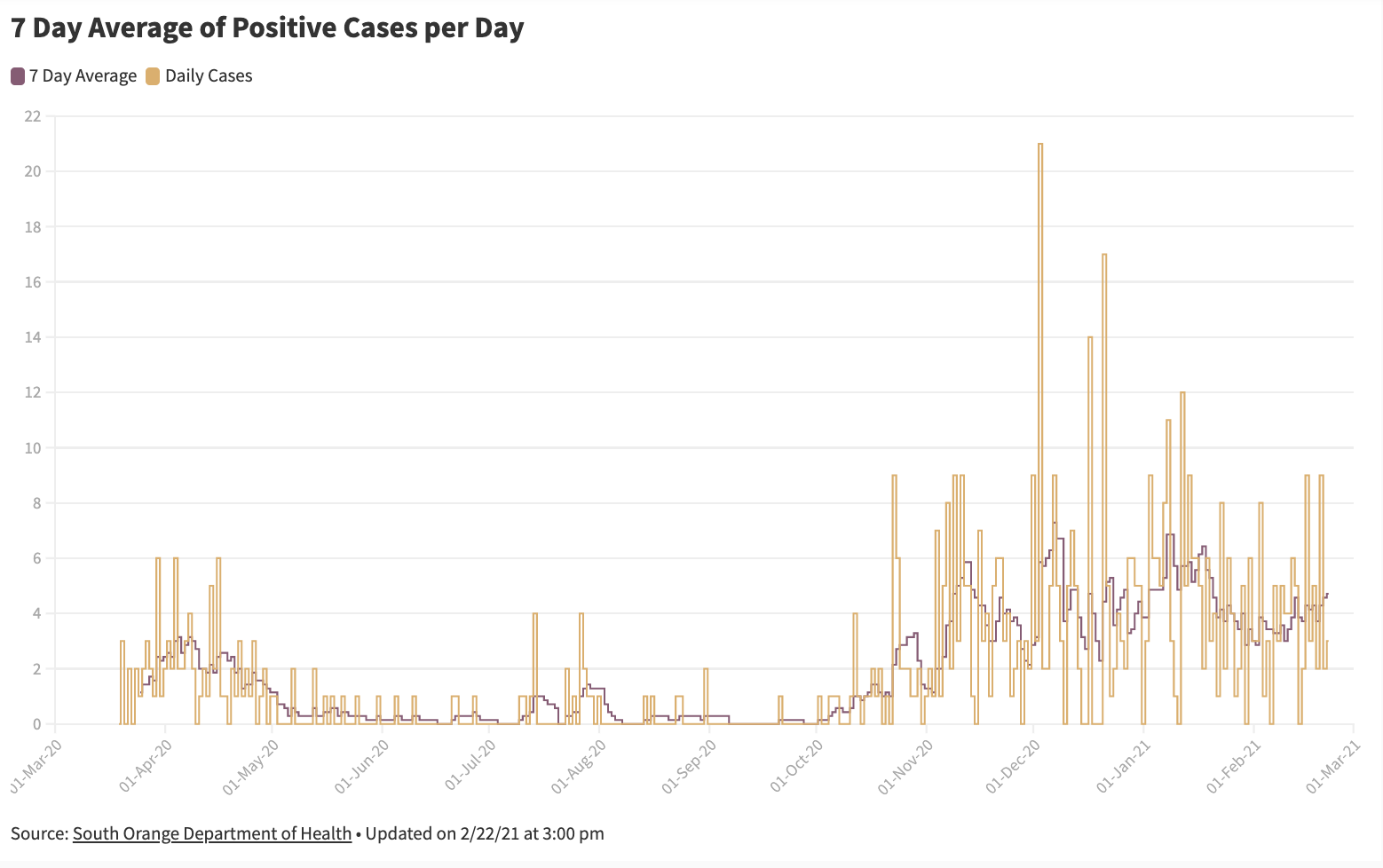 Reached for comment via email, South Orange Office of Emergency Management (OEM) Coordinator Scott Egelberg said, “While the death count has been low in South Orange, our hearts still break every time a resident succumbs to this virus.”

Egelberg noted, “We have seen a big rise in cases since October which can be attributed to a few things. More clubs and sports have restarted, some schools have been back in session, quarantine fatigue and most noticeably, holidays.  We’ve noticed a spike after Thanksgiving, Christmas, New Year’s, Super Bowl Sunday, etc. While most residents stayed home and acted responsibly, some did not and it endangers their neighbors, friends and family.”

Egelberg added, “I know residents have heard it all before, but we want them to remember that this virus is still out there. We need to remain diligent with social distancing, masks, hand washing and following all COVID-19 guidelines.”

Addressing the fact that numbers reported by Essex County sometimes conflict with municipal numbers, Festa said that he receives all his information from the state database and then verifies the information. “Until I can confirm a case, I cannot publicize it,” Festa told the Board of Trustees, which acts as the Board of Health.

Village President Sheena Collum agreed that municipal numbers were the most reliable: “They have been verified.”

Information on the South Orange resident who died was not available. At the last Maplewood Township Committee meeting, Maplewood Mayor Frank McGehee reported that Maplewood had lost its 32nd and 33rd victims to COVID-19. McGehee said at the two recent victims were elderly, with one person in their 80s and one in their 70s.

Find more information on the South Orange COVID Portal and on the Maplewood Township COVID Portal. 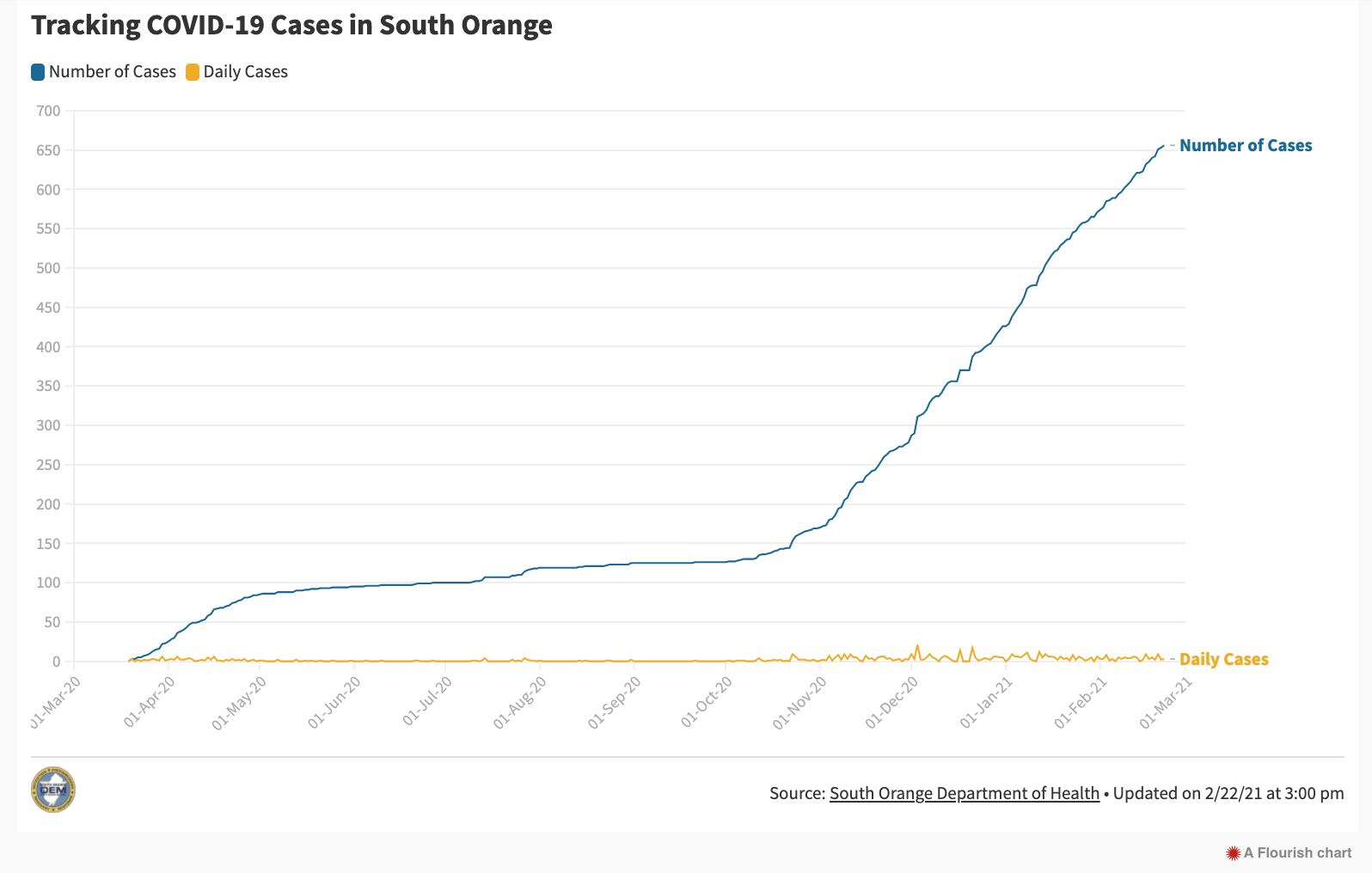