OPINION: Voting is Our Ticket to a Brighter Future

Raina Hackett is a current undergraduate at The George Washington University studying History and Sociology. She grew up in Maplewood and started writing for Village Green in 2020. She enjoys stories centered around local politics and highlighting underrepresented communities. In the future, she hopes to go to law school and work in public service. 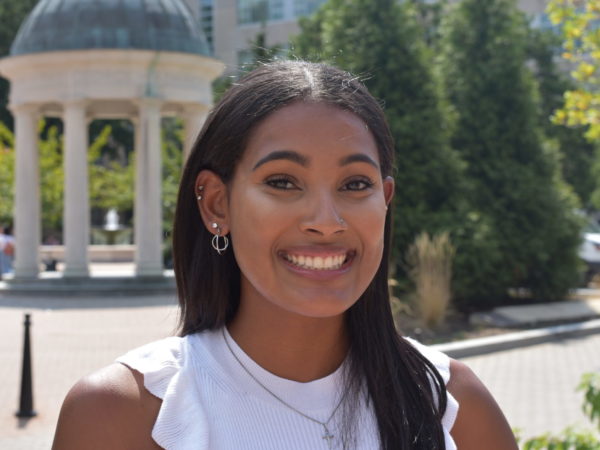 This piece was originally published in The Black Ace Magazine. Click here for the original article.

I went to sleep on election night in 2016 positive that Hillary Clinton would be the next president. Obviously, I woke up to a different reality. I skipped school with my friends that day. We went to the deli and watched the news, joking about leaving the country, laughing in disbelief. Many of my classmates and members of my community felt similarly, bringing their opinions into the hallways of my high school in the next coming weeks. One day, I was standing in my AP United States History Class touting the same rhetoric—let’s flee, let’s go to Canada, we need to leave. My teacher furiously mentioned that if we had learned anything in his class, we wouldn’t even think of saying such things. We would stay and fight, because that’s what citizens on the other side of the aisle did—and they won the election. I’ll never forget when he said: “Your Trump was someone’s Obama.” On inauguration day, hundreds of my classmates walked out in protest.

When I got to college, I declared a History major. I got involved in student government, congressional internships, community service, and advocacy. Four years later, I found myself marching in Washington with these same friends, wishing I cared more when I was 16. Wishing I left that day to march against someone who let this country go to peril, and wishing I didn’t take my progressive community and upbringing for granted. That different reality that I thought I woke up to in 2016 was not an obfuscation—it was actually reality.

I understand that this election will not change the tides of our reality anytime soon. If anything, President Trump’s authoritative reign has elicited what America really is and what it is really capable of. He exposed the true colors of America, one that is not a democracy that failed to live up to its people, but a working social contract with racism and classism at its center. A speaker at the 2020 Commitment March on Washington preached an accurate metaphor of the current state of the American crisis, affirming that America was so nauseated by a Black family—the Obama’s— in the White House, that it vomited up Donald Trump. We are in a unique time in our country, where President Trump’s recklessness has exposed the true soul of America. Although it may seem that our country has reached its lowest point, it is now open to its greatest change, and this can be initiated by simply casting a ballot.

Voting is the simplest way you can hold your democracy accountable. It is fundamental to a democratic society. It is so powerful, that those in power will suppress it. Why do you think we have foreign interference in our election? Why do you think Iran is posing as the far-right Proud Boys and sending intimidating emails to registered Democratic voters? If your vote was not important, this would not be happening.

Do not take your vote or your right to vote for granted. We’ve all seen the corny analogies on our feed, saying that your vote isn’t a marriage, it’s public transportation. And just like my teacher in 2016 probably would’ve said: “If there isn’t one going exactly to your destination, you don’t stay home and sulk—you take the one closest to where you want to be.”