Jacob Ribicoff is an award-winning sound designer and editor for big Hollywood movies (think Noah, Tower Heist), but he’s also a Maplewood resident and the father of a Columbia High School student. 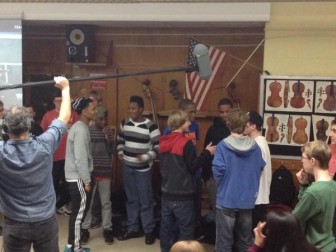 So when Ribicoff asked CHS Principal Elizabeth Aaron if he could record some sounds at the high school for a film, she said yes. Aaron gave Ribicoff permission to spend time in the hallways and the cafeteria as well as in Jamie Bunce’s chorus class, recording ambient sounds but also giving stage directions for sounds he needed (zipping backpacks, moving chairs, etc.).

“It was, to use a phrase, super cool,” said Aaron. Raising the super cool factor: CHS gets a mention in the credits at end of the film.

But, wait, it gets cooler.

The movie —Me & Earl & The Dying Girl — has hit the big time, premiering at the Sundance Film Festival on Sunday, January 25 “to a packed Eccles Theater (seats 1,270) and a 5-minute standing ovation,” said Ribicoff. “A bidding war ensued and by Monday the film had sold to Fox Searchlight.” At the end of the festival, Me & Earl & The Dying Girl walked away with the two top honors at Sundance: the Grand Jury Prize and the Audience Award.

“Must be that old CHS charm,” said Ribicoff. 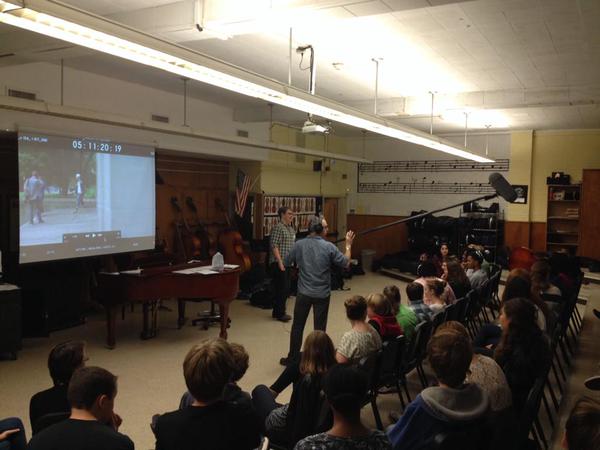