Recently, I’ve been monitoring the online debates about the decision by leadership at Seth Boyden School in Maplewood to cease hosting the annual in-school Halloween celebrations and parade.

Many have focused on the fact that the practice is being canceled in part because about 20% of the student population is not participating. And perhaps the letter sent home by Principal Mark Quiles and the PTA co-presidents does focus on this part of the decision overly much.

As a proud Seth Boyden parent (my second and last child graduated from Seth Boyden this past June), it’s upsetting to see some of the arguments thrown at the school: That this effort at inclusion is exclusionary to those who celebrate Halloween, that this is political correctness run amok, that parents will not opt to send their children to this demonstration school as a result of this decision.

First of all, Halloween is not a religious holiday or observance. So no one’s personal freedoms are being trampled. Secondly, Halloween is not being “banned” from the school. If you wander through Seth Boyden (or visited its Harvest Fest this past Saturday), you’ll see lots of arts and activities related to pumpkins and such. No child is going to be sent home for drawing a picture of a witch on a broom or a Frankenstein monster.

For those who argue, “Hey, Halloween is a uniquely American tradition and kids should get to celebrate it,” I say, great, so go celebrate it by trick or treating on Saturday, October 31 — the actual day of Halloween — or by participating in the Maplewood- or South Orange-sponsored town events.

But mostly, I argue, why should school leaders be forced to host a non-curricular, non-educational, non-mandated activity against their will?

With everything that our teachers and administrators need to fit into the school day — from differentiated instruction in inclusion classrooms, to test preparation, to the enforcement of the Anti-Bullying law, to curriculum changes, to data gathering, and more — our school building leadership should be able to make the decision to jettison a non-curricular activity that overexcites many of the kids, excludes a large minority, and makes instruction throughout the day difficult. If you’ve been watching Board of Education meetings, you’ll know: we need every moment of instruction we can lay our hands on. And it hardly needs mentioning that losing instruction time in late October — when November is carved up by days off and half days and holidays — is not optimal.

Personally, when my children entered the district I was amazed to find that Halloween is celebrated in public schools with full-blown in-class parties followed by an all-school costumed parade. In my 12 years of Catholic primary and secondary education, Halloween was never a part of the school day — Sister Mary Trinity at St. Matt’s certainly never allowed it. What I have noticed is that the in-school Halloween parties and parade, followed by the trips to the Maplewood Halloween Costume Contest and Parade in the Village, can be a bit overwhelming (and heaven forbid it’s on the actual day of Halloween when trick or treating then follows). The celebrations go on all day — and/or all weekend — long. The kids get overly sugared up and overly excited. It can lead to a lot of tears and tummy troubles.

For the most part, the Seth Boyden community seems to support the decision of its leadership. Last year, when the school was forced by district leadership to put on the parade, I helped to bring drinks and snacks into the cafeteria where other parents organized games and activities so that the children who had to opt out wouldn’t feel excluded. It kinda worked. But the children are no dummies. They knew that there were a bunch of kids in funny costumes who were enjoying the “main event” elsewhere. Also, for a school community working hard to support so many other fully inclusive events, this was an unnecessary strain on parent resources.

Our energies would have been better utilized creating an interactive school assembly or event for all children — something the Seth Boyden school community does well and something it will do this year with a pumpkin patch event.

Another note: Just because 20% are opting out, it doesn’t mean that 80% are aggressive proponents of the in-school Halloween parade. Many parents I’ve talked to at Seth Boyden are delighted to no longer need to prepare and pack costumes for school, buy and deliver snacks, and interrupt their days or leave work early to attend the party and parade — particularly when they are already making adjustments to their schedules for the town celebration and for trick or treating.

Finally, I would encourage any parents looking at entering the district to consider Seth Boyden as a choice. This is an amazing school, with a truly spectacular roster of teachers. Throughout our eight years at Seth Boyden, my children were continuously challenged and nurtured, excited and engaged, given individual attention and celebrated. I applaud the building leadership for being laser focused on education and the PTA for sponsoring special events and celebrations that are inclusive, diverse, educational, engaging — and, yes, fun. Seth Boyden has amazing assemblies and has hosted everyone from Chinese dancers, to jazz musicians, to puppeteers, to penguins. The Dancing Classrooms program is stunning, the school musical is out of this world, the annual Variety Show will leave you in stitches and tears, and the Strawberry Fields garden is getting an outdoor kitchen!

Kudos to Seth Boyden’s Principal Mark Quiles and the PTA leaders for having the courage to make this decision. It wasn’t easy and they deserve our support.

Mary Mann, a Maplewood resident, is co-founder and co-publisher of The Village Green. 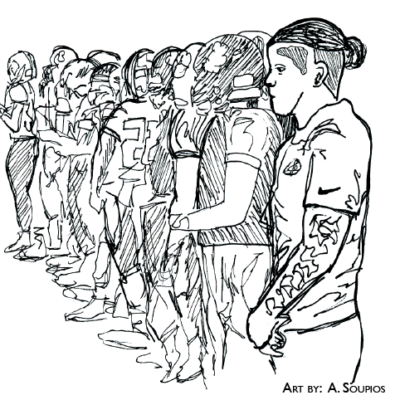 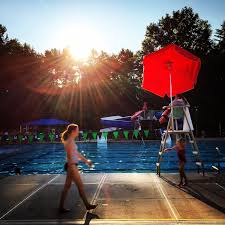 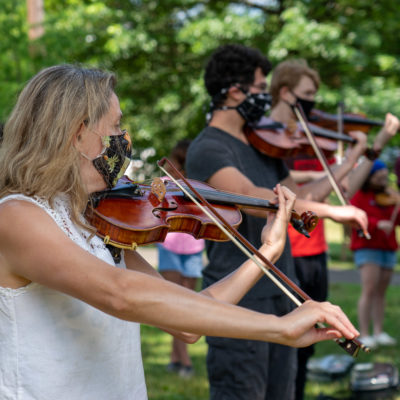