“My job as a principal is to take the things that students love and appreciate about the school and expand and protect them,” says Frank Sanchez, the newly appointed principal of Columbia High School, the South Orange-Maplewood School District’s flagship school.

“I understand that the students are frustrated with the fact that they felt they didn’t have a real voice in decision-making, and both the students and I agree that promoting their voices and acknowledging these conversations are important.”

Sanchez recently left the Mountain Lakes School District where he worked since 2008, including seven years as director of curriculum and instruction and two years as principal of its top-rated, 750-student high school. There, teachers and students crediting him publicly with improving morale and community members reportedly spoke at three consecutive Board of Education meetings in January and February, asking the school district to grant him tenure and petitioned for Sanchez to be named principal on a permanent basis.

According to a resolution adopted by the South Orange-Maplewood Board of Education, Sanchez officially begins his new position as principal of Columbia High School “no later than” August 24, but he is clearly already delving into the job.

In a recent interview, Sanchez expressed his belief that he has a solid vision for the school and its students, and feels very prepared for the great responsibility that comes with facilitating the community’s diversity.

“I worked for nine years in the beginning of my career as both a teacher and administrator in Springfield, which is a more diverse school district [than Mountain Lakes],” he says. “I had to prove that I both empathized with and was there to listen to the students.”

Sanchez says that although Springfield has a much smaller percentage of Black students than Columbia, “my experience there illustrated the importance for students of color to engage with a curriculum that matched their experiences and to have a faculty that was also diverse.” 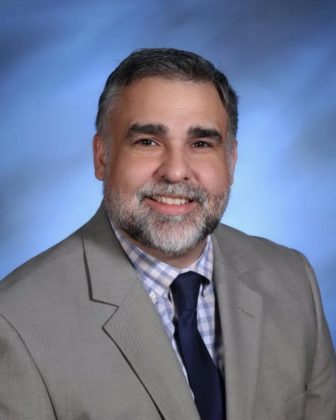 Entering an institution like Columbia High School at a time of nationally heightened racial tensions is something Sanchez says he has also taken into great consideration. Discussing how Black voices are demanding to be heard in a multitude of white spaces and the difficulty of addressing the racism that is embedded into every facet of society, Sanchez says he wants to address these issues head on with students, faculty, and the general community.

“Following George Floyd’s death, we need students to understand and amplify voices of students of color. We have lots of parents at Mountain Lakes High School who are asking for suggestions on how to speak to their children on race and we led a webinar [in Mountain Lakes] on how to do that last week,” he explains. “We don’t simply want students who aren’t racists. We need students who are actively anti-racist.”

Village Green asked Sanchez about how Black students in SOMA have been using platforms like @blackatsomsd on Instagram to speak out about their experiences of being Black in the education system and express how Columbia has failed its Black students or fallen short (stories vary from the racial disparities in the leveled classes to mistreatment from faculty and teachers). Describing the testimonies as both “eye-opening” and “important” for faculty to digest, Sanchez says he is making it is mission to tackle these issues and fix them with input from the faculty, students and fellow administrators.

Sanchez also answered questions on the topic of school security. During the initial interview, he mentioned that he wasn’t sure what type of SROs [school resource officers] were at Columbia, and said that, if they were needed in the school, “I would hope they would serve as mentors or help with how we counsel students.” In a follow up email, Sanchez wrote, “Fortunately, now that I have been at CHS for over a week, I have learned that we do not have SROs. Instead, we have security personnel who are there to serve as hall monitors.”

A self-proclaimed supporter of “restorative justice”, Sanchez says he wants security personnel to prioritize acting as mentors and counselors to students rather than strictly policing them.“My focus is always on why a student is acting out, not the fact that the student is acting out. I want to know as many counselors that I have versus how many SROs [or security personnel] I have. I would love to meet with the head of security to see how the training has been, making sure that we have deescalation training,” he says, emphasizing the importance of “community policing.” “We’re all here for our students.”

While Sanchez believes that CHS faculty members are all well-meaning and want the best for the students, he also knows that the system itself is very imperfect. For example, according to stories posted on @blackatsomsd, the “leveling up” system resulting from the adoption of the “Access and Equity” policy has left students of color vulnerable to discrimination. Sanchez says that big changes can be made to these issues by adjusting policies and having open communication with faculty and students.

“One of the things we have to promote is that growth mindset that helps students feel comfortable in taking challenging courses. There shouldn’t be a wall for AP classes,” he says. “Low expectations for students by faculty is still bigotry. We want to promote and talk with our faculty to really be that positive cheerleader and promote that child to take that class that might be a stretch.”

From addressing racial discrimination at board meetings to constructing an anti-racist curriculum, Sanchez wants Columbia High School students to know that he will be unabashedly advocating for them in every context. Wanting only a safe, encouraging environment for Columbia students, he emphasizes the importance of teachers and what he believes they should stand for.

“The most important factor in a child’s education is the teacher. It’s not going to be a curriculum that comes out of a box, and will not be a textbook — it’s the teacher,” he states. “It’s been my priority to find the best teachers possible. A teacher who truly cares is someone that I will really celebrate. We need to create an environment where we celebrate excellence.”

Sanchez stressed in a follow-up email that he wants faculty to understand “we are on the same team.” He has asked CHS teachers to meet him “via small, intimate Zoom sessions (no more than 12 at time) to talk about what makes CHS so special and what can we do to help with equity issues (as well as to discuss COVID preparation).”

“I have held only two so far but I have more than 10 scheduled for July,” explained Sanchez, “and I plan to do the same with students.”

“As a new person to the district I need to learn what makes this great community so unique so we can enhance the great stuff that is already happening and seek plans to provide students and teachers what they would like to see as well.”

Sri Taylor is a junior at Rutgers University studying communication with a specialization in public relations. She is a 2018 graduate of Columbia High School and was raised and currently lives in South Orange.