This year team members were moving on to high school and aging out of the program, so Schenker set up a table during the Achieve Foundation’s April Maker Madness event and had over 30 children interested in the program.

“When Jake and I started the team, our goal was to get more kids from underrepresented groups exposed and interested in STEM and robotics, and to get kids using skills such as critical thinking, communication and creativity that will be crucial to their future success.  As a dad of three girls, my personal goal was to focus on getting more girls interested in STEM.”

The interest was so big at Maker Madness, that the duo expanded their plan to anyone interested.  Knowing the challenges they would face with such quick growth, they jumped at the chance to grow what they call “a grand experiment.”

They focused on 5th-8th graders that resided in Maplewood or South Orange and convinced some brave parents to volunteer as coaches.  Jake’s pitch was simple. “I’m a music teacher.  I don’t have any formal experience in computer science or robotics.  So we convinced parents to take the leap with us and expand from our original team, the MAPSO Makers.  The end results were teams named the Boys in Black, Programming Pickles, Tech Titans and Yawbots.” 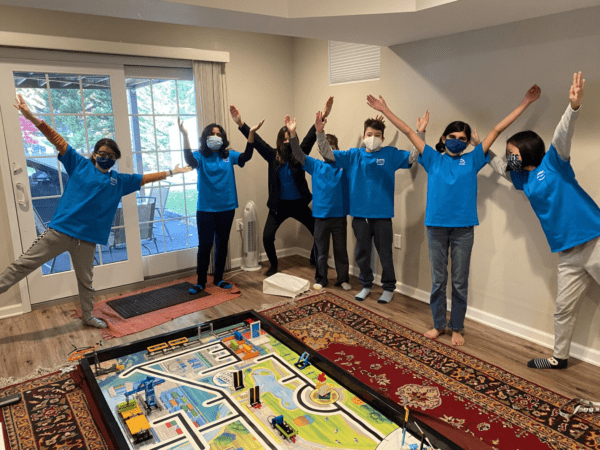 Sahana Lynch, the captain of the Tech Titans said, “I wanted to join a team to explore new, innovative ways to learn and to have fun.”

Jake and Brad reached out to SOMSD teachers and administrators for support.  Randall Post, CHS Physic teacher and Robotics Club advisor supported the program by offering space in the robotics room, which was supported by CHS Principal Frank Sanchez.

Local business American Jiu Jitsu has sponsored the program since its inception and continued its sponsorship by offering space as needed at its studio.  Several of the original MAPSO Makers team volunteered some of their Saturdays to work with the new teams.

The 2021 season kicked off this past September with four new teams and eight parent volunteer coaches.  The season and competitions contain several parts:  The Robot game and robot build, the Innovation Project and Core Values, which helps teams focus on working as a team and having fun.  This year’s theme covers transportation and finding ways to improve or create new technology to solve the movement of cargo around the world. 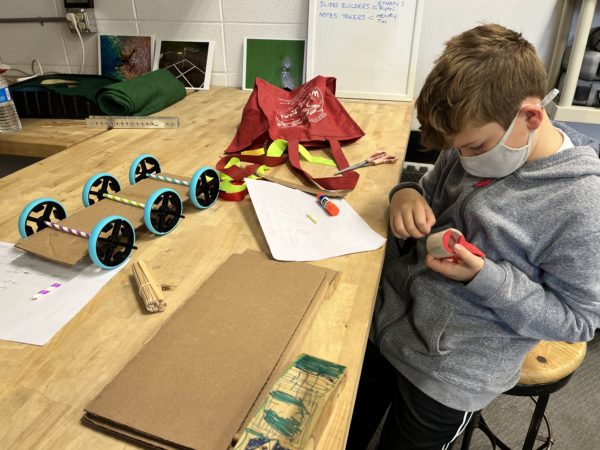 The teams’ hard work paid off on November 20th when the MAPSO teams and 15 other teams from Northern NJ competed in a qualifier event.  Usually held in person, the teams competed virtually for the second year due to COVID.

Out of six awards, the MAPSO teams captured three:

The Yawbots is one of five teams to move on to the Regional Championship December 11 where they will compete against 47 other teams.

The four MAPSO teams all ranked in the top 12 for robot performance.  Schenker stated, “I was blown away by every team’s performance.  It can take time to understand the program and be proficient in all the competition elements.  Every team showed improvement through the year.  Even on competition day, the Programming Pickles almost doubled their robot performance score between their first two matches and the Boys in Black had to adjust their plans, with two team members quarantined the day before due to COVID close contact protocol.” 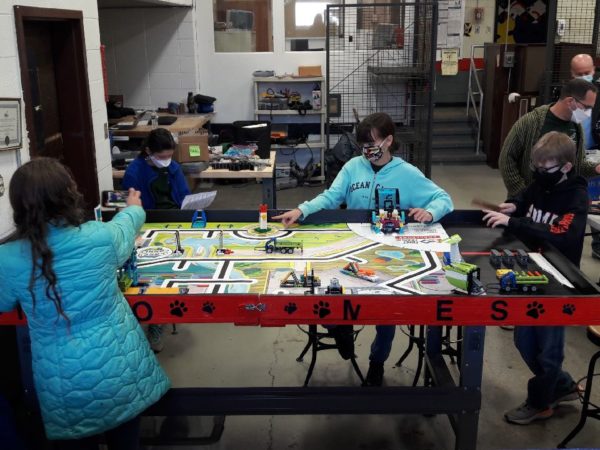 Ezzo summed up the program perfectly, “From a teacher perspective, this is a dream of what learning looks like.  A combo of teacher, kids, parents and community all working together and having fun.  Brad and I are looking at additional programs to offer to the community and plan to run our LEGO robotics camp again next summer.”

The MAPSO Makers would be happy to continue expanding its teams with the help of parents and businesses.  You can email Brad at MAPSOFLL@gmail.com with your contact information and he will add you to future communications or reach out for more information.

The MAPSO MAKER TEAMS and COACHES