In its most detailed response to the teachers union refusal to return to in-person instruction amid various, ongoing safety concerns around COVID-19 precautions this week, the South Orange-Maplewood School District on Friday said the Board of Education was “blindsided” by the move and hinted at possible legal action.

“We are continuing forward with a professional mediation process and we will also pursue any other legal options as agreed upon by our district counsel,” the SOMSD statement said. “We do this not because we are angry with our teachers, but because we love our students and are committed to serving our families who have been not only patient but very supportive.”

The school district’s statement was released after the South Orange-Maplewood Education Association said that it was meeting with a state-appointed mediator from the Public Employment Relations Commission ahead of possible negotiations next week. PERC administers the New Jersey Employer-Employee Relations Act.

Superintendent Ronald Taylor said in the statement that many other school districts throughout the state had resumed in-person classes since they initially closed 11 months ago to help stem the spread of COVID-19.

“We’re not doing anything unique by returning for in-person instruction. Hundreds of schools are doing this to a greater degree than we are,” he said. “In our instance, we have chosen to implement a measured reopening approach consistent with what we’ve determined is safe for our community and staff.”

In response to a request for comment on the district’s statement, a SOMEA spokeswoman wrote, “The association met with the state-appointed mediator today, and look forward to meeting with the board of education next week. We are optimistic that the two parties will come to a resolution for an action plan that is safe and sustainable for bringing back our students and staff for in-person instruction. “ 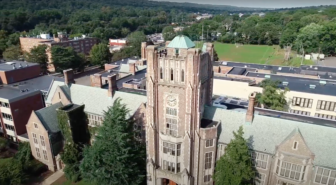 Meanwhile, more than 20,000 New Jerseyans have died since the beginning of the pandemic, representing one in 400 state residents.

Taylor also noted that the state Department of Education has given each district leeway over reopening schools. “The families that have chosen to have their children resume in-person instruction have relied on us to provide safe in-person instruction, and in good faith, we have been providing that,” he added.

“SOMEA agreed that concerns could be addressed through our grievance process, but that was not allowed to continue to fruition,” it said. “Our building administrators have been responsive to the needs put forward. While the district facilities are old, they are safe.”

The teachers union announced Monday night that it would shift to all-virtual instruction until mid-March in response to what it called unsafe working conditions, leading the school district to follow up with a message to families that said in-person learning would be suspended “indefinitely.” SOMSD had announced earlier in the evening that it would postpone moving to the next phase of in-person instruction until at least April 19.

The school district’s statement also said that on Wednesday, the union — which represents approximately 650 employees in 11 schools — ”expanded its stoppage to include bus drivers that refused to drive completely unoccupied buses and support staff, including secretaries and registrar personnel that work alone or with limited other personnel in large workspaces” with more than six feet of distance between each other.