Negotiations to resume limited in-person instruction for students in South Orange and Maplewood public schools could take place next week, as the local teachers union plans to meet with a state-appointed mediator on Friday.

The South Orange-Maplewood Education Association issued a statement Thursday night, saying that it would meet with a representative of the Public Employment Relations Commission (PERC), a state agency that administers the New Jersey Employer-Employee Relations Act.

The purpose of the meeting is “to discuss plans for meeting with the South Orange-Maplewood Board of Education and district leadership,” SOMEA’s statement said. “It is anticipated that the two parties will participate in mediation next week.” 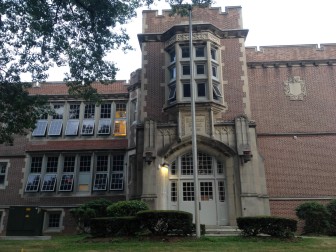 The presumed talks would take place a week after the school district announced it would delay moving to Phase 4 of its gradual return to classrooms, followed by a statement from the teachers union saying that its more than 650 members would not return amid disagreements over adequate ventilation, accommodations for teachers and safety issues intended to reduce the risk of COVID-19.

The union’s statement also said that “the situations being reported by members in the buildings have led SOMEA leadership to believe that it was not safe to return. There are too many unanswered questions that need to be resolved. The goal since March 2020, has always been to return to the classroom as soon as it was safe to do so.”

The South Orange-Maplewood School District, along with other school districts throughout the state, shuttered classrooms in mid-March as the coronavirus pandemic spread across the United States.