From the MAPSO Makers Robotics Club:

This is a follow up to a recent article in The Village Green on local robotics teams. 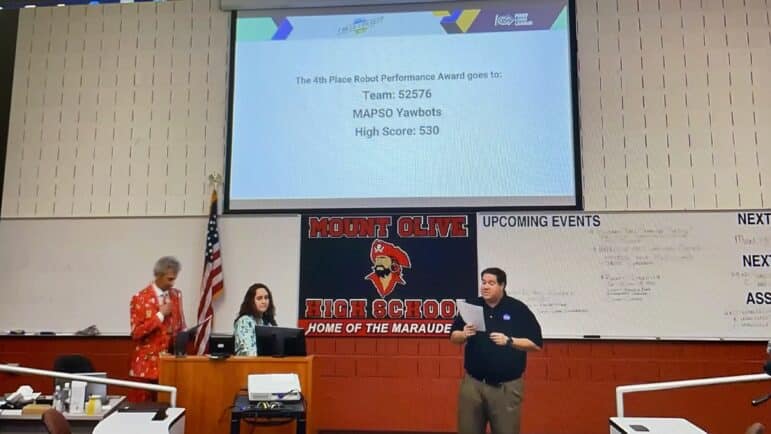 On December 11 & 12, the MAPSO Yawbots, one of four teams of the MAPSO Robotics Club, competed in the FIRST LEGO League (FLL) Northern New Jersey Regional Championship.  The overall winner of the competition earned a spot at the World Festival, currently scheduled for the spring in Houston.

The team, coached by South Orange parent Atul Maharshi, while not earning a spot to the World Festival, finished fourth in the robot performance category, an amazing and rare accomplishment for a team in its rookie season.

The Yawbots are part of a growing club focused on bringing technology and STEM skills to local children.  Founded by Maplewood parent Brad Schenker and SOMS teacher Jake Ezzo, they oversee local teams participating in FLL, which has different themes each year.  This season’s theme is transportation, and competitions consist of four areas: The Robot performance and robot build, the Innovation Project and Core Values. 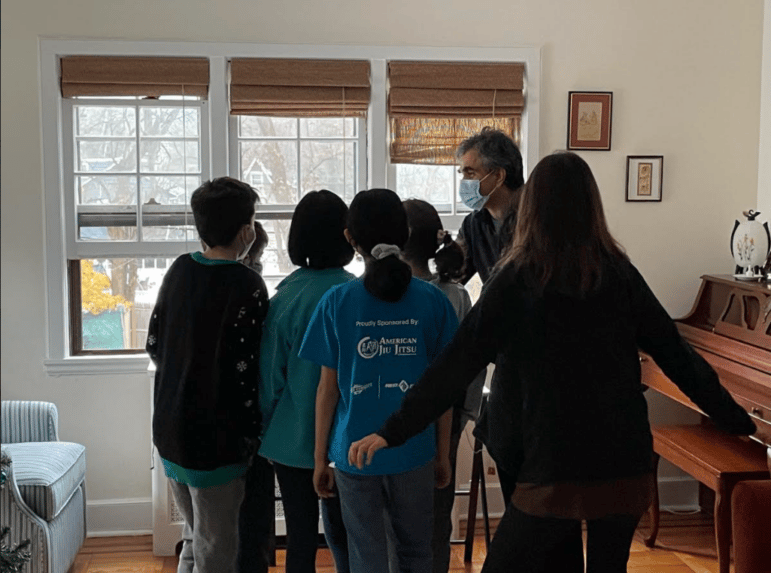 The Yawbots focused their Innovation Project on the Suez Canal shipping blockage that occurred in March, 2021, researching the issue, understanding the engineering and technology challenges of shipping cargo, and then worked on proposing a solution, which was presented to judges during the competitions.

Atul had great things to say about his first year coaching. “I hope the achievements of all the teams this year inspire more children and parents in the community to participate.  The team was willing to take on mathematical and engineering problems they would otherwise ignore, or regard as complicated and boring.”

Naviya Vadlamani, a 6th grader at SOMS, said, “I had a fun time working with the team, we learned so many new things, and I definitely want to do this again.”

Wyle Borg a 5th grader at South Mountain, had this to say, “It was really fun.  I enjoyed working with my teammates on all the projects we had.  I made some friends too.  I’m happy I signed up for FLL.  Sign up, you won’t regret it” 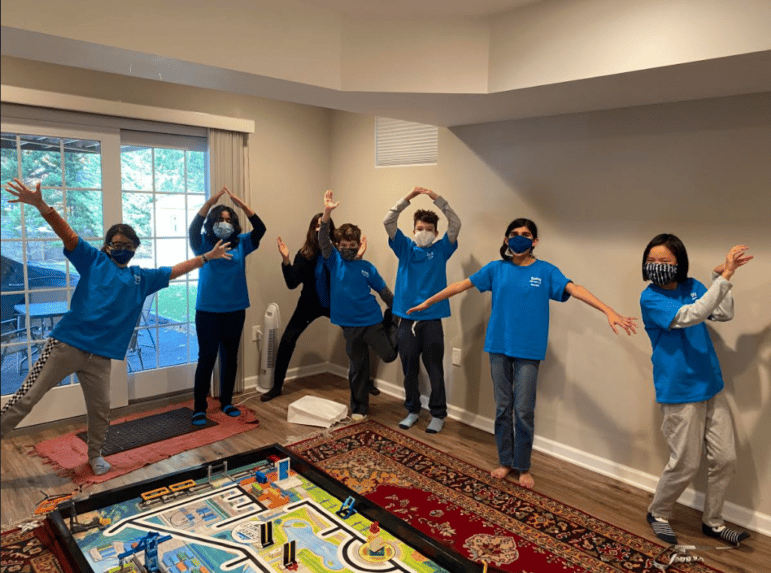 Atul finished with this, “The kids learned a lot about robotics, but to me, the camaraderie and friendship that developed is priceless.  Add to that the interaction with the other teams, the support of our community and one starts to see how this program has benefits that go way beyond STEM learning.”

The MAPSO Makers would be happy to continue expanding its teams with the help of parents and businesses.  You can email Brad at MAPSOFLL@gmail.com with your contact information and he will add you to future communications or reach out for more information.