UPDATE: After this article was published, SOMSD spokesperson Anide Eustache clarified that a photo of a dirty air grate at Jefferson Elementary School had been “left outside to be thrown away and none of our filters are installed outside the unit. All the filters are installed inside the unit. Attached is a picture of the actual filter that was in the unit at Jefferson.” A photo of the new filter is included below. The original photo shows a grate, not an air filter, and the caption has been updated.

South Orange and Maplewood public schools are on track to reopen Tuesday morning for the first time since they closed 10 months ago due to climbing COVID-19 infections, despite last-minute pleas, a walkout and a petition by the local teachers union for a delay until educators have a chance to be vaccinated.

Yet even as many teachers and students are set to return to their classrooms, the South Orange-Maplewood Education Association shared with its members more than 180 specific issues union representatives witnessed during walk-throughs in all of the school district’s buildings last week, according to a union email obtained by the Village Green. 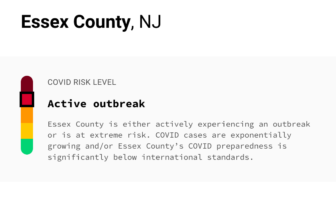 In a video released on Monday, Superintendent Ronald Taylor cited Gov. Phil Murphy’s Executive Order 175 from August, which states, “Districts that can meet the health and safety protocols shall open to students for in-person instruction in the fall.”

Taylor also said that the South Orange-Maplewood School District met with its health experts on Wednesday, Jan. 13, and “at their recommendation” would extend the limited third phase of its six-part return-to-school plan and delay the start of Phase 4, which would extend in-person learning to all elementary-school students.

For now, only students in Pre-K through second-grade, sixth, ninth and English language learners (ELL) and those receiving special services will have the option for in-class instruction.

“Please know that we, as district leaders, rely on the science and data available to us — and our health professionals and Department of Health — to guide us in our decision making,” Taylor said. “We are also aware that COVID continues to be a very serious issue in our local community, state and country.”

Taylor also noted that out of a student body of more than 7,000, no more than 800 pupils would be attending the in-person classes on any day, with some buildings hosting as few as 70 children. “This reduction in capacity and density represents our caution, but also our commitment to engage the most vulnerable students in our community,” he added.

In their walk-throughs of all SOMSD buildings, union representatives observed a wide variety of concerns, according to the email SOMEA shared with its members on Monday. 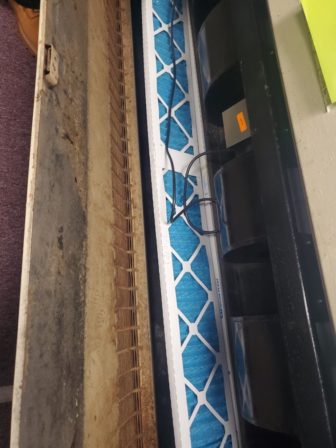 SOMSD on Tuesday shared a photo of a new air filter that was installed at Jefferson Elementary School.

In one South Orange Middle School sixth-grade math teacher’s classroom, one rep wrote, “The windows need to be repaired because they are basically sealed shut. One window in the back of the room is incredibly difficult to open and a textbook needs to be placed in it to keep that window open.” More than a dozen rooms had problems with inoperable air vents, missing filters or a lack of windows, including the library and computer room.

Seventeen filters at Maplewood Middle School were missing, incorrect or dirty, including one with oil on it.

About 10 rooms at South Mountain Elementary School had vent motors that were missing or not working, four of which were second-grade classrooms that were expected to house students on Tuesday. All classroom space at the Annex appeared to be properly equipped.

At Columbia High School, a union representative cited problems in the A-wing (“Completely manual operation of ventilation due to no univents. This is inadequate.”) and in the D-wing (“Does not have enough window openings as one is used for an AC unit. This is inadequate.”). The notes also included concern about how students who become ill would be isolated and allowed to exit the building, and said that all windows in all usable rooms need to remain open for adequate ventilation. “This puts severe stress on the ventilation systems, which could cause a breakdown, especially if the pipes freeze due to the temperature.”

At Tuscan Elementary School, 16 univents, which draw fresh air into classrooms, were found to have no motors, no filters or both. 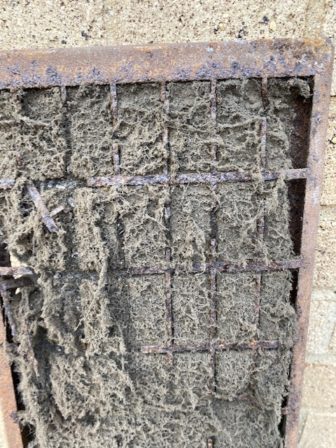 A ventilation grate appears dirty at Jefferson Elementary School, as seen in a photo by a SOMEA representative last week.

Similar issues were cited at Clinton, Jefferson, Marshall and Seth Boyden elementary schools. Photos of a dirty air filter at Jefferson were also included. Information about Montrose Early Childhood Center was not available as of Sunday evening.

The Village Green reached out to SOMEA and school district officials.

The issue of inadequate ventilation and malfunctioning equipment recalls SOMSD’s abrupt U-turn in October, when it discovered that filters that were supposed to have been installed ahead of a mid-November reopening were, in fact, missing. The revelation drew ire from several Board of Education members, who pledged to restore the community’s trust in the school district.

In a letter issued Monday, BOE President Thair Joshua acknowledged concerns about COVID-19 infection rates, noting that Essex County is experiencing an active outbreak with 65.7 daily new cases per 100,000 residents, as of Jan. 18.

“One of the recommendations during an active outbreak is to close schools,” he wrote. “However, we need to apply a local lens to the data.”

Joshua noted that the combined population of South Orange and Maplewood represents approximately 5 percent of the total population of Essex County. “We know the 65.7 per 100k case rate is not evenly distributed throughout the county,” he added. “If it was, then all Essex County schools would be closed by their respective health departments due to community spread.”

The Newark school district, the state’s largest district, pushed back returning to classrooms until April 12, NJ.com reported. Jersey City is extending all-remote learning until April 21, and Trenton has delayed the resumption of in-person classes to May.