Update, Jan. 8: The article has been updated with a comment from SOMEA President Rocio Lopez, and with information on neighboring districts.

Less than two weeks before South Orange and Maplewood students are set to return to their classrooms for hybrid learning, the local teachers union asked Wednesday that the school district postpone in-person learning until educators have had a chance to be vaccinated.

“As the number of cases, and especially deaths, continue to grow exponentially in New Jersey, and a new, more contagious strain of the virus … has arrived, the importance of postponing the return is paramount,” wrote the South Orange Maplewood Education Association (SOMEA) executive board. “The new variant from the UK is assumed to be here in New Jersey already, and reports have come in from New York City confirming cases of the strain.” 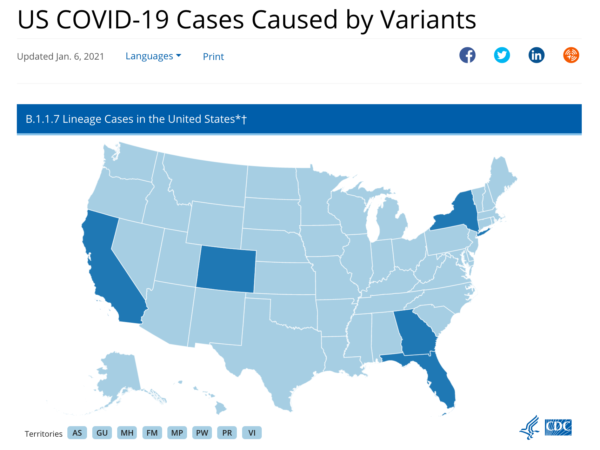 Village Green reached out to the South Orange-Maplewood School District for comment on the letter, which was read during the public speaks portion of Wednesday’s Board of Education meeting.

SOMSD first closed schools in March to help stem the spread of COVID-19. In August, the teachers union successfully pushed the district for an all-remote return to school in the fall.

In October, SOMEA raised concerns about preparations being taken for a planned return to in-person learning the following month, after third-party inspections led to the discovery that critical ventilation equipment fixes that were supposed to have been completed had, in fact, not been made. The district then scuttled their plans for a reopening and pushed the date back to late January.

In an update last month, Superintendent Ronald Taylor held a virtual town hall to provide details about the school district’s preparations and precautions to bring teachers and students back to their classrooms. Business Administrator Paul Roth said that work on ventilation and HVAC systems was proceeding as planned and the work should be completed in time for the January 19 reopening.

In an email obtained by Village Green from the Maplewood Middle School SOMEA to its members earlier on Wednesday, the union said they had requested a third-party inspection of ventilation work “a number of times and the district continues to say they are not ready. SOMEA will continue to ask for a third party inspection before the return date.”

Asked for a response, district spokesperson Anide Eustache told Village Green, “Work and third-party inspections are moving along and we will provide an update to the community in the next few days. The School Business Administrator’s Office is currently working with SOMEA to coordinate/schedule walkthroughs of the buildings.”

On Thursday morning, Eustache said, “As a follow-up to your question, 3rd party inspections have been scheduled for both SOMEA and our architect. All filter upgrades have arrived and work has been ongoing to ensure that all units are completed by school reopening. We will be providing more detailed information to the community tomorrow.”

“SOMEA has been advised by the district that they expect the inspections to occur on Wednesday, Thursday, and/or Friday of next week but SOMEA has not received confirmation of a schedule with times,” said SOMEA President Rocio Lopez in an email to Village Green on Thursday. “Significantly, teachers are being directed to return prior to any inspections.” Teachers are required to return to school by no later than January 13.

With local coronavirus vaccinations underway amid a global pandemic that has now killed more than 360,000 people in the United States, including 19,523 deaths in New Jersey, the teachers union pleaded its case as a safety precaution for essential workers.

“Vaccinations are on the horizon. It is only a matter of weeks before our group can begin to qualify,” the letter said. “We have so much to lose, and being so close to a visible timeline of administering vaccinations, we believe that returning at this time would be a reckless decision, as it would put the physical health of students and staff at risk.”

Several other nearby districts, including Newark, Jersey City, Bloomfield and Nutley, have changed their plans to return to in-person learning as COVID-19 cases rise. As of Thursday, Jan. 8, every region in New Jersey was classified as “orange” indicating high virus activity.

Others are planning a return to or a continuation of hybrid learning, including Chatham and Millburn. In Millburn, all schools are remote through January 15; middle and high schoolers return to hybrid classes on January 19, while elementary schoolers return on January 25 to a five-days-a-week, 4-hour day schedule, according to spokeswoman Nancy Dries.

“All, of course, is contingent on health conditions,” said Dries.

New Jersey has opened vaccinations to health care workers and staff of long-term care facilities in Phase 1A and will begin offering COVID-19 vaccines to law enforcement personnel, firefighters and other essential workers beginning January 7.

“We miss our students. We miss our classrooms and schools. We want to be back in our buildings,” the letter said. “Our schools right now are just not safe enough, especially given the changing nature of the virus with the introduction of the new variant.”

The U.S. Centers for Disease Control and Prevention (CDC) acknowledged in a January 3 update that a COVID-19 variants had been discovered around the world. A recent variant, known as B117, has been confirmed in cases recorded in California, Colorado, Florida, Georgia and New York as of January 6.