On crisp and chilly Saturday morning, the South Mountain Fusion Girls U15 soccer team faced the Belles of Belleville to complete an awesome season with determination and style.  This was a rematch of their October meeting where Belleville had prevailed 5-3.  During the intervening weeks, the Fusion, under the guidance of Coaches Aaron Archer and Philip Suraci, re-dedicated themselves to training and teamwork.  Their efforts were apparent by their terrific play versus a capable opponent.

The intensity of competition vanquished the cold as the Fusion met Belleville head on.  Though deft with ball control and passing, Belleville was not able to penetrate the Fusion defense led by Sydney  Davis and Catherine Nolan in the center and Schulyer Newman, Naomi Abrams, and Isabel Dupre on the outside.  The brilliant goal keeping of Charlotte Dupre repelled Belleville’s attack again and again. 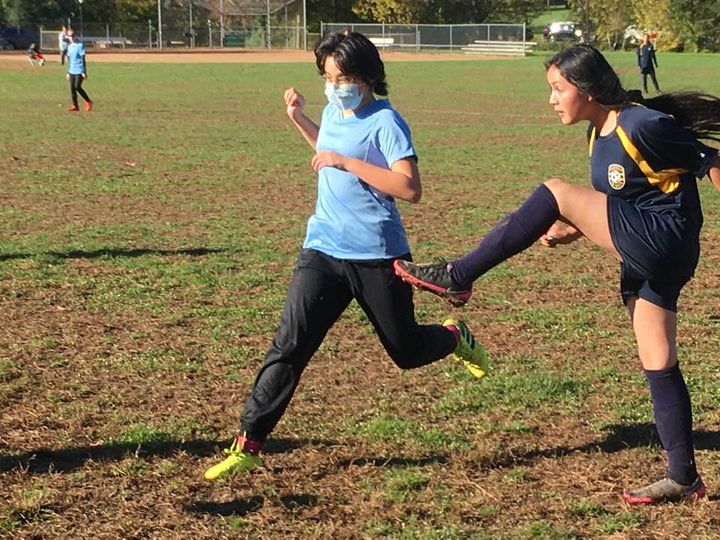 Nicola Suraci fights for the ball.

The midfield of Coco Fox and Nicola Suraci were able to bring the ball forward to Leyu Girma in the center and Isabelle Archer and Francie Christensen on the outside.  Midfielders and forwards showed what they had been learning in practice and put together beautiful passing sequences.  Still, Belleville was equally strong on defense and the teams played through 3 quarters to a 0-0 tie. 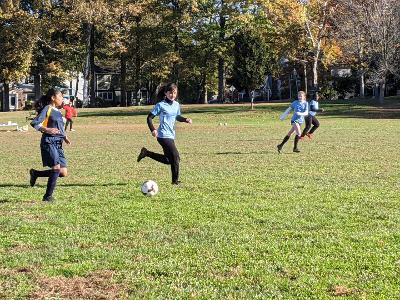 The breakthrough happened in the 4th quarter when Belleville was able to poke the ball out of a scrum in front of the goal and it somehow found the back of the net.  Belleville was a 1-0 victor.  The Fusion were defeated but not deflated!  The visiting Belleville coach remarked how much the team had improved and pronounced the Fusion ready to compete in the Suburban Youth Soccer League (SYSL) next season. 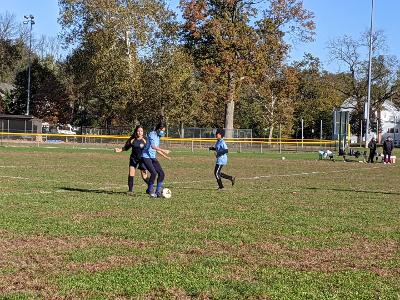 Isabelle Do passes to Leyu Girma

The Fusion’s season this Fall was comprised of scrimmages with teams who are part of the SYSL.  Because of Covid-19, South Orange and Maplewood have been without a town sponsored league for almost two years.  Recreation soccer plays a vital role in providing an affordable opportunity, both in terms of dollars and time commitment, for kids of all abilities to play. The Fusion has played on their own since the Fall of 2020 and will join the SYSL under a new name, SOMA F.C., for the Spring of 2022.