written by Biff Harper May 8, 2022
0 FacebookTwitterPinterestEmail

A new era has begun for youth soccer in South Orange and Maplewood as the U15 girls of SOMA FC have started play in the Suburban Youth Soccer League.  Founded in 2017, the SYSL was established with the mission to provide a well-organized, competitive, educational, recreational soccer experience for all kids, no matter their skills sets.

From their website: “The SYSL seeks to instill positive character building traits in its youth participants through the demonstration of good sportsmanship, respect for others, responsibility, fairness, caring, and good citizenship.”  Beginners as well as experienced players are welcome.  All players are mandated to to play at least half of every game.  These aspects were of particular interest to SOMA FC volunteer dad/coaches, Philip Suraci and Aaron Archer, who were interested in growing the sport of soccer in South Orange and Maplewood and to have a team where friends could play with friends, even if they hadn’t started to play the game in elementary school.

SOMA FC  is a re-branding of South Mountain Soccer—done to reflect soccer’s growth in the US and to invite more kids from both Maplewood and South Orange to play together.  The team is under the auspices of the South Orange Department of Recreation, with the leadership and support of Peter Travers and Sara Keffer.  Though the U15 girls are the first team to join the league from South Orange and Maplewood, next Fall 2022, teams will be open for girls and boys teams from U11, U13, and U15.  The number of teams will be determined by the number of sign-ups and adults willing to take responsibility to organize the kids. 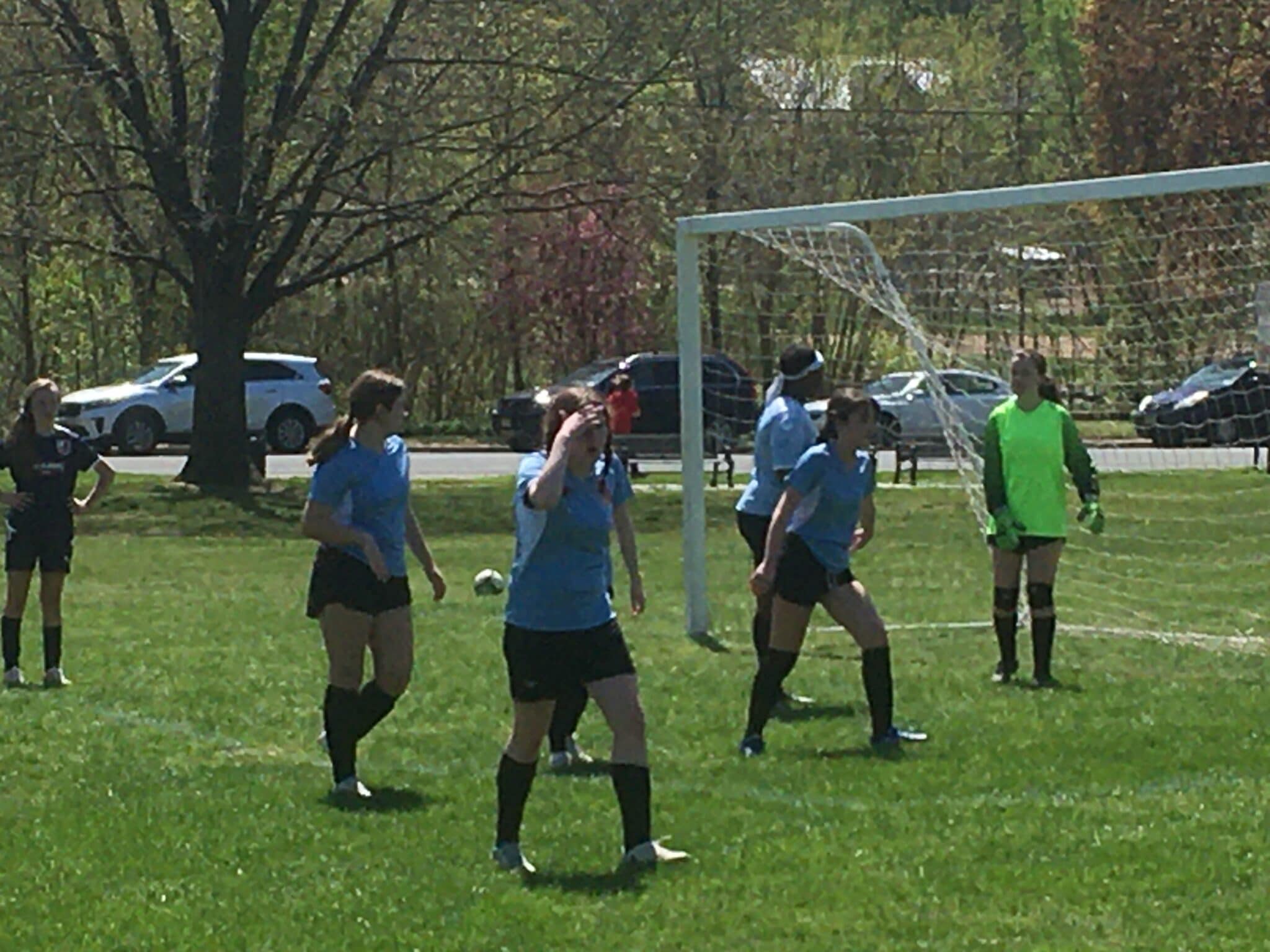 Sunday, May 1st, Floods Hill, South Orange—SOMA FC ties the Westfield Thorns 3 to 3.  In a back and forth game between well matched opponents,  the first goal in SOMA FC history was scored by Isabelle Archer early in the first half.  The knock in smash reflected the developing passing skills of the forward line of Archer, Leyu Girma, and Sadie Howell in concert with the midfield of Zippy Weiss, Nicole Kiage, and Nicola Suraci.

But Westfield has skills of their own and quickly countered.  In fact, Westfield came upon the defense of Schuyler Newman, Coco Fox, Georgia Mischkot, Isabel Dupre in wave after wave, only to be repelled time and again.  We’re it not for a questionable handball call resulting in a penalty kick, SOMA would have gone into half-time tied.

The locals comprise a team whose motto is “Never Give Up” and the second half had the girls live up to it.  The seamless integration of Francie Christensen and Isabelle Do on offense and Naomi Abrams and Molly Graham on defense brought fresh legs on the pitch during this test of endurance.  The girls ran hard with passion and grit for a full 80 minutes. 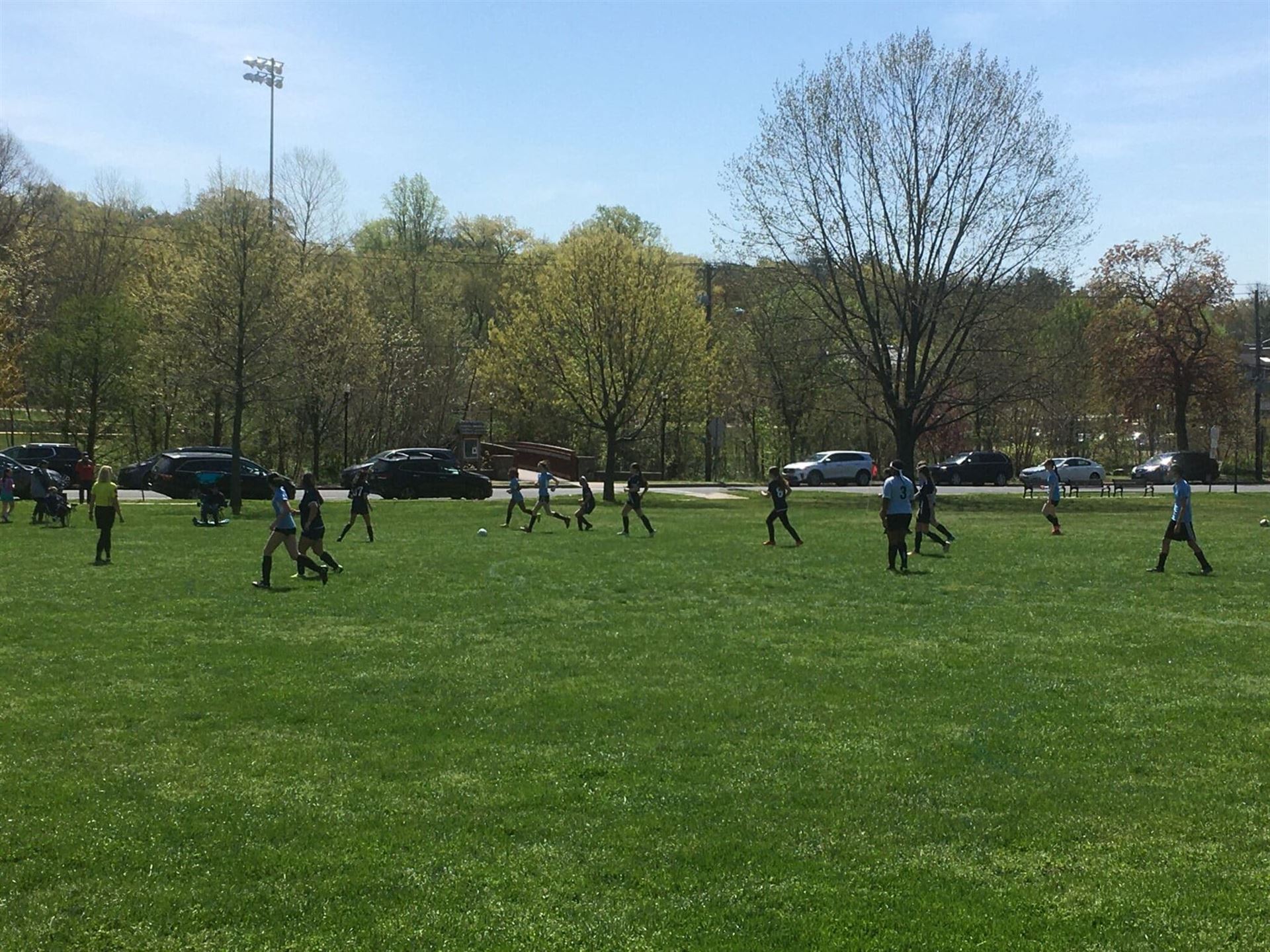 Sydney Davis unleashed a rocket from the 20 that was far beyond the Westfield keeper’s grasp.  The score was tied again!  SOMA FC’s keeper, “Pillar of Marble”, Charlotte Dupre was clearly, the most valuable player on the pitch—showing courage and aplomb that inspired her teammates to redouble their efforts.

Yet, Westfield was not finished—and had one more ball in the back of SOMA’s  net to take the lead.  But with less than 2 minutes to go,  SOMA’s Nicole Kiage took a corner kick that curled the ball into the lower near corner of Westfield goal.  The ball was in, the score was tied 3 to 3 as time ran out.  The never give up spirit, indeed! 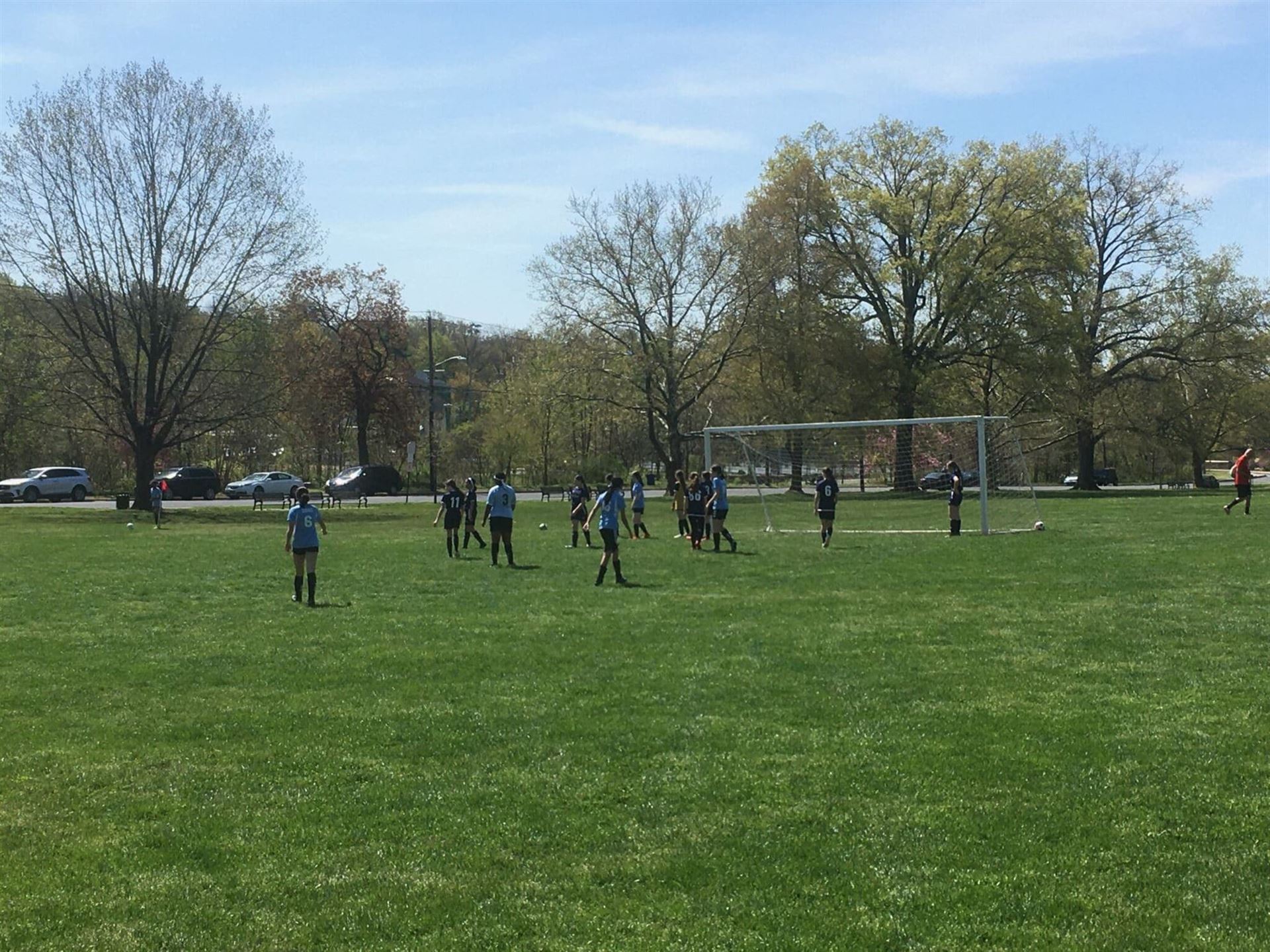