The Maplewood Township Committee voted 4-1 Tuesday to approve a resolution entering into a contract with the Associated Humane Society of Newark for animal control services. Township Committeeman Jerry Ryan was the dissenting vote.

The contract, which would cover both sheltering and animal control responsibilities, would be in effect for 2015. The decision likely means the termination of the township’s current animal control officer, Debbie Hadu.

The town has had a temporary contract with AHS to serve as a holding facility for strays, since the closing of the Jersey Animal Coalition, which served both Maplewood and South Orange.

There were roughly 25-30 people in the audience, many of whom spoke in favor of retaining Hadu and against contracting with AHS.

Before the vote, Hadu, clad in a red “Animal Control Officer” sweatshirt and accompanied by her union representative, took to the podium to make the case for saving her job. She offered a proposal wherein Maplewood and South Orange would work together operating a non-profit animal shelter, using each town’s animal control officers to run it. They would utilize the services of a local vet to spay and neuter animals; a cat rescue organization would rent a room in the shelter to take in stray cats and kittens. Furry Hearts Rescue would continue to run the township’s Trap Neuter Return program.

Hadu also noted that as the only Essex County ACO certified in wildlife rescue, she saves the town roughly $10,000 per year by providing that service without extra charge.

Keeping animal control in house would be more cost-efficient in the long run, Hadu said, and would enable the town to maintain a fast response time. (Maplewood would pay AHS just over $40,000, roughly equivalent to Hadu’s salary, said her union rep.)

“It’s all about animals, not politics,” said Hadu, who is a Maplewood resident.

Speakers decried the AHS’s high kill rate and “filthy” conditions, and several told stories of how Hadu had gone above and beyond to save and rescue lost and injured animals. One man said she saved his dog’s life after the animal escaped from his house during a storm. Another recalled Hadu retrieving a dead cat out of a dumpster so its body could be returned to its owner.

People noted that Hadu was an integral part of the community and worried how moving away from local animal control would damage Maplewood’s small-town feel.

Associated Humane’s assistant director, Scott Crawford, said the organization had rescued 59 animals (mostly cats) in Maplewood in 2014. He said the AHS offered a number of different animal-related services and had six full-time employees on staff.

He invited anyone to come to the shelter at any time to inspect the facilities. “Over time, we will build a relationship with you,” he said.

He denied that the shelter had failed several state inspections. “We have not failed an inspection as long as I’ve been there,” he said. The shelter received numerous violations during an inspection in 2009, which were later addressed, said Crawford.

Some members in the audience booed as Crawford spoke.

Some wondered why the town was considering making a change at all. “If it ain’t broke, don’t fix it,” said one speaker.

Ryan asked if it would be possible to continue to contract with AHS solely for on-call, animal holding services. Crawford said the organization now only enters into full-service contracts. Ryan asked Township Administrator Joseph Manning if the decision could be postponed. “No,” said Manning. “We have no place to take our animals.”

Mayor Vic DeLuca asked Crawford if the town could continue with the current contract until the township could proceed with phasing out Hadu’s position. Crawford said he would ask his Board of Directors but indicated it was unlikely.

Township Attorney Roger Desiderio said the contract could be terminated at any time with 60 days notice.

“I understand the relationship the community has with Ms. Hadu, [but] our options are very limited,” said Township Committeewoman India Larrier, who chairs the Board of Health.

“She’s caving,” one audience member could be heard to mutter.

“I’m not comfortable voting for this. I’m a no,” said Ryan to applause from the audience.

Health Officer Robert Roe said the town had received an estimate from one other local shelter, which was twice as expensive as the Associated Humane’s. Ryan asked if the town had sought other estimates for sheltering only. Roe said, “We didn’t look for that.”

Members of the audience hooted and hissed. “Oh, come on!” said one man. Manning pointed out that South Orange has looked into other options, to no avail.

The town will be paying both AHS and Hadu for a short time, until her position officially ends, said Manning. 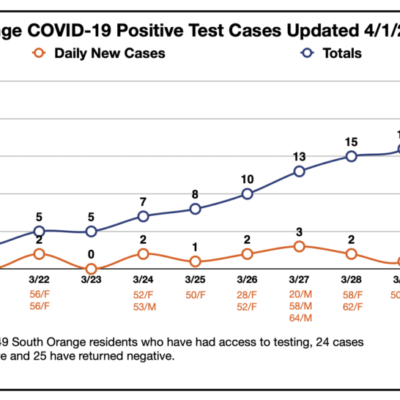