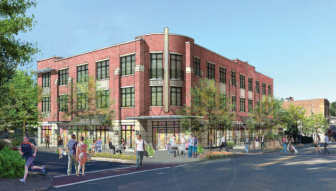 The Maplewood Planning Board voted 9-0 to grant final site plan approval to Maplewood Redevelopers, LLC, to construct a mixed-use, 20-unit residential and retail building at the site of the former Post Office in Maplewood Village.

The Township closed on the sale of the site last month. Read more about the deal here.

The vote came Tuesday night. The board discussed several deviations and waivers the developer had requested, said board chair Tom Carlson, including the following:

There were other items detailed in a memo from Bratt (see attached) of specific responsibilities of the applicant pursuant to the previously granted preliminary approval. “It was noted that several of these items could not be completed at this time but would be resolved during detailed architecture and engineering design,” said Carlson. “These items were assigned to Mr. Bratt for follow-up oversight.”