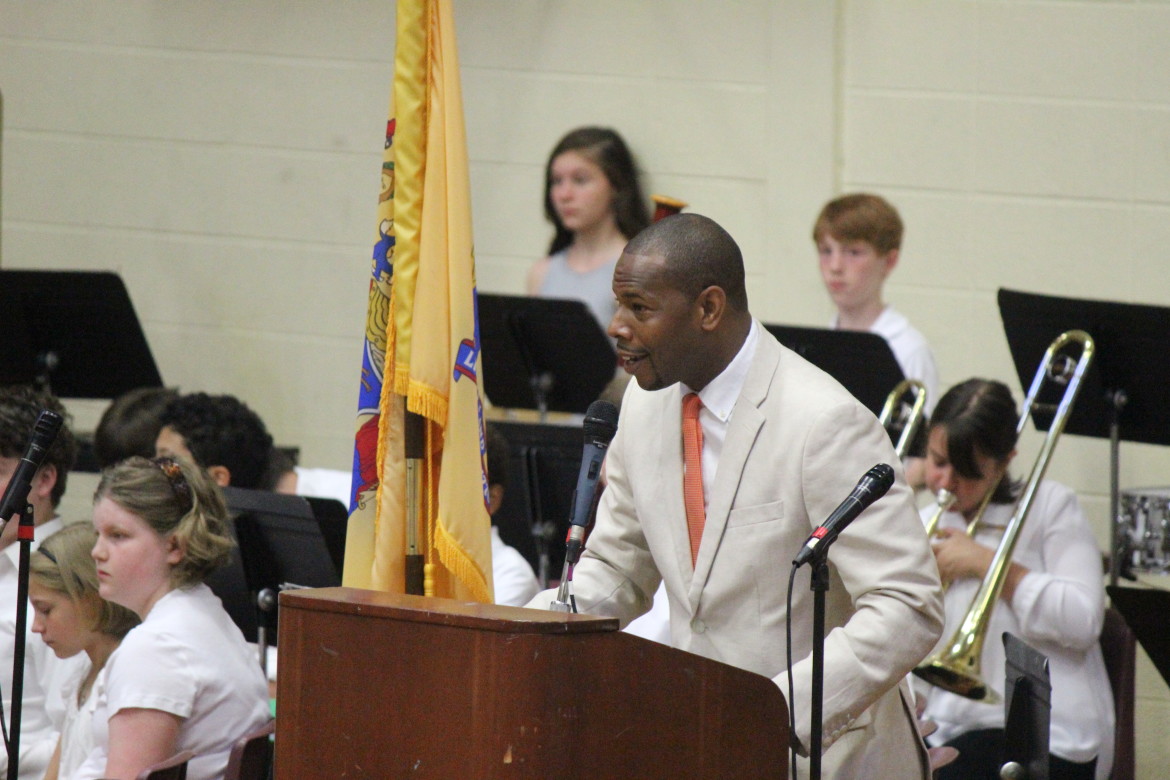 Updated June 23, 10:51 a.m: Regarding a rumor that MMS Principal Jerrill Adams resigned because his contract was not renewed, Superintendent of Schools Dr. John Ramos has responded, “The contract WAS renewed. Mr. Adams resigned.”

Jerrill Adams has resigned as principal after just two years at the helm of Maplewood Middle School, submitting his resignation shortly before Monday’s Board of Education meeting.

“Mr. Adams has brought his strengths as an instructional leader who cares deeply about kids to his two years at Maplewood Middle School,” wrote South Orange-Maplewood Superintendent of Schools Dr. John Ramos in an email. “We wish him well as he moves beyond Maplewood South Orange and advances in his career.”

According to a district spokesman, the resignation was a last minute addition to documents included with the June 20 Board meeting agenda. The spokeswoman said that the she did not have information on where Adams was bound. Adams has not yet replied to an email request by Village Green.

Adams made no mention of his resignation at today’s Maplewood Middle School 8th grade graduation, instead keeping the focus on the students.

“Choose your friends wisely,” Adams advised the students with regard to navigating high school. In a warm and personable address, Adams joked with the students that they “cleaned up nicely” and told them that he fully expected to hear from them about where they would be going to college after their high school graduation.

The South Orange-Maplewood Board of Education appointed Adams as principal of Maplewood Middle School on Sept. 22, 2014. Adams replaced Jeffrey Truppo, who resigned at the end of the 2013-2014 school year.

Prior to MMS, Adams spent most of his career as a teacher and administrator in the New York City Department of Education.