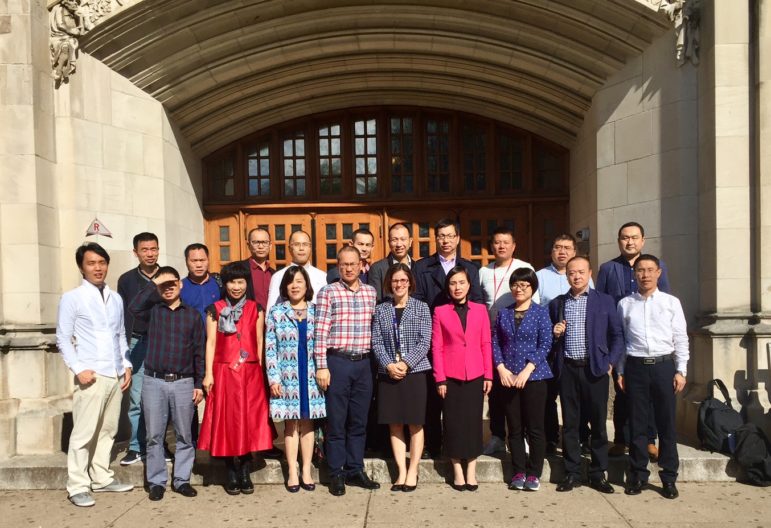 The halls were packed as usual when the morning bell rang at Columbia High School on October 25, but among the throng was a crowd of people who were new to CHS.

Approximately 20 Chinese educators had to come to CHS to observe public education in the U.S. and bring back ideas to benefit students in China. The visit was arranged by Dr. Michael Searson, Executive Director of Kean University’s School for Global Education and Innovation, with the help of local parent Bob Lyons. Searson leads Kean’s partnership with a school in Wenzhou, China.

The educators were divided into two groups and given a schedule of classes to shadow, each for 15 minutes. The classes included Mandarin, chorus, dance, chemistry, English, band, algebra, biology, Spanish, U.S. history, photography, art and computer science. They then had a 30-minute lunch break in the cafeteria, followed by an open faculty meet and greet, before leaving for Seth Boyden School.

Due to the small number of translators, and since not many educators could speak English, there wasn’t a lot of communication with the CHS community. The educators primarily took notes. And lots of pictures. 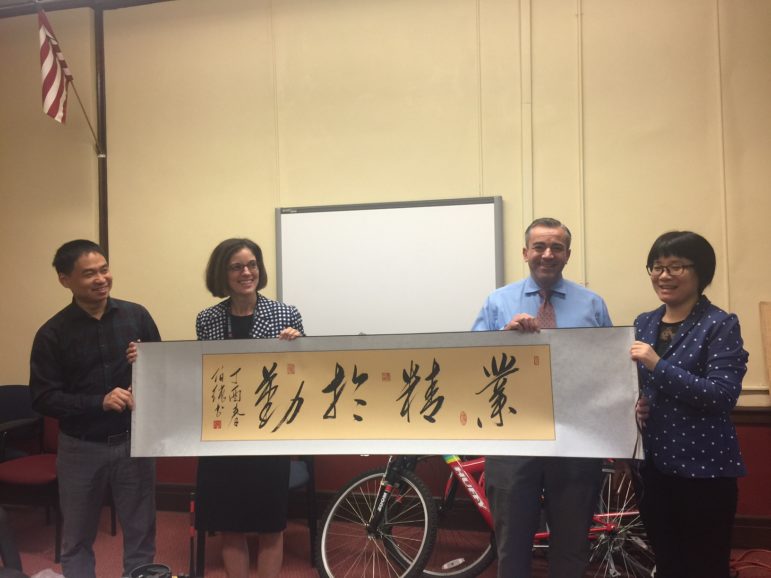 The visitors were fascinated by the creativity that went into not just the lesson plans, but also the physical appearance of the classrooms and hallways. They felt this encouraged a “feeling of comfort,” according to Wu Yong Yuan, one of the educators.

Some similarities between the schools in China and CHS that Mr. Wu noted were “how polite the students were and how engaged the teachers were.”

The main difference that Mr. Wu noticed, and something that he is planning on taking back to China, is how much more freedom the students at CHS have in choosing the classes they take.

Another difference is the system of “leveling” at CHS, which has been a controversial topic locally a number of years. In China, Zhang Xiaoqing, another educator, recognized  “there aren’t levels based on intelligence … the students are in classes based on their grade.” This “makes the job of the teacher very difficult,” Ms. Zhang explained, although she agreed it was certainly “a lot more fair” than the system of leveling at CHS.

When asked if they benefited from coming to this school, the answer was unanimous: definitely, and they were extremely grateful to CHS for the opportunity. Chen Wen, another educator, went even further, adding that all teachers should have the opportunity to “observe other schools from other countries, because they will surely benefit as well.” 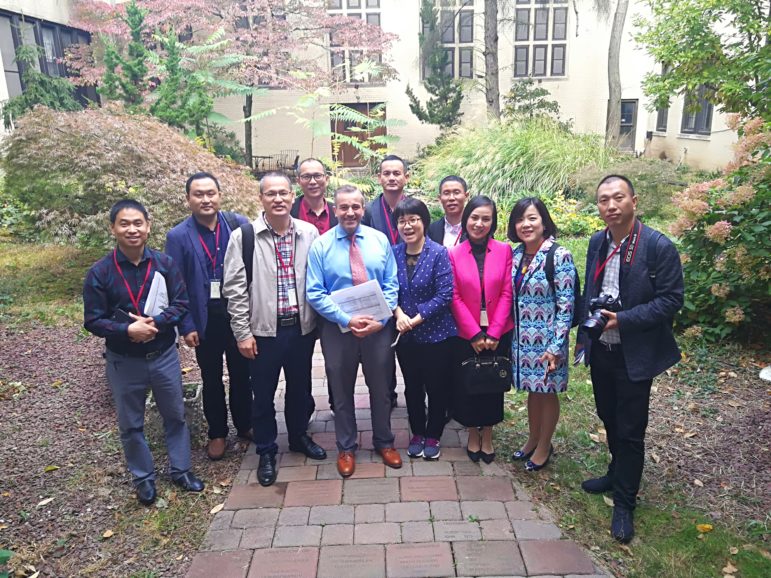 Hadriana Lowenkron, a senior at Columbia High School, writes for The Columbian and is a frequent contributor to VillageGreenNJ.com.