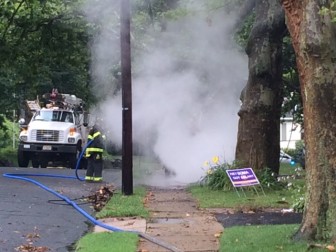 Lightning from a severe thunderstorm struck a high voltage power line on Oakland Road Tuesday afternoon, sparking a large fire that turned a driveway into molten, smoking asphalt. No injuries or damage to the house were reported.

Maplewood Fire Department’s Engine 32 responded to the fire at a house in the 100s block of Oakland between Lancaster and Oakland Terrace and quickly extinguished it, according to a witness. The line was arcing, which led some to believe a transformer had been struck. 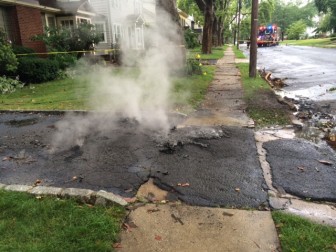 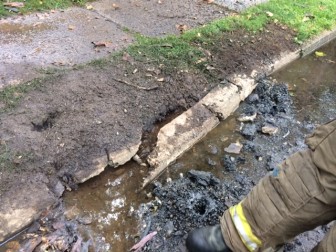 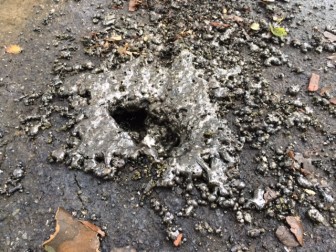 A loud bang could be heard, and then a large ball of orange fire and a lot of smoke were seen before PSE&G cut power to the line and firefighters extinguished the fire.

The storm led to other power outages in several sections of Maplewood and to a lesser extent, South Orange, according to PSE&G’s outage map.