On July 5, the South Orange Police Department presented Nadine Wright-Arbubakkr with a $2,442 check to support the work of Nassan’s Place, a nonprofit located in East Orange whose mission is “to make a difference in the lives of children and families affected by autism in and around under-served communities by providing educational and recreational programs, social outings, and resources.”

According to South Orange Village President Sheena Collum, the effort was led by SOPD Officer Nicholas Lonero and sponsored by South Orange PBA Local 12, as South Orange police officers, along with members of the town’s Community Police Collaborative, sold Autism Awareness patches during the month of April to support “this very worthy organization. They are celebrating their 10 year anniversary this year and Nassan also turns the big 1-8! Congrats to all on a job well done! ” 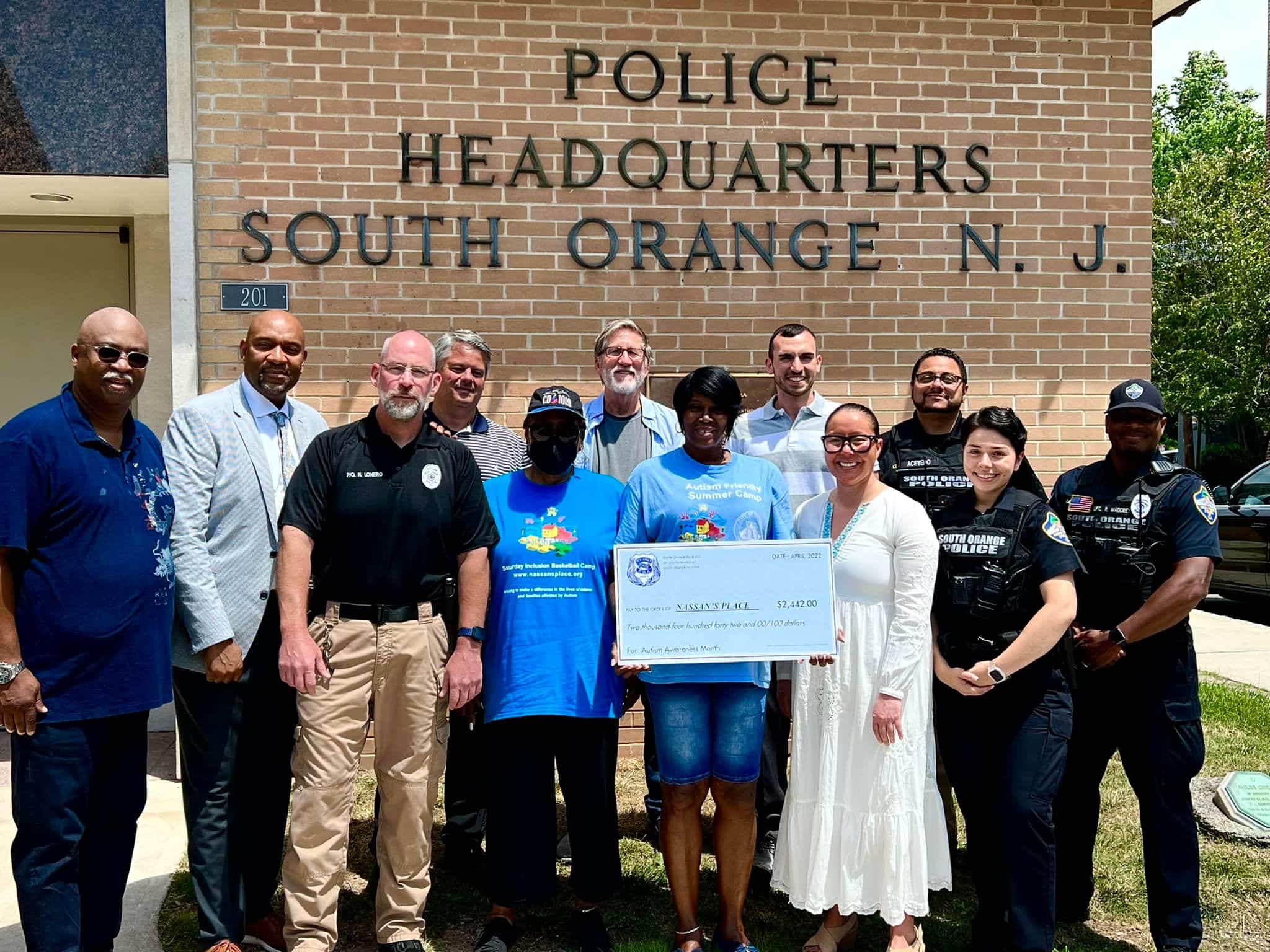