Join film critic Stephen Whitty on Tuesday, February 9 at 7:30pm for an online lecture on Hollywood’s fascination with democracy — and how the movies’ love of image and artifice have helped transform our politics and politicians.

Washington, goes the old joke, is just Hollywood for homely people, but the two cities have long had a fascination with each other and with each other’s hometown industries. That relationship has changed though — from the movies’ mostly idealistic view in Mr. Smith Goes to Washington through the passionate outrage of A Face in the Crowd to the cool cynicism of The Candidate.

Students are asked to watch the films on their own in advance of the lecture. Click here to register. 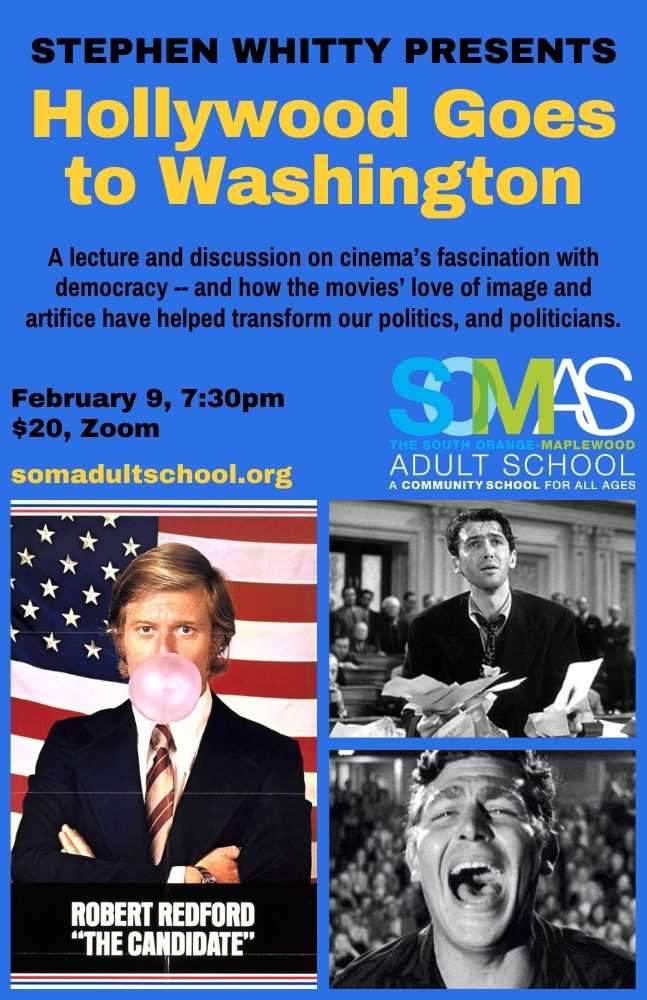 STEPHEN WHITTY has been a writer and critic for the Star-Ledger, the New York Daily News, nj.com and Fortune.com, as well as a college lecturer, film festival host, interviewer and juror.