The Village Green May 9, 2020
0 FacebookTwitterPinterestEmail

Guitar virtuoso Stephane Wrembel, recently profiled on the popular NPR radio show “Fresh Air,” will live stream a series of solo performances from Monday, May 11th through Friday, May 15th at 3:00 p.m. EST on his Facebook page.

Stephane Wrembel is one of the preeminent guitarists in the world specialized in the style of the legendary master of the guitar, Django Reinhardt. Since 2001, Wrembel has released over a dozen critically acclaimed recordings including a series in tribute to Reinhardt under the nom de plume, The Django Experiment.  The Aquarian recently said, “Stephane Wrembel just might be the greatest acoustic guitarist alive.”

Wrembel is most known for his Grammy Award®-winning composition “Bistro Fada” from the Academy Award®-winning Woody Allen movie “Midnight In Paris.”  Wrembel is the composer for Woody Allen’s upcoming film, “Rifkins Festival,” starring Gina Gershon, Christoph Waltz, Wallace Shawn, and Louis Garrel.  The film is tentatively scheduled for release in the fall of 2020.

Wrembel is also the producer of the annual Django A Gogo Festival.  Since 2003, he has brought together some of the finest musicians in the world equally influenced by Reinhardt to celebrate the Sinti guitar style.  Django A Gogo 2020 is scheduled for October 6th to October 8th at The Woodland in Maplewood, N.J. and The Town Hall in New York City.  More details may be found here.

While Wrembel’s last series of live streams featured twenty interactive mini concerts, this upcoming series will strictly include solo performances of 2-3 select compositions from his 2019 release, Django l’impressionniste, a recording that put the spotlight on 17 little-known solo pieces between 1937 and 1950 by the.  Wrembel is the first interpreter who has performed all of these solo pieces and collected them in one definitive masterwork.  The liner notes for the project were by renowned music scribe, David Fricke. 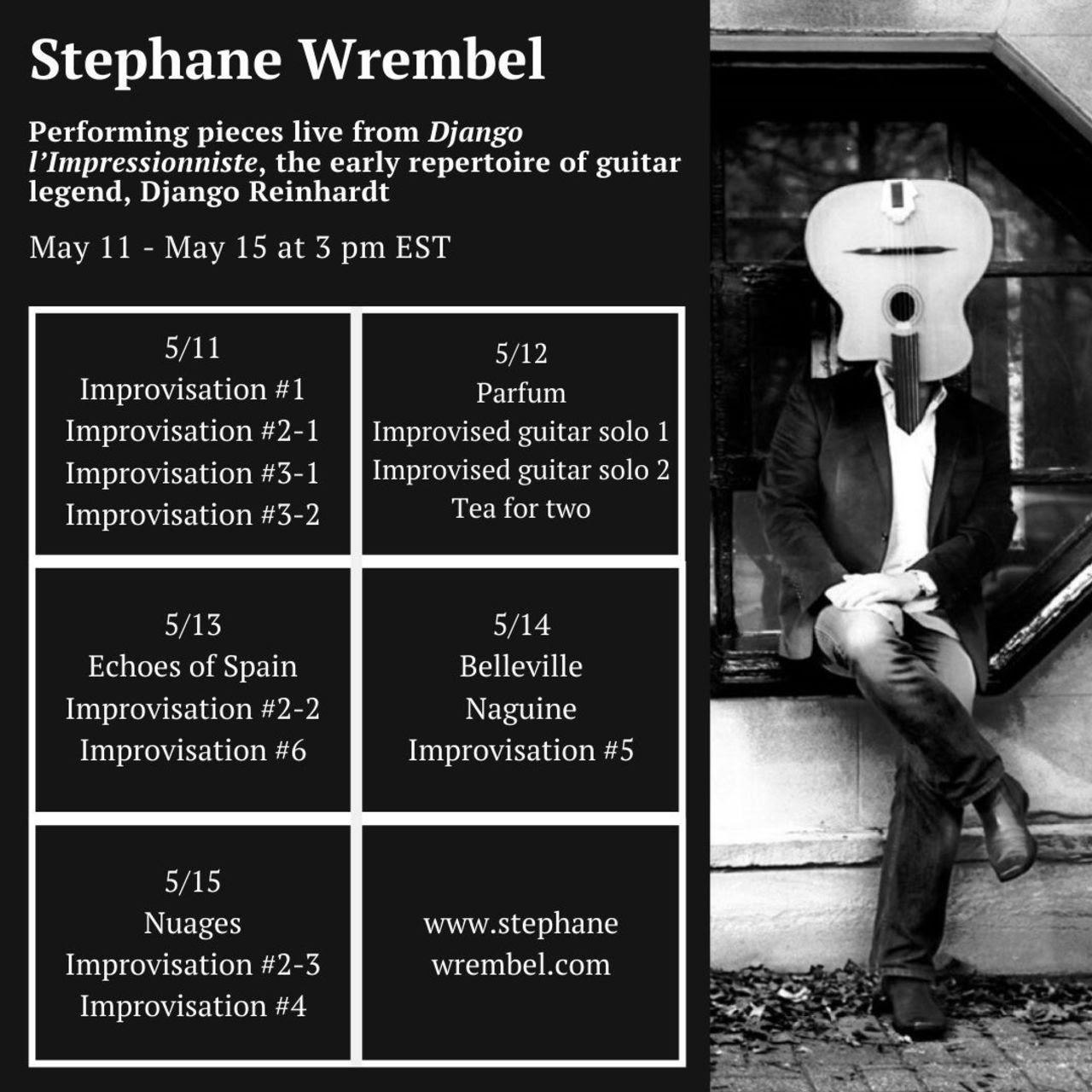