From the Autism Science Foundation:

The Autism Science Foundation (ASF), a not-for-profit organization dedicated to funding and supporting innovative autism research, today announced the appointment of Jonah Zimiles, Founder and Managing Principal of [words] Bookstore in Maplewood, New Jersey, to its Board of Directors. The announcement was made by Gregg Ireland, Chairman of the ASF Board of Directors, and Alison Singer, Co-Founder and President of ASF.

As a member of the Board of Directors, Zimiles will help guide efforts to support autism families and researchers. In addition, he will also help set the direction for ASF’s fundraising as well as increase awareness of autism spectrum disorders.

In addition to supporting people with autism, Zimiles has also grown [words] to become a nationally recognized independent bookshop. Publishers Weekly named [words] as one of five finalists for Bookstore of the Year in 2020, and the shop consistently welcomes high-profile, award-winning authors to share their work. The Zimiles opened [words] after Jonah graduated from Columbia Business School with concentrations in management and social enterprise.

Before opening the bookstore, Jonah spent a dozen years as a practicing attorney, then four years as an endowment director of a major national charity, followed by six years as a stay-at-home Dad managing his son’s autism-services home program.

“Jonah is a dynamic leader who intimately understands the challenges autism families face,” said Singer. “As someone who has given more than 100 people with autism employment or provided vocational training as well as a sense of community — all while also growing his community bookstore to national prominence — Jonah has demonstrated that he has the vision, determination and empathy we seek to help guide and grow ASF’s work and mission.”

“As a parent of a child with autism, I have experienced firsthand the value that ASF provides to families in funding, supporting and disseminating cutting-edge, scientific research that can make a real difference in many lives,” said Zimiles. “It is an honor to be invited to join the ASF Board of Directors, and I am committed to working with Alison and the other members of this distinguished group to support and advance ASF’s critically important mission.” 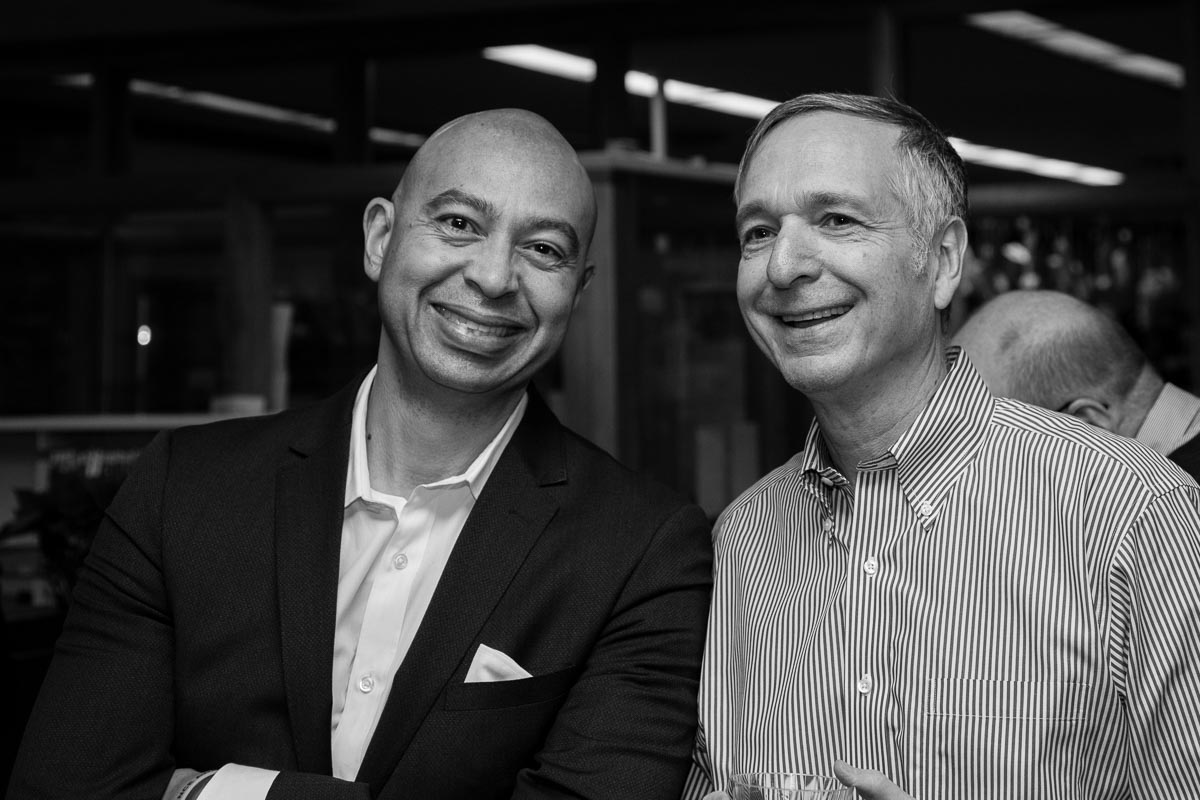 Frank McGehee and Jonah Zimiles at a 2017 event.

PHOTOS: ‘Many Saints of Newark’ Stars Shine at...