From the Township of Maplewood:

The Township of Maplewood together with the Community Service Department are pleased to announce Puerto Rico Native, and Maplewood Resident Ana De Archuleta as Director of the Division of Arts & Culture effective July 6, 2020. De Archuleta joins an exceptional team of female directors in Maplewood Township. 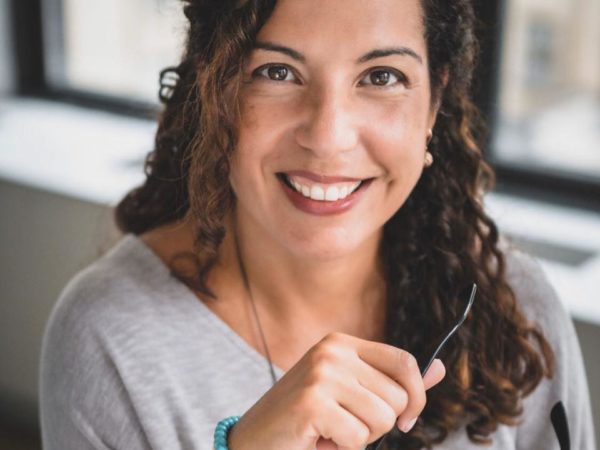 A strategic, results-driven, dynamic leader with 25+ years of experience in performing arts and business enterprises, De Archuleta has a strong commitment to furthering equity, diversity and inclusion in the arts. Melissa Mancuso, Director of Community Services Department is, “Thrilled to have Ana De Archuleta as the new leader of the Division of Arts & Culture. Ana brings a plethora of knowledge and experience to the township. We look forward to the innovative, inclusive and creative programming she is planning as well as her goal to tap into and support local artists, artisans and creatives in our community.”

Passionate about and engaged in the arts from a very young age, De Archuleta says, “The Maplewood community is full of accomplished artists and art lovers, eager to experience and share culture with their neighbors. I look forward to enriching our arts & culture scene. We have already started working on many exciting projects and initiatives. My door will be open to serve, strengthen and invigorate our creative and diverse town.”

De Archuleta will be working with the Community Services Department, the Maplewood Arts Council, the Maplewood Township Committee, The Springfield Avenue Partnership, Maplewood Village Alliance, Two Towns for All Ages, and the many local artists and arts organizations to enhance the offering of art & culture events all over town. De Archuleta has a wide variety of local talent lined up for Village Sunset Music Series, Springfield Avenue Gazebo Concerts, and Music Mondays at the Maplewood Farmers Market. Stay tuned for exciting programming details that will vibrate throughout the township.

Committeeman Victor DeLuca who serves as Liaison to the Maplewood Arts Council believes, “Ana De Archuleta encompasses not only a discerning eye and ear for the arts but the ability to take visions into actionable and comprehensive strategies that will resonate with the Maplewood community.”

De Archuleta’s vast background in the arts has played a major role in her success as an artist manager and arts programming consultant in both the national and international classical music industry. De Archuleta has served as Guest Lecturer/Faculty for Dallas Opera Hart Institute for Women Conductors, Washington National Opera, Rutgers University, Boston Conservatory, Arizona State University, University of Michigan, and the University of Cincinnati.  De Archuleta has also served as Co-Chair of Opera America’s Women’s Opera Network, on the Advisory Board of Seagle Music Colony, and as a panelist for the NEA 2017 Arts Works Opera Grants. De Archuleta is a sought-after mentor for young artists, as well as a judge for vocal competitions including Metropolitan Opera National Council.

Mayor Frank McGehee says, “Ana De Archuleta will serve as the cultural ambassador for the Township of Maplewood and provide leadership and strategic direction for the division, articulating the positive impacts of arts & culture in and for the Township.”

The mission of the Division of Arts & Culture, under the Community Service Department is to foster a creative community of artists and organizations, enhancing the quality of life for residents of Maplewood by ensuring that arts & culture experiences are inclusive and accessible to all.