The following is from Midtown Direct Rep:

Midtown Direct Rep (MDR) continues its 2015-16 Theater in the Loft series at the South Orange Performing Arts Center (SOPAC) with a staged reading of Evanston: A Rare Comedy, written by Michael Yates Crowley. This reading, directed by Michael Rau, will be performed for one night only on Sunday, January 10, 2016 at 7 p.m. at SOPAC (One Sopac Way, South Orange, NJ, 07079). The reading is $15 and open to the public. Tickets can be purchased at www.sopacnow.org or by calling 973-313-ARTS (2787). For direct link to purchase tickets, please Click Here.

MDR is offering a special discount for Village Green readers: purchase tickets by January 1, 2016 using the code MDREarlybird and get $5 OFF each ticket (online or at the box office) 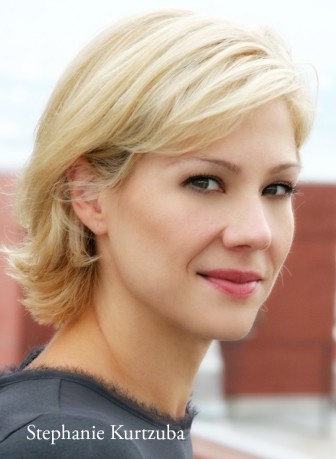 About the play
Evanston: A Rare Comedy begins with the disappearance of a teenage girl in deepest suburbia and ends when a meeting of the local Women’s Book Club goes horribly awry. In between, a housewife dreams of Mexico, an economics professor has an affair with a check-out clerk at Whole Foods, and the financial crisis rages on. Inspired by the words of Psalm 137 and the best-seller “Eat, Pray, Love,” Evanston: A Rare Comedy takes a look at Middle America and asks: how can we sing a song of joy in this strange land?

About playwright Michael Yates Crowley
Michael Yates Crowley is a Brooklyn-based playwright and performer whose work has been produced in New York, Chicago, Los Angeles, Berlin, Edinburgh, and elsewhere. His plays include Song of a Convalescent Ayn Rand Giving Thanks to the Godhead (premiering at A.R.T. in Oct. 2015); temping (53rd New York Film Festival/Convergence); Evanston: A Rare Comedy (2013 O’Neill NPC selection, 2015 Alliance/Kendeda Finalist); The Rape of the Sabine Women, by Grace B. Matthias (UMASS New Play Lab 2015); and The Ted Haggard Monologues (published by S. Fischer Verlag; filmed by HBO). In New York, his work has been seen at Lincoln Center, Joe’s Pub/The Public Theater, Signature Theatre, Rattlestick, 59E59 Theaters, PS 122, the Bushwick Starr, and Ars Nova. He is a Writing Fellow at The Playwrights Realm, a NYFA Playwriting fellow, a past member of the Soho Rep Writer/Director Lab, and graduate of the Lila Acheson Wallace Playwrights Program at Juilliard. Together with the director Michael Rau, he founded the theater company Wolf 359.

About Theater in the Loft
Midtown Direct Rep’s Theater in the Loft is a series of readings of new plays and musicals in development presented on Sunday evenings in the Loft at South Orange Performing Arts Center (SOPAC). With a cash bar and lively post-show discussions with the cast and creative team, Theater in the Loft readings foster a fun and collaborative environment to be a part of the development of vital new works. Many of the shows presented through Theater in the Loft have gone on to major productions off-Broadway, in regional theaters, and beyond. The series focuses on scripts that reflect the complexities of a uniquely diverse community that can be cast significantly from the MDR ensemble.