From The South Orange-Maplewood Adult School 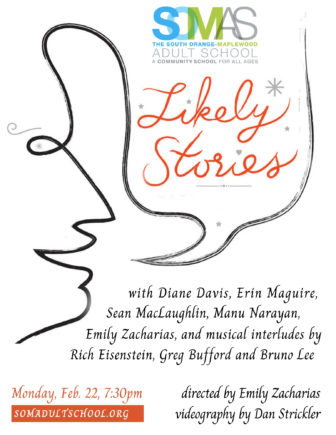 A Fundraiser for The South Orange-Maplewood Adult School

What’s Likely Stories? It’s great performers reading great fiction — storytelling for grownups. For more than 15 years, Likely Stories has brought Maplewood/South Orange the exuberance, hilarity and profundity of short stories that challenge us to experience something new. In keeping with the times, this year’s performance will be presented virtually — same great literary event  — different way of experiencing it.

“The stories this year evoke the human comedy — the absurdity of some of our present conditions, as well as the heartfelt connections that heighten the experience of being alive,” says the director and actor Emily Zacharias. “Likely Stories relies on a simple and elegant pathway — the imagination.”

The evening will consist of three works of fiction with musical interludes between each. Stories will be read by Diane Davis, Erin Maguire, Sean Maclaughlin, Manu Narayan and Emily Zacharias, with original music performed by Rich Eisenstein on the piano, Greg Bufford on drums and Bruno Lee on the trumpet. 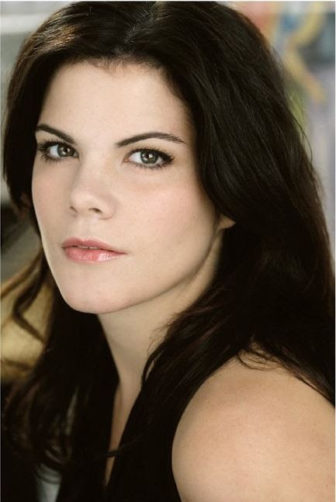 Diane Davis starred as Ginny Potter in the Broadway production of Harry Potter and the Cursed Child.  Other Broadway credits are Golden Boy, Festen, and Old Acquaintance. Diane was nominated for both a Lucille Lortel and a Drama Desk award for Outstanding Actress in a Play for her work in The Model Apartment. 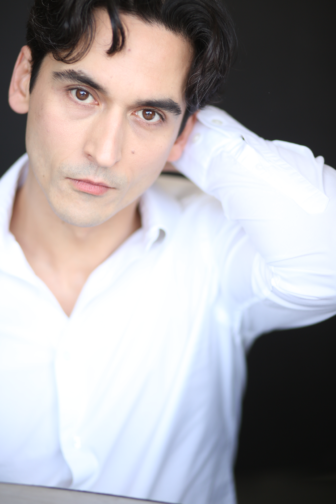 Sean MacLaughlin is an actor, singer, writer and producer. He won critical acclaim playing the role of Raoul in Broadway’s The Phantom of the Opera and has appeared in numerous films, such as The Spectrum, The King and Something the Lord Made. 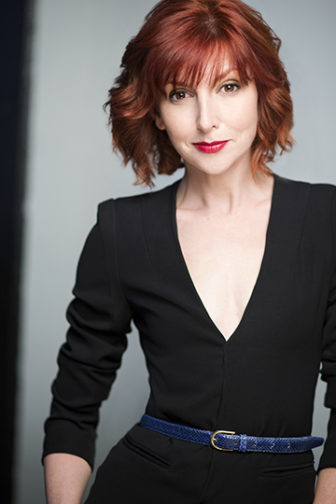 Erin Maguire is a NYC-based actor, stand-up comedian and podcast host. She has appeared on Gotham Live, ESPN, and has written for Comedy Central. Her podcast, Dear Pod, reached Apple’s Top 100 comedy pods in its first month. Follow her on Instagram @erinmaguireofficial 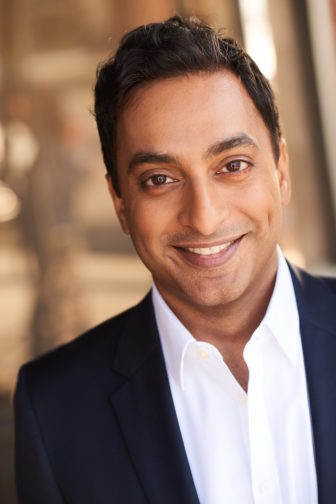 Manu Narayan created the leading role in Bombay Dreams on Broadway and co-starred alongside Mike Myers in Paramount Pictures’ The Love Guru. Manu can be seen 8 times a week on BROADVIEW …  avenue…  shoveling snow. Shoveling aside, we are so thankful to join this wonderful community! 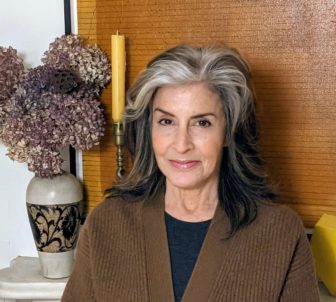 Emily Zacharias has played leading roles in plays and musicals on Broadway, Off-Broadway and Off-Off.  She has guest soloed with Symphony Orchestras, and the Lincoln Center Composers Series. She is a performance coach/teacher, and longtime trustee at The Adult School. She directs and performs in Likely Stories.

All proceeds from Likely Stories will benefit The South Orange-Maplewood Adult School. The Adult School is a nonprofit organization that was founded in 1933 during the Great Depression – a beacon of hope where the community could gather and everyone could afford to take classes. It is the oldest operating Adult School in NJ and was named a Local Legacy in 2000 by the Library of Congress.

Tickets for Likely Stories are $20 and can be purchased here. Any sized donation on top of the ticket price is welcome.