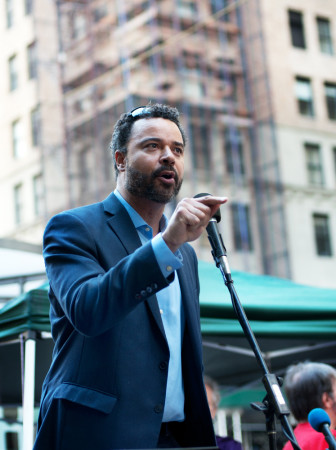 Saturday, February 4 at 2pm. Voices of People’s History of the United States

(This is a screening of Voices of a People’s History of the United States filmed at Lincoln Center on November 5, 2015. Run-time: 1h 30m 49s)

This Lincoln Center commission commemorates the 35th anniversary of Howard Zinn’s seminal book, A People’s History of the United States, with music and spoken-word performances that will bring to life the extraordinary history of ordinary people in the book: those who built the movements that made the United States what it is today, ending slavery and Jim Crow, protesting war and the genocide of Native Americans, creating unions and the eight-hour work day, advancing women’s rights and gay liberation, and struggling to right the wrongs of the day.

Voices seeks to educate and inspire a new generation working for social justice. This free performance kicks off a year-long project with New York City students at the High School for Arts, Imagination and Inquiry, a New York City public school located at the Martin Luther King, Jr. Educational Campus, co-founded by Lincoln Center Education. Some of tonight’s artists will be helping students to engage with this history and develop their own interpretations of these incredible stories, culminating in a performance of their own work at the Atrium on May 19, 2016.

Appearing in some of the best new rock musicals including Passing Strange and American Idiot, this dynamic pop-rock powerhouse is an unparalleled leader of the new Broadway generation. 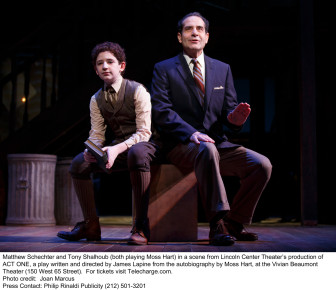 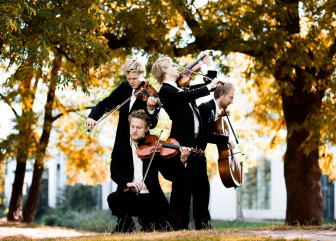 (This is a screening of a performance recorded on August 7, 2015 at Lincoln Center’s Mostly Mozart Festival. Run-time: 53m 43s)

One of the most exciting young string quartets on the world stage arrives at the Kaplan Penthouse for its Mostly Mozart debut with a fascinating program that beings with Mozart’s arrangements of Bach’s Well-Tempered Clavier followed by Thomas Adès’s kaleidoscopic fantasy Arcadiana and Beethoven’s earth-moving Grosse Fugue.

All programs are free and open to the public. Registration is recommended. For more information, visit montclairlibrary.org/lincolncenter or call (973) 744-0500 ext. 2235.