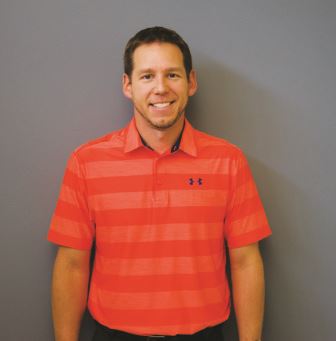 Maplewood native and CHS Assistant Coach of Varsity Baseball Matt Becht has been named associate director of marketing of the Metropolitan YMCA of the Oranges, the largest association of YMCAs in New Jersey.

Becht, who joined the Metro YMCA in 2012 as marketing specialist, “uses his creative talents to advance the Y’s six branches and promote the organization as it takes on new challenges,’’ Metro YMCA Chief Development Officer Lisa Kelly said in a release. “This is an exciting time for the advancement of our message, the growth in our membership, and the expansion of our mission.”

“I believe in the Y mission, and enjoy helping the organization grow as an integral part of the community,’’ said Becht, who also has coached varsity baseball at Columbia High School, his alma mater, for 14 years.

Becht’s ties to the Metro Y go back to 2004, when he worked at a small public relations firm and the Y didn’t yet have its own marketing department. Becht led the Metro Y’s transition to the YMCA of the USA’s new branding guidelines. “It was tough at the beginning — change can be difficult — but in the end, everyone was on board with the new look,’’ Becht said.

The Y hired Becht soon after creating an in-house marketing department, which continues to grow to meet increasing demands. In addition to handling the Metro Y branch’s needs, the marketing department has been tapped by the Meadowlands Area YMCA to promote its new facility in East Rutherford.

Metro YMCA Vice President of Marketing and Communications Greg Albers said, “Matt’s talent, hard work, and can-do attitude have made him invaluable to the marketing department and the Y as a whole. He has positioned himself to take on more responsibilities, and I have every confidence he will continue to make our Y stronger.”

Becht said he is particularly proud of last year’s centennial celebration of Fairview Lake YMCA Camps, which involved creating a new website, making videos and collecting alumni recollections, and culminated in a weekend event that drew about 300 visitors.

He lives in Millburn with his wife, Kathryn, and their Yorkshire Terrier, Lolabee. Becht enjoys playing baseball, fishing and hiking. He played baseball for Montclair State University, where he earned a bachelor’s degree in business administration with a concentration in management.