Letter of Support: Lembrich Will Keep the Village a Village 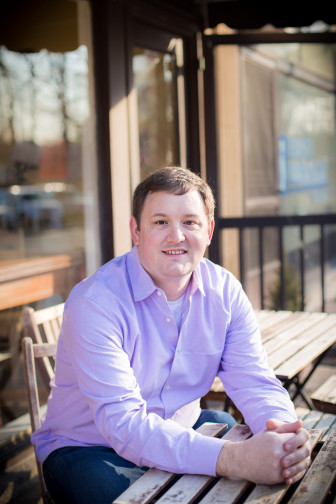 When a few of us founded The Village Keepers in April, we sought a simple change: a pause in the misguided push to replace the old post office building with something wildly out of scale and sadly out of spirit with the character of Maplewood. Through grassroots organizing, we hoped to persuade the Township Committee that pressing the reset button would foster alternatives to the financially irresponsible, environmentally harmful, and communally neglectful cookie-cutter apartment project that has been proposed.

We had not intended actively to enter the political fray. But the committee’s deaf ear to both residents’ and shopkeepers’ swelling opposition to the project has left us with no choice.

Toward which end, we are strongly encouraging those who agree with the Village Keepers to vote in the June 2 Democratic primary for Greg Lembrich. He is the only candidate to call unequivocally for rethinking the current proposal.

Because we think progressive planning and responsible rateables are vital to the sustainability of our town’s character and culture, Village Keepers does not intend to remain a single-issue organization.

And Greg Lembrich is not a single-issue candidate. His agenda goes to the heart of the pocketbook concerns and schoolhouse issues that are central to our way of life.

Primary voters are likely to embrace the multifaceted differences that Lembrich offers to the tired status quo. His understanding of the need for a new generation of township governance is clear in his platform:

Lembrich’s opposition to the post office fiasco, in other words, is emblematic of his new and fresh approach to governance generally.

We reject the notion that the incumbent members of the committee are not hard working. We have seen up close how hard their jobs can be. No one should demonize our town servants just because we disagree with them.

But disagree with them we do.

On Wednesday night at the Maplewood Village Alliance meeting to review the proposal, Lembrich was the only candidate for township committee who attended. And he deferentially just took notes and demurred from the political grandstanding that the public microphone must have tempted.

Greg’s humility and work ethic come from a family history of public service. His father was a teacher who became mayor of Branchburg, leading citizens to win significant changes in the development of a chemical plant. His mother worked at the local courthouse, where Greg became fascinated with the law. He could tell you how he excelled at Columbia Law School and then at one of the most important law firms in New York. But he won’t.

He’s more likely to tell you about his charming young daughter or his wife’s work as a leading academic or how much he loves Maplewoodstock. One thing he should tell you is that he reordered his own work priorities to take a job in the legal department of a leading insurance company precisely so that he could devote more time to his family—and to his community. The latter is why he is now able to create the time to help make our town a better, more sustainable place.

No other candidate can surpass his intelligence and integrity.

No other candidate can surpass his breadth and depth of policy knowledge.

And no other candidate has seen so clearly that the incumbent’s embrace of the mammoth post office demolition and redevelopment project would besmirch our townscape for a generation or generations to come. It would move our Main Street towards Any Street.

That’s a road to nowhere.

Greg Lembrich can put us back on the road to Maplewood. Vote for him on June 2.

Bill Gifford: Candidate for South Orange-Maplewood Board of...