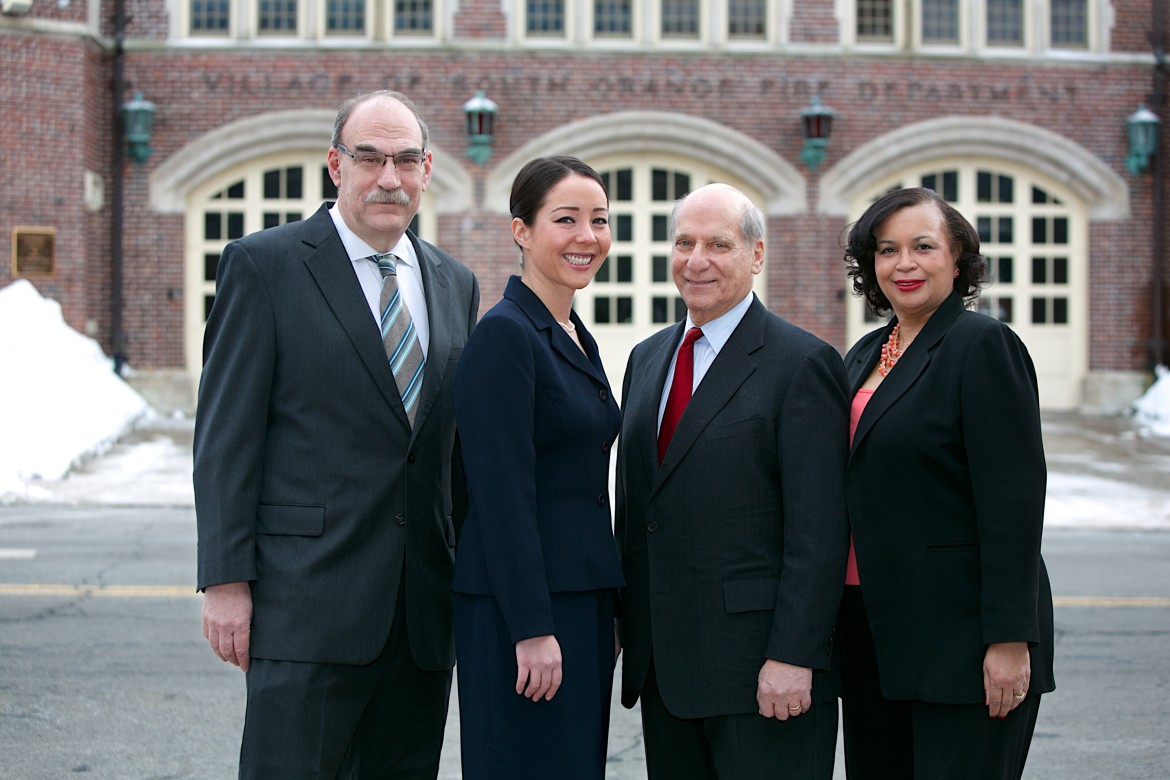 In a debate-turned-town-hall on Tuesday night, South Orange Village President candidate Deborah Davis Ford asserted that two other Village Trustees besides herself have found fault with the process to merge South Orange and Maplewood fire departments. Davis Ford stated that she, however, was the sole Trustee to have the fortitude to stand up and call out Village President Sheena Collum.

In a phone call today, Village Green reached out to Rosner about this characterization as Rosner, along with Trustee Howard Levison, had publicly advocated for greater control for South Orange in the merger discussions. In short, Rosner contested Davis Ford’s assertion and then went on to refute or contest information put forward by Davis Ford’s campaign point by point.

Rosner said he took issue with the SO Forward campaign — led by Davis Ford — calling a jointly funded study of a South Orange/Maplewood fire department merger “Sheena’s report” (the flier actually labels it as the “Collum plan”).

Rosner said, “This is ridiculous.” He noted that the six Village Trustees — including Davis Ford — voted to join Maplewood on funding the study and adopting it. He noted that Collum, as Village President, “didn’t even vote” on the study.

Regarding a SO Forward talking point that the South Orange firehouse on Sloan Street would be reduced from 8 to 3 firefighters per shift, Rosner said, “At no point in time did the board consider 3 firefighters. That was one of the recommendations [of the Manitou report] but the Board of Trustees and Sheena right away said, ‘We need six and preferred seven.'”

Rosner continued, “Also the 8 that we have now is a mythical number.” He said that between vacations, sick days and being short of staff, “7 is the reality.”

“Most firefighters don’t live in South Orange,” said Rosner. “Most have a connection one way or the other but that’s true of any job. People wind up moving within a 30-minute radius.” Rosner said that the residency of firefighters “never came up in any discussion. Deborah never advocated for this.”

Regarding the SO Forward campaign’s assertion that Collum has been working in secret and keeping details of negotiations from the public, Rosner asserted, “My initial reaction is whenever you have a negotiation you don’t want to have it in public. You want to have it with the negotiating committee.”

He also stated that firefighters and Fire Chief Danny Sullivan have been involved.

“Usually you don’t go to rank and file, you go to the management,” said Rosner. “The fire chief was included in some of those discussions.” In addition, Rosner said, “I know that some of the firefighters have been given information all along in the process.”

Regarding the issue of joint meeting — Davis Ford has insisted that she brought up and championed this structure while Collum did not — Rosner contends that South Orange counsel Steve Rother “raised it first.”

“When we were at an impasse on the governance, we didn’t want to turn it over [to Maplewood]. We wanted an equal governance, and joint meeting is the solution if Maplewood can get past the civil service issue. We’re working with the state to accomplish that.”

“The joint meeting suggestion came from Steve Rother and Sheena and [Trustee] Howie [Levison] both embraced it and the full board embraced it,” said Rosner.

Regarding cost savings from a merger, Rosner said, “The overtime has potential for big savings but in the long run, the goal is to at least improve services for some savings. We don’t expect [savings] to be huge.” More importantly, said Rosner, a merged fire department “would be a more efficient department. No firefighter is going to lose a job. The savings are with equipment, training, overtime. Those are all issues that wouldn’t go away unless you can merge the departments.”

Rosner said he had told both Collum and Davis Ford at that beginning of the campaign that he would not be endorsing either because of his longstanding good working relationship with both.

However, Rosner told Village Green today, he was “disappointed in the tone of the fliers” sent by Davis Ford’s campaign.

[Editor’s Note: Mark Rosner ran for election with both Sheena Collum and Deborah Davis Ford — as well as Trustee Howard Levison — in 2015.]

Below is WZYE 95.9 FM’s Facebook live video of the May 7 Davis Ford town hall event: