written by Donovan Hugel May 20, 2022
0 FacebookTwitterPinterestEmail

Mannion, a Columbia High School senior and captain of the CHS girls ultimate frisbee team, Sparkle Motion, will compete on the U20 Women’s National Team at the tournament, which is set to take place from Aug. 6-13 in Wroclaw, Poland.

“Playing for Team USA feels like the culmination of my hard work and all the sacrifices made by everyone who has supported me along the way,” Mannion said. “I’m so grateful for this opportunity and excited to represent CHS and New Jersey on the international stage.”

Mannion got the attention of Sarah McNamara, who first coached her in the after-school enrichment program at Jefferson Elementary when Mannion got her start in ultimate at 11 years old. McNamara also ran the local Hometown Ultimate program from its inception in 2005 until 2015. Mannion played for Hometown from 2014-2018.

“Sydney showed great promise as a new player, even in elementary school,” McNamara said. “It was exciting to see how naturally she understood how to use her athleticism and field awareness, combined with her quickly growing disc skills, to bring elementary ultimate to a whole new level. It was clear that Sydney was going to have a stellar career as a player, and I’m thrilled to cheer her on as she takes her place on Team USA this summer.”

Mannion never played frisbee year round until the start of her junior year, mainly due to her commitments as a year round competitive club swimmer. With the 2020 ultimate season cut short due to COVID-19 concerns, her first spring season was in 2021, where she helped Sparkle Motion to a second place finish at the NJ State Championships and was a First Team All-State selection as voted on by all involved players and coaches. She also competed last summer for the New Jersey-Pennsylvania youth club team DEVYL in the U20 Girls division, where they finished in second place at the Northeast Youth Classic.

In order to receive a tryout for the U20 National Team, Mannion had to send in an application along with two recommendations to USA Ultimate. She initially hadn’t considered applying at all, but at the recommendation of 2019 alumnus and former Sparkle captain Izzy Singer and her coach, she applied last October. 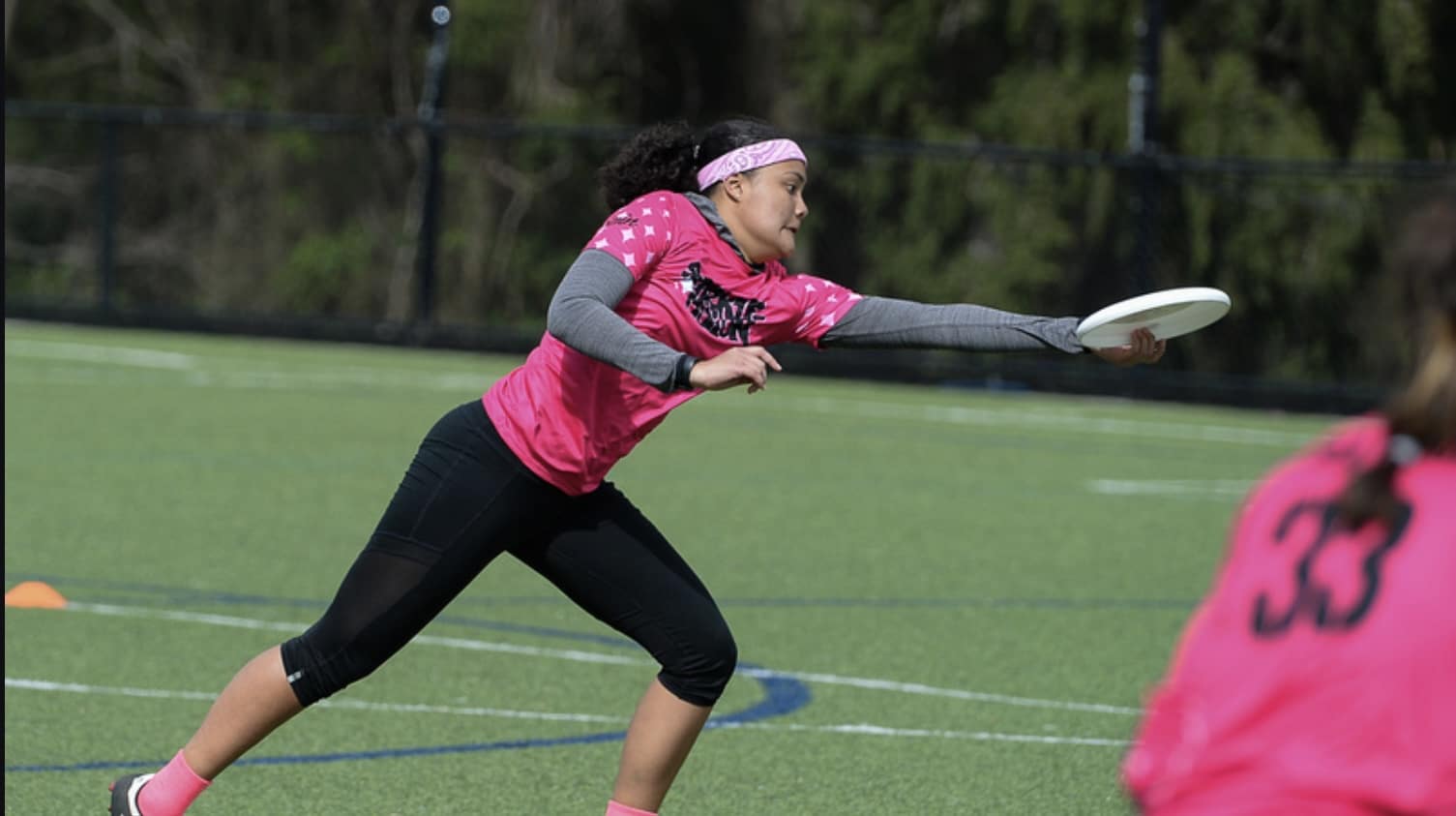 She received an email from the coaching staff in early December that she had received a tryout, which took place from March 12-13 in North Carolina.

Over 100 players tried out for just the women’s team alone, and Mannion is the only New Jersey resident to make the team. Eight other New Jersey youth players were invited to tryouts

“When the roster was announced, it really hit me what a once-in-a-lifetime experience this is,” Mannion said. “Meeting girls from around the United States during the tryout process was awesome. Never did I dream that I would get to compete with the best youth players in the world.”

Since Mannion joined Sparkle Motion the team has experienced exponential growth, as it’s gone from one team with a roster of just over 10 players to an established program with close to 50 players split between the varsity and junior varsity teams.

“The CHS boys program has had both Varsity and JV teams for many years,” McNamara said. “It’s wonderful to see the roster growth of the Sparkle Motion program [with] Sydney’s leadership. As she moves on to college play, her legacy here in the birthplace of ultimate won’t simply be her stellar performance on the field, but a stronger, bigger program with a future as bright as hers.”

Mannion and the rest of Sparkle Motion will be competing in the NJ State Championships this Saturday May 21 in Princeton, with games at 10 A.M., 11:40 A.M., and 1:20 P.M. with a spot in the finals on the line, which will take place at 5:00 P.M. on May 28 at Houlihan Sid Fay Fields in Westfield.

Mannion will attend the University of Virginia this fall, where she plans on playing for their nationally ranked women’s ultimate team Hydra.