For the first time in six years, the Cougar Soccer Club girls are back on top.

The Girls U10 Elite team finished the season 9-0-1 to win its Northern Counties Conference flight. It is the first Cougar girls team to win its flight since the fall of 2016. 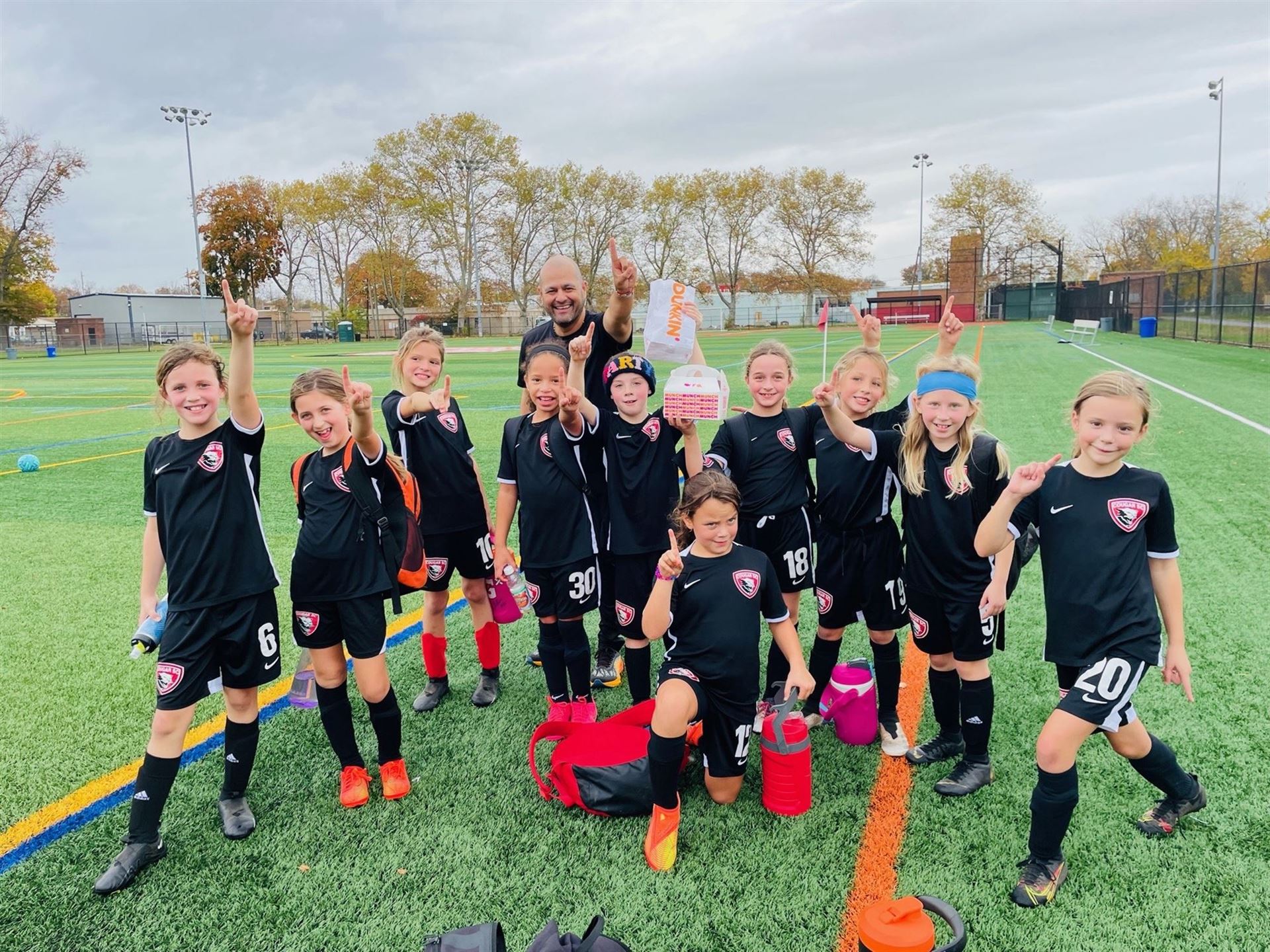 Cougar Soccer Club Girls U10 Elite celebrates with trainer Oscar Hidalgo after a 3-1 victory over Fair Lawn on November 6 in Fair Lawn.

The team featured the most potent offense in its flight (34 goals) while yielding just five. It was coached by parents Cathy Clammer, Jason Rando and Marc Kessler. Oscar Hidalgo was the professional trainer for the team.

The Girls U10 Elite team was the only Cougar SC girls team to win its flight – but three other girls teams took second, U9 Elite, U11 Elite and U13 Elite. Overall, this was the most NCSA successful season for Cougar SC girls in history. The club joined NCSA in fall of 2016 and has never before had more than two teams finish second or higher in the same season. NCSA is one of the largest US Club Soccer conferences in the country. 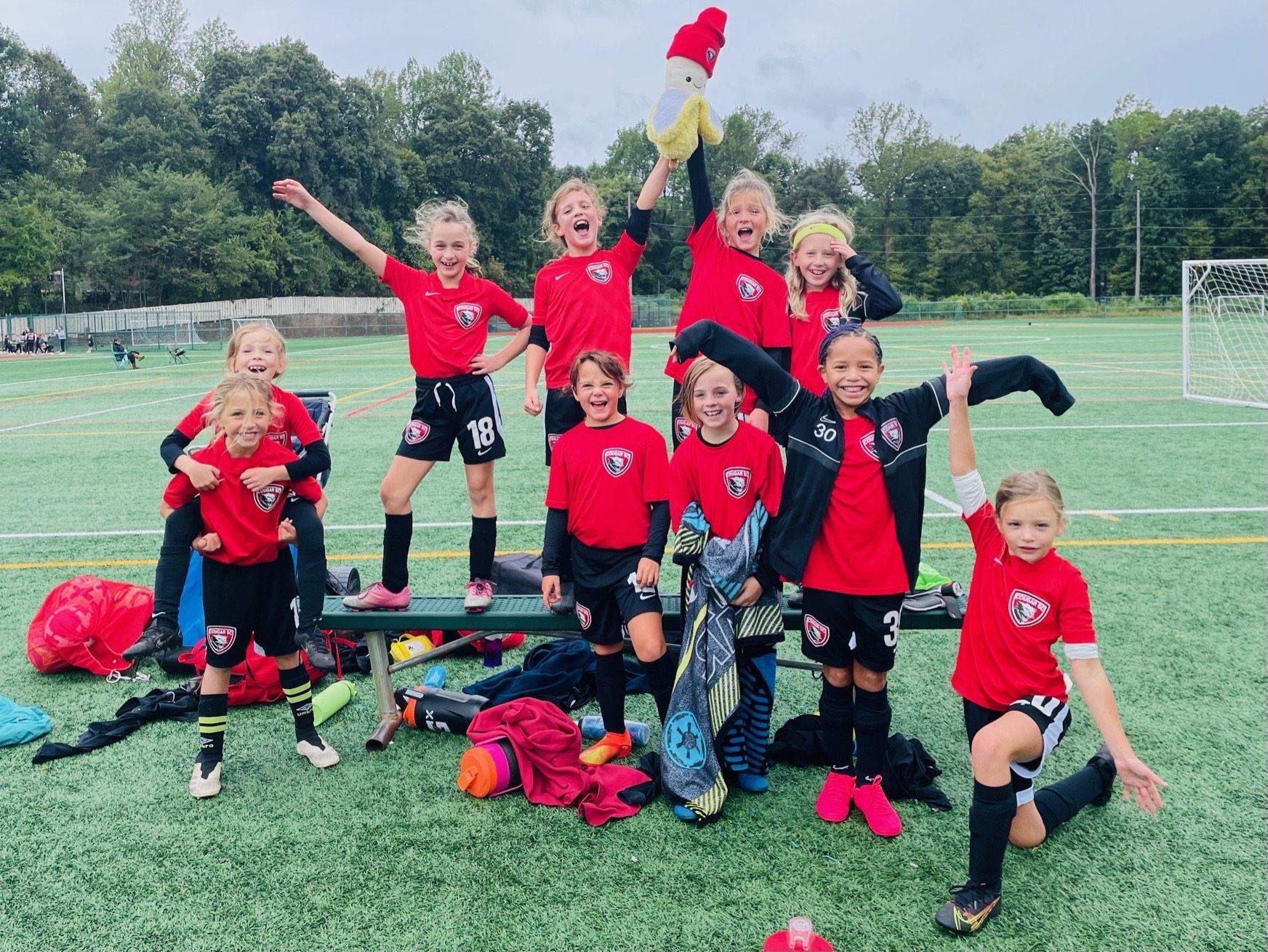 Mascot Banana inspired the Cougar Soccer Club Girls U10 Elite to a 2-0 road win over Arsenel on October 3.

The other three girls teams also had successful seasons. U9 Premier finished with four wins, U10 Premier had two victories and the U14 Elite team managed one win and three draws. 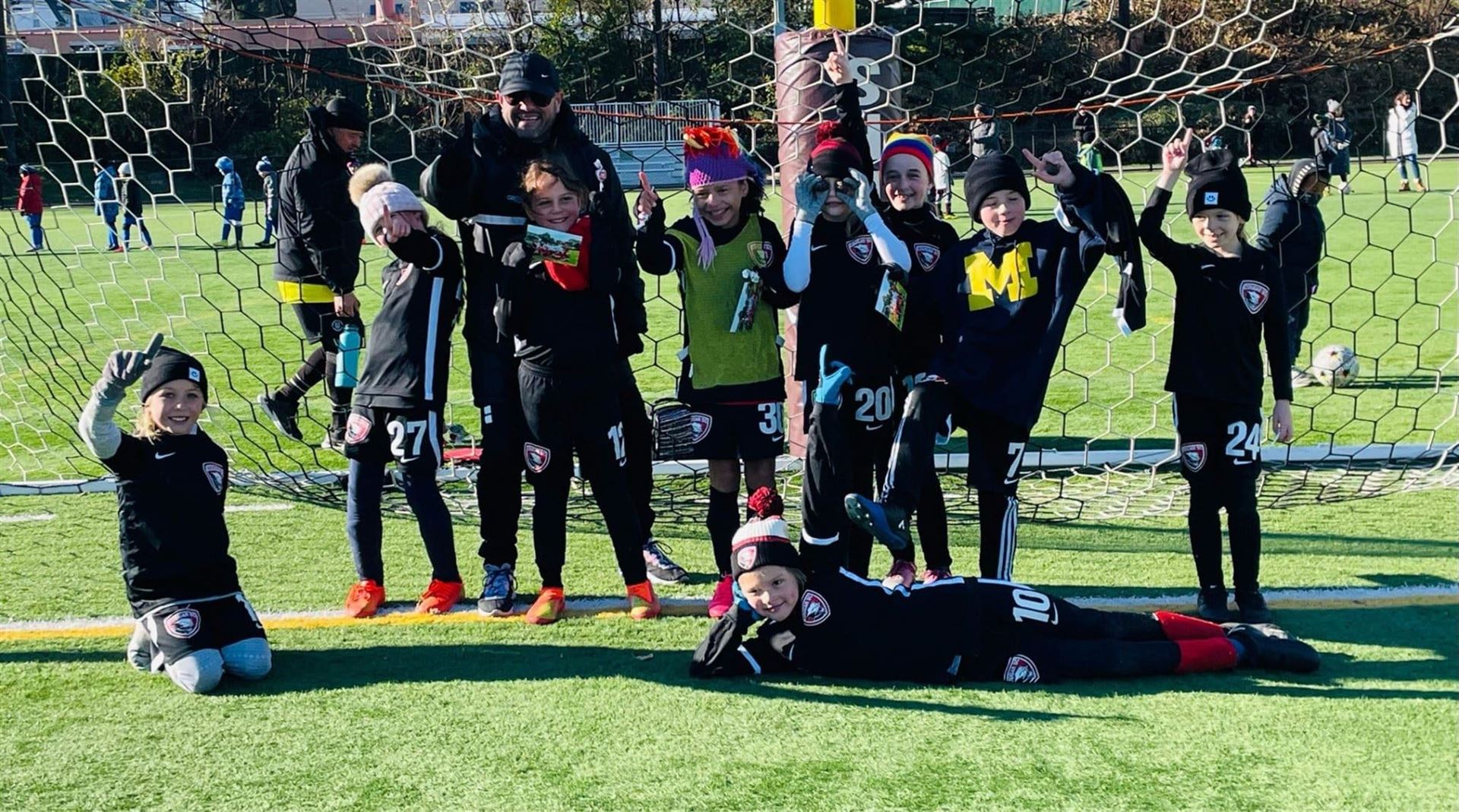 The Cougar SC Girls U10 Elite team holds a frigid championship celebration after a 6-0 final victory against Nutley on November 20.