Two weeks into the start of the school year, nearly 1,000 children — roughly one in seven South Orange-Maplewood students — who ride school buses continue to bear the brunt of a driver shortage, flooding damage to district vehicles from Tropical Storm Ida, and the theft of catalytic converters from eight buses.

In a letter sent to South Orange-Maplewood School District families on Thursday, the administration apologized for persistent delays of up to 45 minutes since classes resumed on Sept. 13.

“We understand your frustration and regardless of the difficulties in managing these unforeseen challenges, our communication to parents has been insufficient,” the letter stated. “We sincerely apologize for not meeting your (or our) expectations during these turbulent times. We are working tirelessly with our Transportation Department (and our partnering bus companies) to resolve ongoing issues and to ensure safe, consistent transportation for our students.” 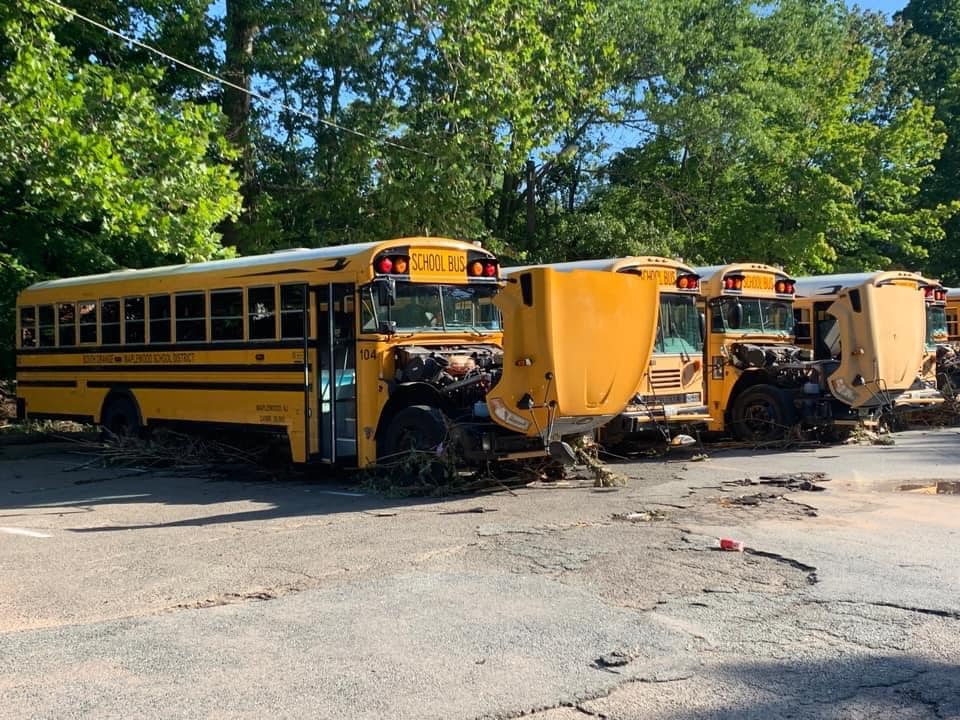 For instance, on the first day of school, Marshall Elementary School parents received an email notice at 3:55 p.m. that said bus No. 107 had just left. Later that week, the school sent email at 4:03 p.m., announcing that the last school bus had departed.

Marshall Elementary School, which has notified parents about late school buses every day school has been in session since Sept. 13, dismisses students at 3:15 p.m.

Other schools have experienced morning delays, as well. The Village Green had asked SOMSD for further information about the delays.

The SOMSD letter also said that new drivers who were unaccustomed to the routes, as well as “new route designs.” It added, “Street closures, increased traffic (as individuals in the towns begin to return to work), and overall more cars on the road as parents/guardians begin dropping their kids off at school (this is the first time since March 2020 that our entire student body is back in school), is also contributing to delays.”

The letter also noted that, in addition to a shortage of buses due to Tropical Storm Ida flooding, the district was “unfortunately, the victim of theft as 8 of our buses were robbed of their catalytic converters, a couple of days before schools reopened.”