The following press release is from the Metropolitan YMCA of the Oranges: 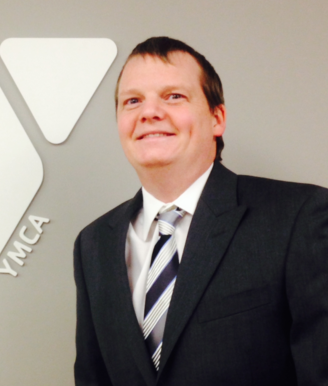 When the YMCA of the USA launched its social responsibility initiative, Togetherhood, in 2014, longtime South Mountain YMCA employee Tommy Donaldson led the effort at the Maplewood-based branch. The South Mountain Y was one of only 50 Ys out of more than 2,700 nationwide chosen to pilot the program.

Donaldson has now been tapped to help spread Togetherhood at other YMCAs across the country as a volunteer coach, while continuing to oversee the successful program at the South Mountain Y.

“I’ve always has a passion for giving back, and Togetherhood is the epitome of that, with Y members developing and carrying out service projects that benefit the community,’’ said Donaldson, the 38-year-old assistant director of school age child care and director of teens’ programs at the South Mountain Y.

“This is a well-earned honor for Tommy, who puts his heart and soul into everything he does at the Y,’’ said Richard K. Gorab, president and CEO of the Metropolitan YMCA of the Oranges. The South Mountain Y is one of six branches of the Metro Y, based in Livingston.

“Tommy is a tremendous leader, always looking for ways to take the Y to a higher level,’’ added South Mountain Y Executive Director James Goodger. “When he sees a need, he steps up to the plate, and that has been his approach throughout his 20-year career here.”

When the South Mountain Y was short-staffed in 2014, Donaldson took on several roles and kept programs running strong at the same time he was launching the Togetherhood program.

Donaldson recruited and trained Jeff Goldsmith, who serves on the South Mountain board of managers, to chair the Togetherhood committee. The group launched four successful initiatives that impacted the lives of hundreds of children and their families. The committee, for example, partnered with an organization called Soccerhood, raising funds and awareness to provide immigrant children the opportunity to play in South Orange’s soccer program.

The South Mountain Y’s Togetherhood committee now has 15 members who have been brainstorming new community projects, Donaldson said. They plan to begin launching programs in early 2016.

Donaldson was in high school when he began volunteering for the South Mountain Y’s after-school program. He worked part-time while attending Montclair State University, where he earned a bachelor’s degree in mathematics and a minor in computer sciences. When he graduated, the Y hired him full-time as the enrichment director.

“The Y is a second home to me,’’ the West Orange native said. “It’s where I feel comfortable and accepted.”

When he’s not at the Y, Donaldson is onstage or behind the scenes at the Studio Playhouse in Montclair and other community theaters. He’s directed a half dozen plays and performed in many more.

As a Togetherhood coach, Donaldson will be assigned to help two YMCAs launch the program. He also is involved in organizing the New Jersey YMCA State Alliance’s 2016 conference on social responsibility in March.

For more information on Togetherhood and volunteering to impact your community, please e-mail jgoodger@metroymcas.org.