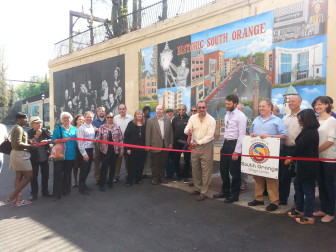 After being vacant for nearly a decade, the building broke ground in May of 2013 and began welcoming tenants in September of 2014. Developed by EEA Industries, LLC and SWH Residential Partners, LLC, The Gateway features 57 one- and two-bedroom apartments and 9,100 square feet of retail.

Ed Ayuso, principal of EEA, said the apartments were 60% leased, with all the one-bedrooms rented. Realtor Robert Northfield is now the leasing agent.

The three retail spaces all are leased. Mara’s Bakery will be the first to open, by the end of May. D&I Fitness and Y Gallery Salon, a high-end unisex hair salon, will soon follow. Mara’s Bakery provided the refreshments for the event. 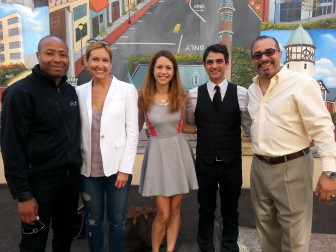 Lewis and Torpey both praised Ayuso. “It’s a testament to Ed how quickly this got built,” said Torpey. Lewis said Ayuso is a strong supporter of the Village, serving on the South Orange Village Center Alliance (SOVCA) board of trustees and contributing to town events.  “He’s not going to make his money and run,” said Lewis. He’s going to stick around and be a part of the community.” 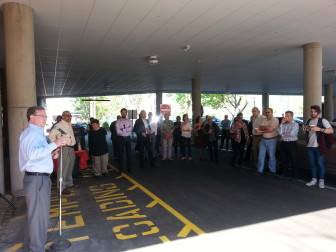 Ayuso returned the compliment, praising the township’s support in the project. “You’ll all see a big difference in the next few months on this side of the tracks,” he said.

Indeed, Ayuso told The Village Green that on Saturday, the long-vacant parcel of buildings at the corner of South Orange Avenue and Church Street — which he purchased last year — will be demolished. In the short-term, the site will house roughly 50 parking spaces for the community; eventually, Ayuso plans to construct another mixed-use property on the site.

Bob Zuckerman, executive director of SOVCA, noted the “tremendous partnership” that enabled The Gateway to come to fruition. He praised Lewis and deputy administrator Adam Loehner; the Board of Trustees and Village President, and Ayuso.

The event was also an opportunity for visitors to get a close look at the incredible murals that cover the wall along the NJ Transit rail line, facing the back of The Gateway. They were created by nine local artists, some of whom were at Friday’s event. 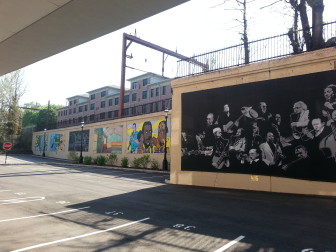 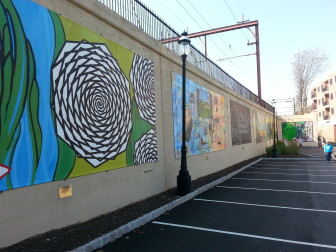 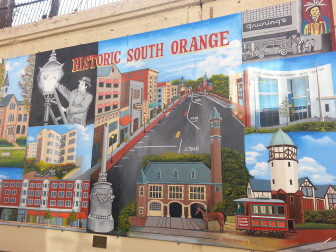 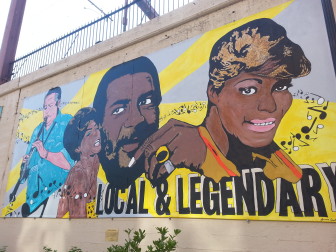