On Sunday, April 26, Judy Cronin, Joseph Kelly, Jr., and Tom Pascuite will be honored as recipients of the Maple Leaf Award for volunteer and community service.

“Whether the volunteer work of this year’s recipients has been given for service to maintain and enhancing the character of Maplewood, the care and health of Maplewood’s children and adults or the safety and well-being of our community, these volunteers are exceptional individuals whose dedication and service have made Maplewood a better place to live,” said Mary Devon O’Brien, Chairman of the Maple Leaf Awards. “This year’s Maple Leaf Award recipients includes both relatively long time and newer residents of Maplewood.”

The 47th Annual Maple Leaf Award Ceremony and brunch, which will be held at L’Affaire (Route 22 in Mountainside), will begin promptly at 1:30 p.m. The cost is $35 per person, and reservations and payment in advance are required. For attendance information call: 973-763-4135.

A native of Rhode Island, Judy was born raised in Anthony, a Canadian-American village in Coventry. She was the third of six children which enabled her to learn to volunteer at an early age. She attended the local parish school and completed her high school education in Providence. After attending Johnson & Wales Business College she began working for Centreville Savings Bank. During these early years Judy participated in many service organizations including Girl Scouts, CYO, church and school fundraiser and well as many of her own projects. 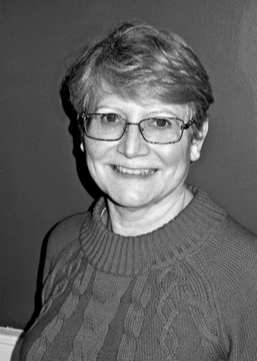 She met her husband Dennis, also a RI native, on a blind date arranged by a mutual friend, and they were married in May of 1968. In September of that year Dennis began a 28-year career in the Navy, and Judy began a new career as a “Navy Wife.” During this time Dennis and Judy were blessed with three children, Diane, Dennis Jr. and David. Moving to different states was part of the job, but the family was fortunate to have stayed in Virginia Beach, Virginia for 13 years. Judy decided to become a stay-at-home mom, using her sewing and creative skills to earn some income by doing alterations and creating decorative pillows and home items to sell to neighbors and friends. As the children grew older, she became a successful Avon Lady and a Team Leader in her district.

While in Virginia Beach, Judy started a licensed home daycare business and became a member of a local daycare association board. She also was active in the Navy Wives Club, PTA, children’s soccer clubs, school volunteer, band parent associations and the local church. She ultimately assumed key leadership roles during the parish’s renewal and reorganization that took place over several years. In addition, she tutored English as a second language to newly-arrived Vietnamese families sponsored by the parish. It was during this time that Judy answered a call to become a children foster parent for Vietnamese unaccompanied refugee. Vietnamese teenagers arrived and became part of the family for several years.

When the youngest Cronin child went off to college, Judy re-entered the work force and accepted a job with Bank of America. Shortly after this Dennis was reassigned again, so the now “empty nester” family relocated to Northern Virginia, outside of Washington, DC. Dennis retired from the Navy in 1995. While he transitioned to a new civilian position as a human resource consultant, Judy resumed her banking career at Bank of America in Springfield, VA. At the same time, she embarked on a new business venture as a crafter, marketing her unique paper craft and fabric designs at local craft shows throughout Northern Virginia. Eventually she left her banking job to pursue crafting full time. In 2003, Judy and Dennis wanted to be closer to their daughter Diane, son-in-law Patrick and their first grandchild, Lucille, so at last Judy arrived in Maplewood in 2004 where she soon found many new volunteer opportunities.

She and Dennis joined St Joseph Parish, and she was soon a parish volunteer helping to raise money for the church by working at the Bingo Program, an active Group Facilitator, and she served as a Leader in St Joseph’s Cornerstone Retreat Program. In 2005, Judy joined the Maplewood Woman’s Club Evening Membership Department (EMD) and became very active in their many volunteer community service projects. She served as Chairperson of the EMD from 2009-2011, and she remains active as Membership Chairman and in various fundraising service programs.

Simultaneously, Judy was assuming leadership roles in the Maplewood Garden Club, first as Hospitality Chair, then Programs Vice President, and as President from 2012-2014. While also serving on many other committees, Judy continues to serve on the Board of Directors and as Co-chair of the Plant Sale Committee.

Since coming to Maplewood, Judy and Dennis have been blessed with two additional grandchildren, Mira and Dov, who live in Prospect Heights, Brooklyn with their parents Dennis Jr. and Johanna Steinberg. Youngest son, David lives in Cambridge, MA. In addition to her community volunteering, In addition to her volunteer work, Judy stays busy with her home garden and work on her crafts, now as a hobby. Meanwhile, Dennis is well into his third career as the Education Director at Valley Health System in Ridgewood.

Judy thanks the Maplewood Civic Association for this honor. She is grateful to be part of a vibrant and caring community that enables her to make a contribution while doing the things she loves.

The Maplewood Civic Association thanks Judy for her volunteer service and gift of time and talent to make Maplewood a better community.

Born in Pittsburgh, Pennsylvania, Joseph Kelly, Jr. moved to New Jersey, and in Atlantic Highlands, NJ he married Jayne with whom in August 2014 he enjoyed 50 wonderful years of marriage. Last August, they celebrated their 50th Anniversary at the same location where they held their wedding reception. In 1967, Joe moved to Maplewood and began his volunteer service to the community, however prior to moving to Maplewood, in Middletown NJ, Joe served as a Volunteer Fireman for two years.

Joseph Kelly, Jr. has been an Auxiliary Police Officer in Maplewood since 1972, serving the citizens of Maplewood in this capacity for over 43 years. He has held the rank of Sergeant, Lieutenant, and Captain before his appointment as Chief of the Auxiliary Police, a leadership position he has now held for 22 years. 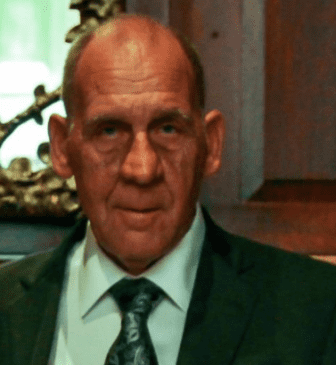 Chief of Police Robert J. Cimino said, “As Chief Kelly’s immediate Supervisor for the past 8 years, I have seen a Maplewood resident who is committed to the MPA like no other member. He never misses a meeting, he still goes on patrol, and he is involved in the graining of the new members. Chief Kelly is very supportive of the Maplewood Police Department and is very aware of the specific role that the Maplewood Auxiliary Police has within the Department structure overall. Joe Kelly is a tireless advocate for the Police Auxiliary and has been part of all of the positive changes in the unit during his tenure as Auxiliary Chief, a few examples would be additional and better training, new uniforms, web page and aggressive recruitment.”

In additional to his normal duties, Joe has participated in many of the Township events, including the Fourth of July Celebration, the National Night Out, the Departmental Accreditation, Maplewood Stock, the Wellness Fair, to name a few.

He is often the first person to show up when there are major incidents in the community such as weather related power outages, major ice and snow storms and hurricanes. During 2014 alone Joe logged in over 500 volunteer hours with the Maplewood Police auxiliary. As a result of his dedicated service, Joe has received several commendations from the Department.

While Joe was busy as a volunteer, so was his wife Jayne was too. Employed at Trinitas Medical Center as EMT and CPR instructor, Jayne volunteered on the South Orange and Union First Aid Squads as well as serving as President of the Maplewood First Aid Squad and Captain and Training Officer of the West Orange First Aid Squad.

In addition to his volunteer activities, Joe had his own business, Columbia Leather in Kenilworth, NJ, where he worked until 2010. Now he works at Crow Disposal & Construction in Maplewood, and in his spare time, Joe loves riding a Harley, restoring old cars and working on his 1953 Ford Pickup.

Maplewood is grateful for the dedicated service that Joseph Kelly, Jr. has devoted to his community. His commitment has made our community a better place to live.

Tom Pascuite’s first volunteering activities began at the South Mountain YMCA where his mother, Patricia, worked. Growing up in Maplewood with two brothers, Tom attended Clinton Elementary School, South Orange Middle School and Columbia High School. In appreciation his willingness to do any of the chores that were asked of him and for the volunteer service he gave as a Youth Volunteer, the South Mountain YMCA named Tom the Youth Member of the Year. 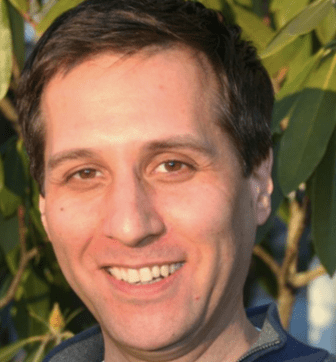 Now a Registered Investment Advisor with 20 years of experience in the Financial Services industry, Tom has a gym programs n independent Agency with Primerica Advisors served by offices in midtown and Cranford and he is still volunteering with the South Mountain YMCA.

After 25 years with the South Mountain YMCA, Tom was recognized as the Lay Person of the Year.

As Tom continued his volunteer work with the South Mountain YMCA, his roles included working with the Healthy Kids Program, the MayFest Committee, the Duck Race, and the Memorial Day Parade.

One of Tom’s most distinguished areas of service was in his conceiving the idea and then making it work to transform the Maplewood Woman’s Club into a “Haunted House” and gathering a large group of Maplewoodians to build and play a part in the most successful Halloween event Maplewood has ever had. He did this two years in a row, and the Haunted House opened just after the Halloween Parade concluded. In addition to the success of the event itself, Tom’s efforts recruited support and participation in the South Mountain YMCA Board. In addition, Tom brought the South Mountain YMCA to its participation in the Memorial Day Parade.

Tom improved the programs by expanding the pool of judges, developing a relationship with Winchester Gardens, inviting business participation, and creating a video presentation of the winning holiday decorations that can be enjoyed by both the winners and the residents of Winchester Gardens. Tom has also been recognized by the Friends of Maplewood for his continuing volunteer service.

Maplewood has been the beneficiary of Tom’s volunteer work, He has encouraged and facilitated the creation of business, service, and organizational partnerships within Maplewood that have benefitted them all. Maplewood thanks Tom for his volunteer service.