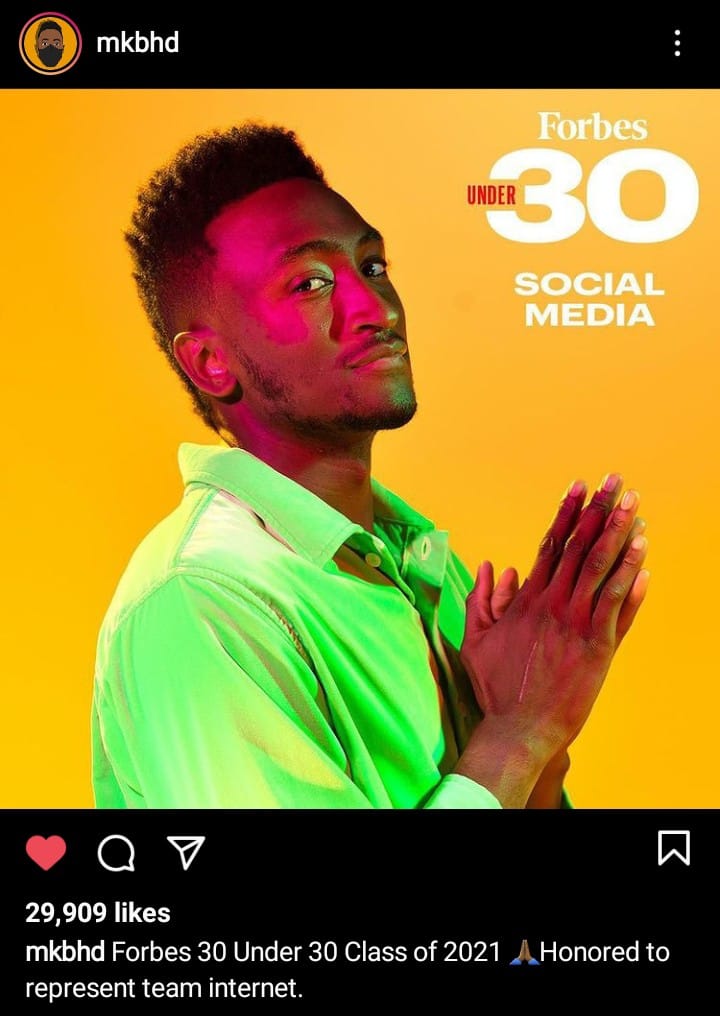 Marques Brownlee, Columbia High School Class of 2011, has landed on Forbes annual 30 under 30 list, as one of 30 “young innovators on the verge of making it big.”

Brownlee has attracted more than 13 million subscribers and hundreds of millions of views on his YouTube channel MKBHD, where he reviews tech industry products. Forbes also cited him for scoring recent “sitdown interviews with such luminaries such as Elon Musk, Bill Gates and Mark Zuckerberg.”

The young Brownlee (his dad, Marlon K. Brownlee, served on the Maplewood Township Committee from 2011-16 and was Chair of the Community Coalition on Race) has made news previously for asking a question during a 2016 Presidential Democratic debate and for making an appearance in a Steph Curry video.