A recent demographic report by the South Orange-Maplewood Coalition on Race documented population trends in the towns concerning the size of the Black and White populations and other racial groups. Overall trends pointed to the fact that, after years of stability, Maplewood and South Orange are growing whiter and wealthier.

The report also had some riveting information on the towns’ immigrant population.

41% of the towns’ non-White population (either Black, Hispanic or Asian) is foreign born.

10% of White residents in Maplewood and South Orange are foreign born.

The information on foreign-born residents is based on data from the American Community Survey.

See the charts below: 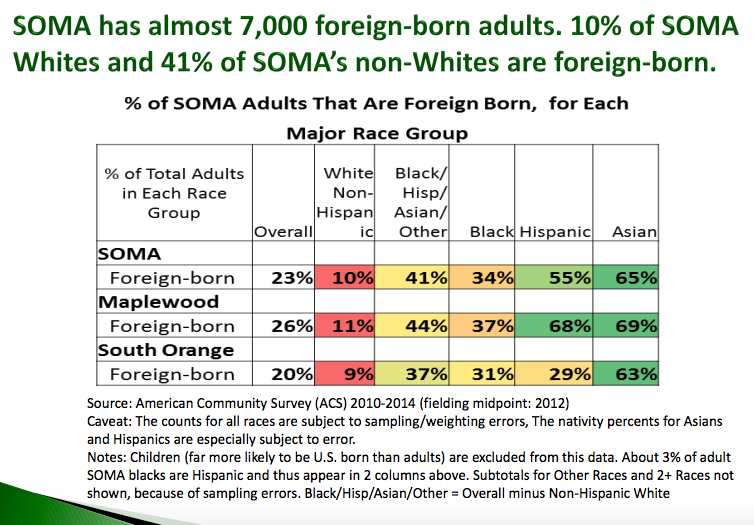 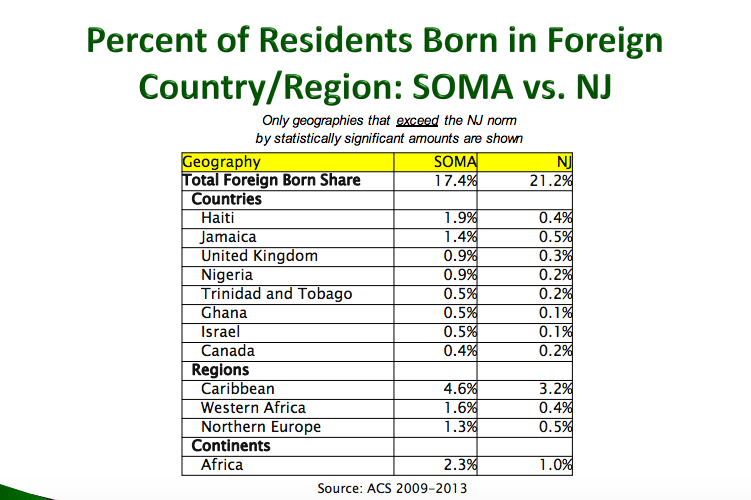