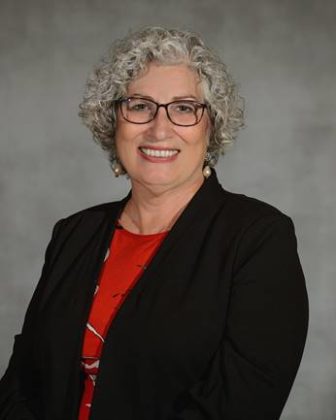 Throughout her 35-year career in nonprofit arts administration, Billia has been an innovative leader within the New Jersey arts ecosystem. Previously, she held key roles at some of the Garden State’s most esteemed arts institutions, including the New Jersey Theatre Alliance and the New Jersey Symphony Orchestra. Her lifelong commitment, passion and advocacy for the arts combined with her extensive marketing, public relations, administration, board and executive experience uniquely qualify Billia to be a highly effective Executive Director of SOPAC, New Jersey’s Favorite Small Performing Arts Center.

Billia joined SOPAC in 2013 as the Director of External Relations. Notably, in this role, she received a 2016 Jersey Arts Marketers Leadership Award, which is presented to those that have made significant contributions to advancing the work of Discover Jersey Arts, an ArtPride NJ program. During her SOPAC tenure, Billia has stepped up as Acting Executive Director twice: first, in June 2019, and again in October 2020. During her second stint in this role, she guided the nonprofit venue through the trying times of the mandated Covid-19 shutdown. In August 2021, Billia was appointed Executive Director of SOPAC.

“The SOPAC Board of Governors is thrilled to promote Dee Billia to Executive Director,” says Chairman of the Board Paul Bartick. “SOPAC has relied on her steady hand throughout Covid-19 and will continue to do so as we emerge from the pandemic toward reopening the theatre.”

He continues, “Dee has been with us since 2013 and has earned the trust and respect of the board, staff and South Orange Village.”

Looking to the future, Bartick comments, “As we develop our strategic plan, we will lean heavily on Dee’s experience and wisdom culled from her more than three decades working in the New Jersey arts community. We also look forward to her artistic vision of making SOPAC-presented shows more diverse and inclusive and, therefore, a better reflection of our community.”

Billia holds a Bachelor of Arts in Theatre from Barry College in Miami, Florida. She has immersed herself in nearly every aspect of live arts, from performing on stage to leading various behind-the-scenes operations. She began her career as a classical singer and musical theatre performer. For 12 years, she was the Box Office Manager at the New Jersey Shakespeare Festival (now Shakespeare Theatre of New Jersey) in Madison. From there, Billia moved to the New Jersey Theatre Alliance, where she served as Director of Information Services from 1995-2000 and then as Director of Marketing and Public Relations from 2000-2006. During her 11 years at the Alliance, Billia was an integral creative force in several initiatives, including the first website for a statewide arts organization (njtheatrealliance.org), Family Week at the Theatre—a program of free and discounted theatre throughout the state—and njArtsTix.org the nation’s first “day-of” statewide discount ticketing website for the performing arts. These programs changed the face of the arts in New Jersey. Appropriately, Billia was awarded Arts Advocate of the Year by the Arts Council of the Morris Area in 2002.

Next in her career, Billia became the Vice President of Communication for the New Jersey Symphony Orchestra in Newark. While with the statewide orchestra, Billia created and implemented the public relations strategy and instituted the “meet the musician” section of the playbill. Billia’s journey then led her to South Jersey, where she served as Director of External Relations at Appel Farm Arts & Music Center in Elmer from 2007-2013. At Appel Farm, she was responsible for marketing several programs, including a residential summer arts camp, an annual concert presenting and family entertainment series at Landis Theater—a 740-seat venue in Vineland—and the annual Arts & Music Festival that attracted 4,000-7,000 attendees.

Since 2013, Billia has worked to bring SOPAC into the digital age through social media initiatives and several website revamps. Deepening her ties with the local community, she currently serves on the Board of South Orange Downtown. Previously, she was a member of both the Public Information and Marketing Committee for South Orange Village and the South Orange Arts Advisory Council. Billia continues SOPAC’s longstanding partnership with Seton Hall University. Previously, she served on the Board of Trustees for the South Jersey Cultural Alliance, the Harmonium Choral Society and the Opera at Florham.

Since 2006, SOPAC has been serving as a premier performing arts center in the region. SOPAC offers innovative artistic and cultural experiences for diverse audiences in an intimate, inviting environment. The arts center hosts a variety of live performances, community events and education programs for all ages. SOPAC is home for Seton Hall University Arts Council’s performances, including the Classical Concert Series, Jazz ‘N the Hall performances and Seton Hall University Theatre productions. SOPAC programs are made possible in part by the National Endowment for the Arts and the New Jersey State Council on the Arts. The South Orange Performing Arts Center (SOPAC) is a 501(c)(3) charitable organization. For more information, visit SOPACnow.org.