Ten years ago on June 18, 2011, the The David Coble Collection of Fierce Creatures launched at the Children’s Room of the Maplewood Memorial Library. Created in memory of Maplewood resident David Coble (May 16, 1999 – June 29, 2005), the collection features books on dragons, big cats, superheroes and the like — favorite reads for David, who was 6 when he died of a brain tumor.

“He loved the library,” says David’s mother Alana, “so we thought it would be a great way to honor him and keep his memory alive.” 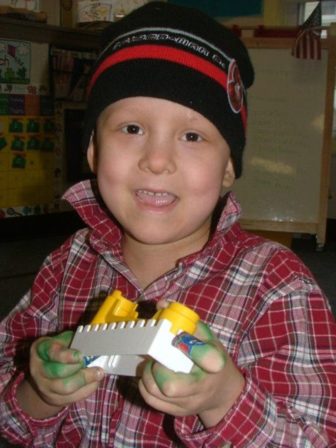 David was diagnosed with a rare brain tumor (fibrosarcoma) just after July 4, 2003. “We fought for two years,” says Alana. “The community was so supportive.”

Both Alana and her husband and David’s father Rick were out of work at the time. David’s little sister Julia was 16 months old when he was diagnosed. (She’s now a 2020 graduate of Columbia High School and current student at Temple University.)

Friends of the family, including Rob Harrigan, Elaine Laramee, Lynne Lazarus and Andrew Shear, began the David Coble Fund to help with expenses. A large number of people contributed.

After David died, the family applied unused funds to start the collection. “Finally, we were able to think about what we wanted to do – everyone agreed the library was a great choice of a memorial that could live forever. David loved the library, and we spent hours there,” says Alana. “He especially liked Bestiary: An Illuminated Alphabet of Medieval Beasts (Jonathan Hunt), which he took out over and over again.”

After sending a letter to the library, the Cobles were contacted by children’s librarian Jane Folger, now Head of Children’s Services. Folger suggested starting a collection.

“David loved all fierce creatures: dragons, dinosaurs, tigers (all cats great and small), snakes, and superheroes – Spider-man above all others, and Batman in second place,” says Alana. “That’s what the collection focuses on, and Jane says it’s very popular. We give money every year to keep it going.”

“David was a six-year-old with a big heart and a curious mind,” says Folger. “He loved books and the library. David’s enthusiastic presence lives on in this unique and wonderful collection of books for kids on every kind of venomous and deadly animal imaginable.”

Inside each book is bookplate showing one of David’s drawings of a velociraptor: 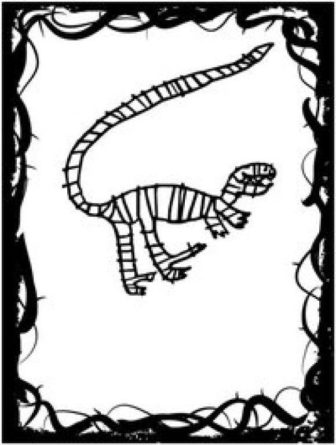 “The collection is as much-used and as well-loved today as it was 10 years ago,” adds Folger. “It’s an important part of the Children’s Room at the Main Library, and brings joy and delight to kids of all ages. It was designed with strong kid-appeal, and that appeal remains strong to this day.  We welcome tribute gifts to this collection through the Friends of the Maplewood Library https://www.maplewoodlibrary.org/friends-tributes.”

“This ever-growing gift shows how one individual can influence his community in many small, but powerful ways.”