Ask Tony Award-winning actress Christine Ebersole about important dates in her lifetime and she’ll tell you that July 16, 1999 is of great significance. That’s the date she and her family moved to Maplewood.

“It was just divinely planned,” says Ebersole, who recalls house-hunting with her husband Bill Moloney for only one day before they found the right place to put down roots. “I guess I listened to that little bell that went off in my heart when I heard about Maplewood.”

Ebersole and Moloney still own that very same home where they raised their three children, who attended Tuscan Elementary School, Maplewood Middle School and Columbia High School. And during that time, Ebersole honed her already successful performance career on stage, screen, television and concert halls. Along the way, she received virtually every Off-Broadway award and her second Tony for her dual ‘role of a lifetime’ in “Grey Gardens.”

And now, Ebersole will be honored in the state that she has called home for over two decades. The American Theater Group (ATG), Somerset County’s professional, regional theater company celebrating its tenth season, will honor Ebersole at its annual gala on Sunday, June 26, at the Fellowship Cultural Arts Center in Basking Ridge. 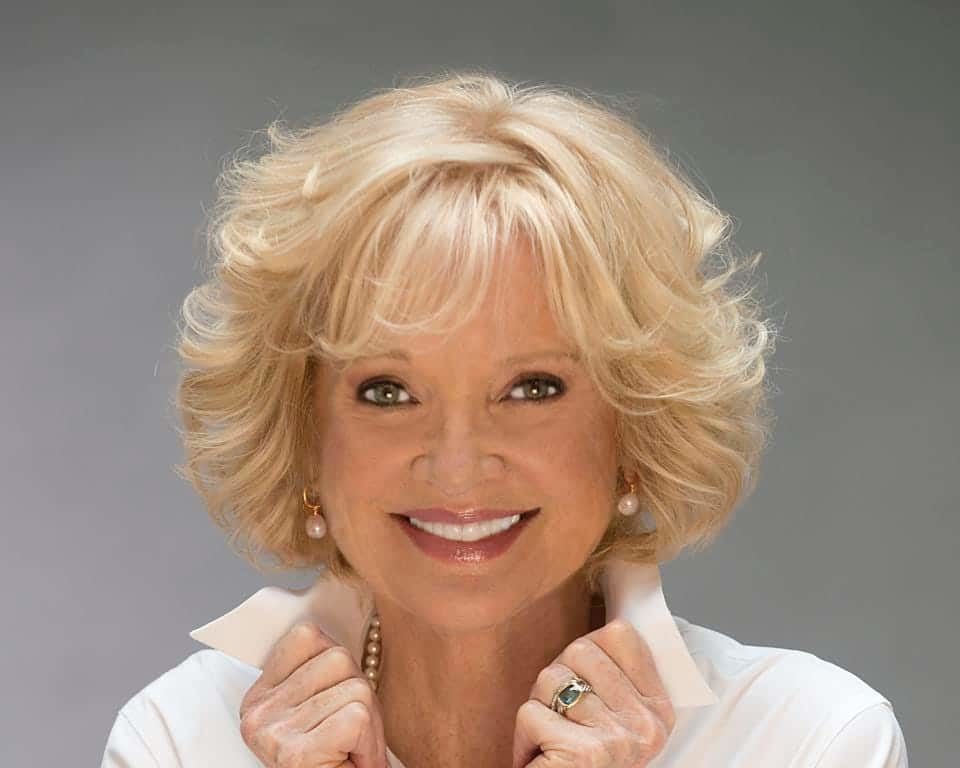 Ebersole has been “instrumental in ATG’s early development as she served on our Advisory Board of Directors, along with other theater luminaries such as Harold Prince,” says Jim Vagias, Producing Artistic Director of ATG. “She is a champion of the arts, an artist of unparalleled talent and range and a proud New Jersey resident. We are proud to give her the recognition she so justly deserves.”

Ebersole admits that the thought of moving out to New Jersey was initially not her ideal. “I was suffering from New York snobbery,” she says. “I didn’t want to be one of the bridge and tunnel people, you know?” But as soon as she moved in with her family, she was convinced their Maplewood move was in fact ideal.

“I had spent the first 12 years of my career in New York City, before I went out to Los Angeles,” says Ebersole, who grew up in the Chicago suburb of Winnetka. “When I was living in New York, I was single and all that. Now, I was married with three children and five pets. There’s no way you can [bring up a family] in New York City unless you’re a billionaire.”

“We bought this house with no jobs to go to and then – out of nowhere — I was doing ‘Mame’ at the Paper Mill Playhouse [in Millburn],” she recalls. “Again, it was divine.”

She immediately embraced her new town and literally began to decorate her home with local goods. “They used to have this thing called Maplewood junk day,” says Ebersole. “There were certain sections of the town where you put out what you didn’t want anymore. Oh my gosh, we got so many treasures. I was doing that the minute we got here.”

The actress credits the schools and community for embracing her three adopted children, who were born in three separate countries. “It was a very welcoming place for them,” she says.

Roughly a decade ago, she served as honorary chairperson for the “Take a Seat” campaign, a collaboration between the Achieve Foundation and the South Orange-Maplewood School District which focused on the renovation of the Columbia High School auditorium. “When you can participate on the local level, it really gets the job done.”

Even the pandemic has not been able to slow down Ebersole’s successful performance career. She plays Dorothy “Dottie” Wheeler in the current CBS comedy “Bob Hearts Abishola” which was in production during the pandemic. In addition, she filmed roles in the Paul Thomas Anderson film “Licorice Pizza” as well as the Netflix series “The Kominsky Method.”

Ebersole is no stranger to switching gears and performing in a variety of styles and media. In 1981, she was a cast member in Season 7 of “Saturday Night Live,” and appeared as co-anchor of “SNL Newsbreak” (currently called “Weekend Update”) with comedian Brian Doyle-Murray.

“I didn’t know what I was doing. I mean, I literally had just come off the road playing Guenevere in “Camelot” with Richard Burton and Richard Harris, and then all of a sudden I’m thrown into this arena of stand-up comedians,” she says. “I mean, it was like, ‘Oh, where am I?’ But I felt that I could have confidence in the singing […] so it was a lot of pluck, naivete, and just exuberance and excitement.”

Ebersole is currently working on an album called “After the Ball…” which will be released in the fall of 2022. “It’s the most personal album I’ve ever made,” she says. “It’s about the children growing up and us growing older. It’s about empty nesting.” She is collaborating with musical director and co-producer Lawrence Yurman, whom Ebersole has worked with on previous Broadway productions.

“I’m going to be performing at the benefit and — besides singing at two funerals this year — I really haven’t sung. I haven’t sung publicly for over two and a half years. And then so to be able to revisit this music with Larry [Yurman] … I was crying a lot, just because of gratitude. I’m still able to sing this beautiful music. It’s just a touch of heaven, you know?”

Visit the American Theater Group website for tickets and details.