‘Night of the Living Dead Live’ at The Baird 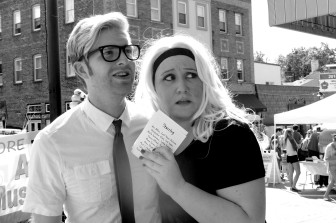 interACT Theatre Productions off a sneak peek of the fun (and horror) of “Night of the Living Dead.”

A takeoff on the spoof of the famed 1968 movie by George Romero, “Night of the Living Dead” is being presented by interACT Theatre Productions, the theater in residence at the Baird.

“This is a great throwback to one of the original classic horror movies,” says Clarey. “It’s a nice shot of Halloween – a little bit of scary and a lot of fun, with a terrific cast.”

On October 8, readers of Rolling Stone Magazine voted the 1968 movie, “Night of the Living Dead” one of the top 10 horror movies of all time. 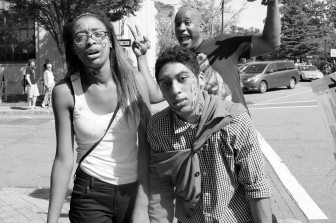 How does a half-century-old movie inspire such loyalty among movie watchers? “Night of the Living Dead” invented the idea of zombies as we know them today, an amazing contribution to American public culture. But it did so much more. It was the first movie to cast a black person as the lead in a horror movie, and the first to cast a black person not already a star in a non-racially specific role (sorry, Sidney Poitier!). Oh, and did we mention that everybody dies at the end?

InterACT’s production is based on a new spoof of “Night of the Living Dead” written with the cooperation of George Romero himself. “The audience will get some of what they’re expecting, but also a lot of really funny surprises,” says Clarey. 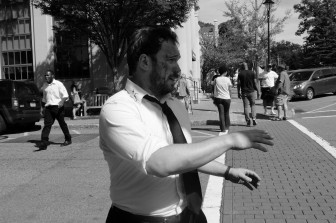