From the Seth Boyden School PTA:

June 14, Maplewood—Seth Boyden Elementary school students are finding their power and joy through an innovative stepping program made possible for the second year in a row by a generous grant from the prestigious Artists in Education Residency Grant Program (AIE). The residency combines instruction in the physical movement of stepping, long-performed at historically Black Colleges and Universities by African American fraternities and sororities, with instruction in the history of the art form and its importance in Black culture.

Seth Boyden’s Artists in Education grant application for $11,000 from the New  Jersey State Council on the Arts was accepted in June of last year, and professional stepping artist Maxine Lyle, founder of the renowned troupe Soul Steps, began workshops with fifth-grade students on March 22. An additional grant, the Dance to Learn Residency Grant by Dance New Jersey and Young Audiences Arts for Learning, supports similar workshops for 3rd graders.

In each workshop, students learn and review a variety of stepping movements on their way to developing their own step routine for the residency’s final performance. The lessons are often accompanied by a history discussion, such as about the precursors of stepping in South African gumboot dancing. These discussions also raise issues of social justice that relate to the history of stepping. Each workshop ends with the students rising together and saying in unison, “Hear me. See me. Feel me. I have power.” 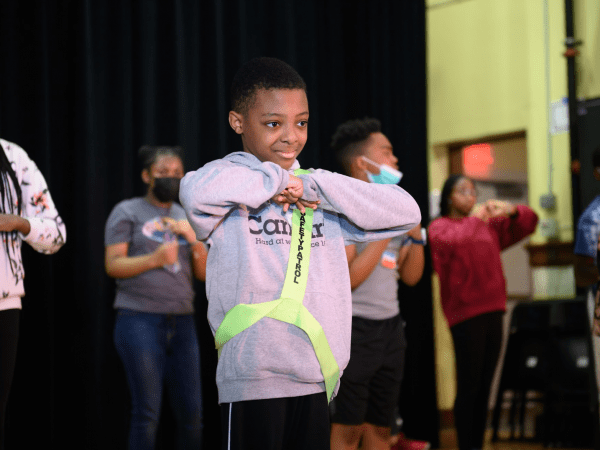 Power is certainly conveyed in the movement of the students performing together, as is a sense of connection. Fifth-grader Malik Ouedraogo said one of the things he likes about the workshops is the feeling of community and the idea that “we can communicate without talking.” Maxine Lyle explains that the feelings of togetherness are part of the goal, especially for students living through difficult times. “One of my mentors said you have to get down to get up—meaning dance it  out, work out feelings that may be there. With stepping you are tapping into other people doing the same rhythms, and you know you are not alone—you are part of a  community. During hard times, the Jim Crow years, stepping was an important reminder that came out of a need to know you were not alone. The rhythm tells you that.”

Seth Boyden Principal Shannon Glander, Assistant Principal Sheila Murphy, and  fifth-grade teacher Krista Maciorowski form part of the Steering Committee for the  grant, as does alumna parent Alison Poe. The Seth Boyden PTA is supporting the  residency with T-shirts and by creating documentation of the workshops, including  a video by documentary filmmaker Erin Harper. The school received its first AIE grant last year for a residency that was conducted remotely between the third graders and stepping troupe Sole Defined. Third-grade teacher Rosemary Connell formed part of the Steering Committee for that grant, as did the originators of the application process, then-Seth Boyden PTA president Elizabeth Leonard Evangelista and PTA Assemblies Coordinator Susanna Einstein. Seth Boyden parent and accomplished film director, Erin Harper, donated her time and talents to capture some of the workshops on film to share with families. 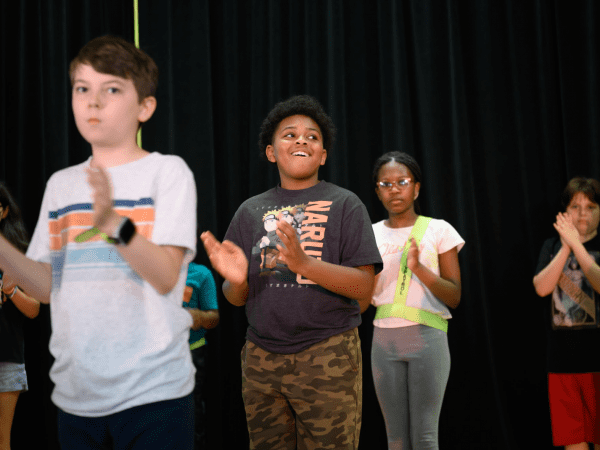 The program is a perfect fit for Seth Boyden, which, for the past 20+ years, has served as a demonstration school introducing innovative approaches to learning  based on honoring and supporting multiple intelligences. The school hopes to continue the program and become established as a “stepping school.”

The students’ hard work culminated in a performance for classmates last week, and another at the 5th Grade Moving Up Celebration. Though recent school years have been dominated by isolation and by keeping kids separate, Seth Boyden has found a way to bring them back together, in lock step.

The Artists in Education Residency Grant Program is a co-sponsored project of the New Jersey State Council on the Arts and Young Audiences for Learning New Jersey & Eastern PA. It is carried out in partnership with regional partners Appel Farm Arts & Music Campus, Count Basie Center for the Arts, and Morris Arts. 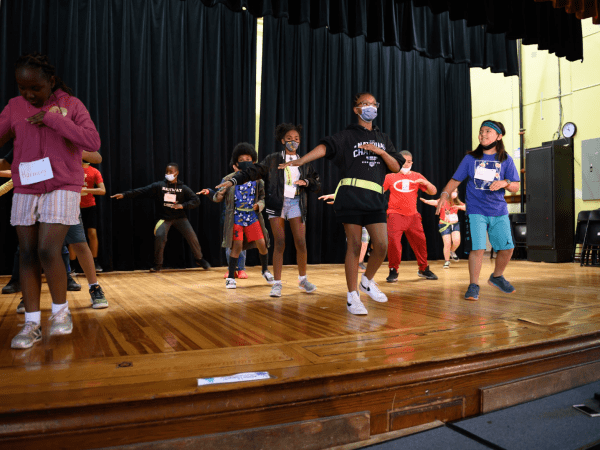 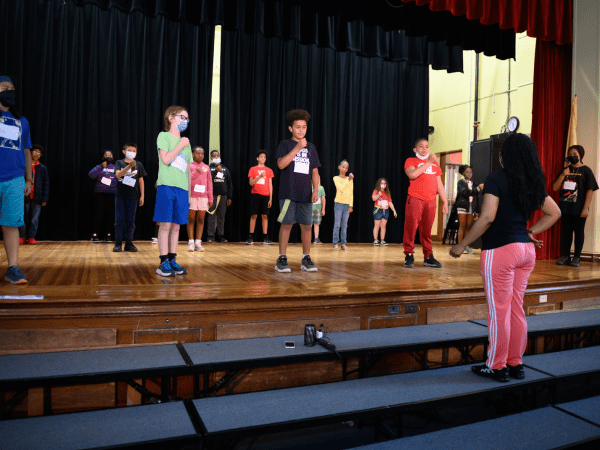