North Jersey Pride, the nonprofit dedicated to promoting equality, acceptance, and respect for LGBTQ youth and families in New Jersey, won’t be able to return to Maplewood Memorial Park this year—but the celebration will go on virtually on Sunday, June 28 at 5 p.m.!

Two ways to watch the show:

The broadcast will also feature community leaders sharing inspirational and compelling messages of hope and unity.

“One message we hope to get across is that we must do better to actively support Black queer lives,” says North Jersey Pride’s executive director C.J. Prince. “For far too long, the White, cisgender queer community has been complacent in addressing both the racism and the transphobia within our own community; we have marginalized Black and Brown voices and concerns; and we have not done enough on behalf of our transgender siblings—particularly trans people of color—who are disproportionately and consistently the targets of violence. It is well past time for those of us who are White and LGBTQ to recognize our privilege and our implicit bias, own our mistakes, amplify the voices of Black and Brown LGBTQ people and commit to being true allies.”

PNC Bank will return as the 2020 Presenting Sponsor and Atlantic Health will once again be supporting at the Premier level. “We are so grateful to our sponsors for their generosity and their loyalty,” Prince noted. “They have enabled us to give our community the celebration they deserve—albeit in a very different setting.” 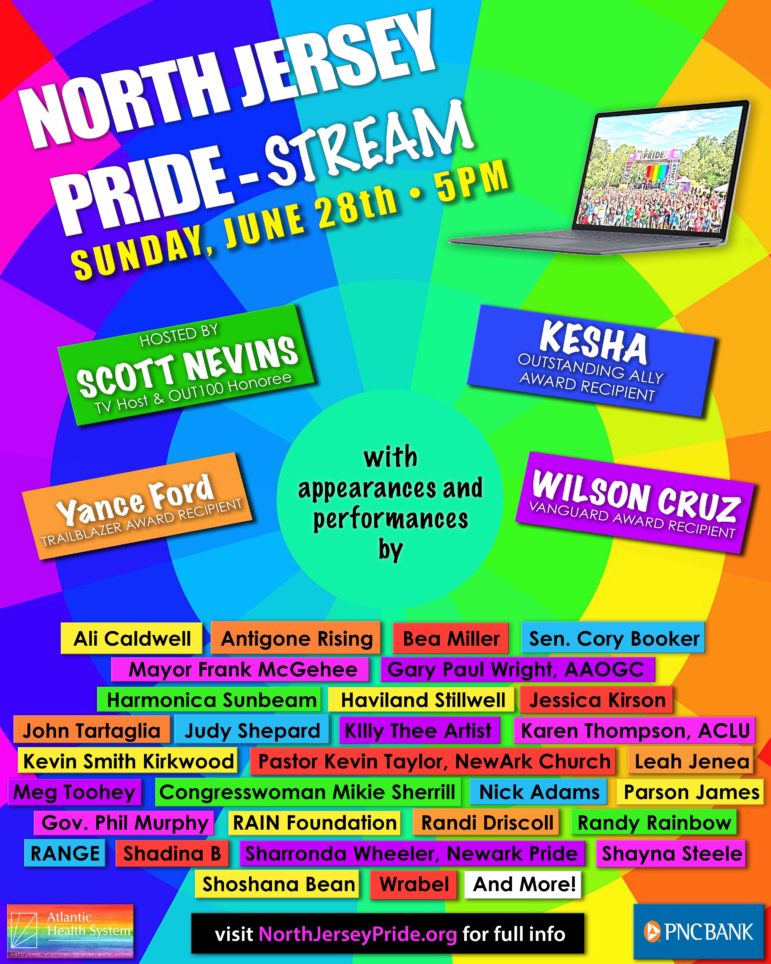 Visit us on social media: