This year, the kick-off is kicking it up a notch  — raffling off a 4-day, 3-night trip for two to Ireland. Raffle tickets cost $100 and were limited to 100 sold. Unfortunately, they’ve all sold out, but you can still enjoy a night out at the pub on June 23 and mark your calendar for September 17 — the date of the actual Oysterfest (details to be announced).

Bob Miller was a proud Maplewood resident for more than a decade. He lived near the heart of town, where he and Grace were raising their four young girls. He was a world-class architect who had just started his own architecture firm in New York City after years of working with some of the biggest names in the field, including Robert Stern and Michael Graves. A key focus of his practice was renovating the historic homes of Maplewood and the surrounding areas.

Tragically, at 45, Bob was diagnosed with melanoma, the most deadly form of skin cancer. Despite a courageous 2-year battle, Bob passed away in March of 2014. Melanoma is growing at a rate faster than any other cancer, including an eight-fold increase in women over the last 40 years. Melanoma is deadly – but it can be very curable if detected early. 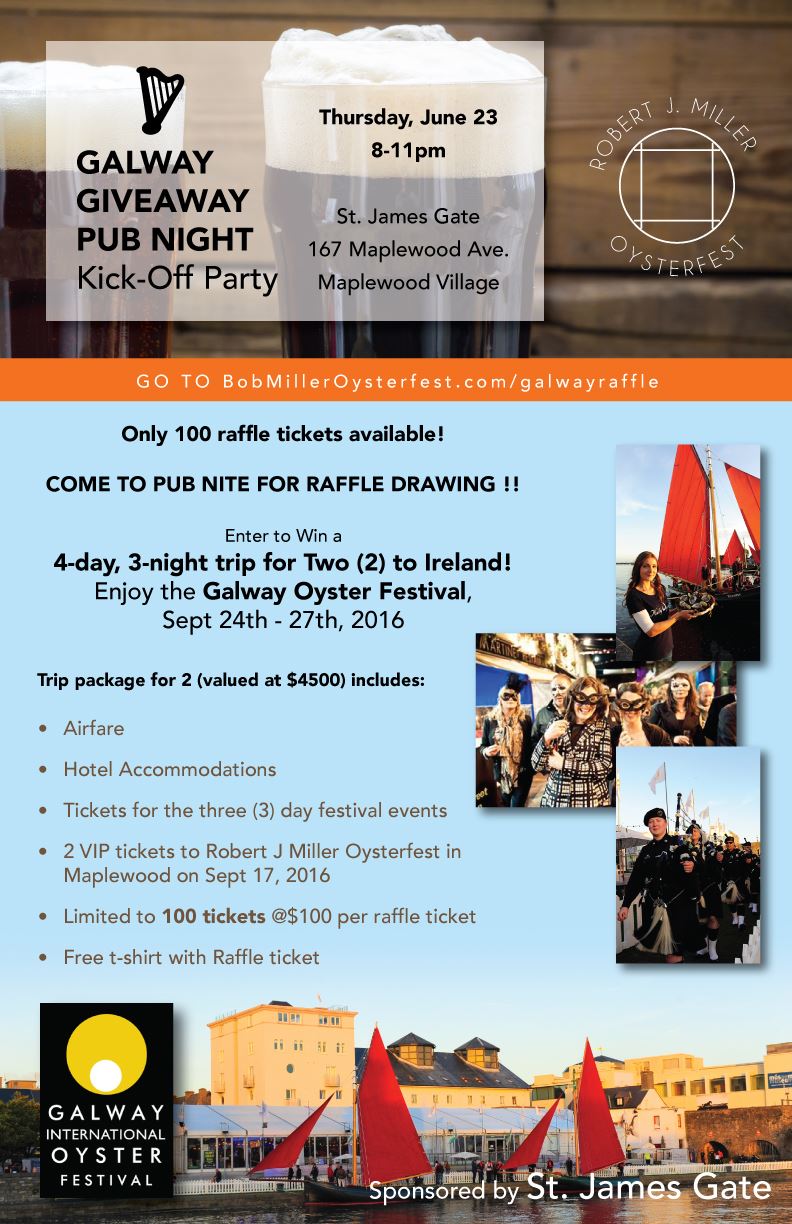