Jerry Ryan, who passed away in May, and served for years as both Maplewood Mayor, Township Committee member and Planning Board Chair, was posthumously awarded a PhD from New Jersey Institute of Technology.

”Jerry’s PhD is not an honorary degree – this is an official PhD to recognize his substantial ground-breaking research and contributions to the state of knowledge, and his substantial progress to completing his thesis,” said NJIT professor and Maplewood resident Kurt Rohloff. Rohloff was Ryan’s advisor, friend and collaborated over several years with him. 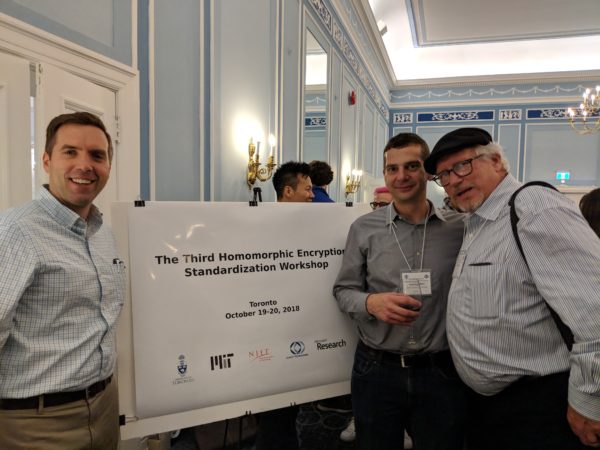 Dr Gerald Ryan and the PALISADE team celebrating a software release in Toronto.

Ryan’s work at NJIT centered around the field of homomorphic encryption, which allows users to protect the confidentiality of data while still allowing researchers to work with that same data. “Applications of this field include enabling medical researchers to perform cancer research more effectively by allowing researchers to analyze patients’ medical records in a way that protects the privacy of patients,” said Rohloff. “Jerry and I had collaborated on applications of this technology to support the privacy of medical information.”

Ryan was the chief architect of the open source PALISADE homomorphic encryption library. Rohloff notes, “Working with Jerry, we built up PALISADE to be a widely used privacy technology, free for anyone to use.”

Ryan’s work on homomorphic encryption and PALISADE led to several important publications [see the list below]. “His work also contributed to multiple projects funded by DARPA, the ‘blue sky’ R&D wing of the US Government,” says Rohloff. “He spoke at several important workshops attended by leaders in our field.” 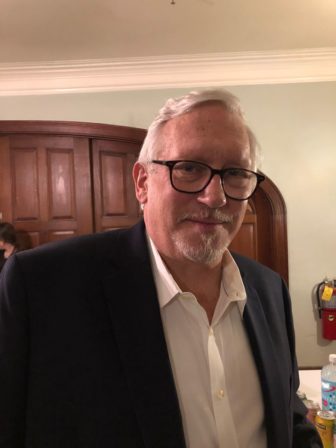 Rohloff notes, “In early June 2020, the members of Jerry’s PhD thesis committee met to review Jerry’s progress on his PhD and his contributions to the state of knowledge.  I am the chair of this committee.  Other members include Prof. Cristian Borcea, Prof. Jing Li, Prof. Yuriy Polyakov and Dr. Dave Cousins. We recognized that Jerry had completed all of the major requirements of the PhD, having completed his coursework, passed his qualifying exams, had an accepted thesis proposal, had several major publications published in top journals, and completed the majority of his necessary research.”

A diploma will be presented for Dr. Gerard Ryan, PhD to his widow, Deborah Gaines Ryan in August, 2020. 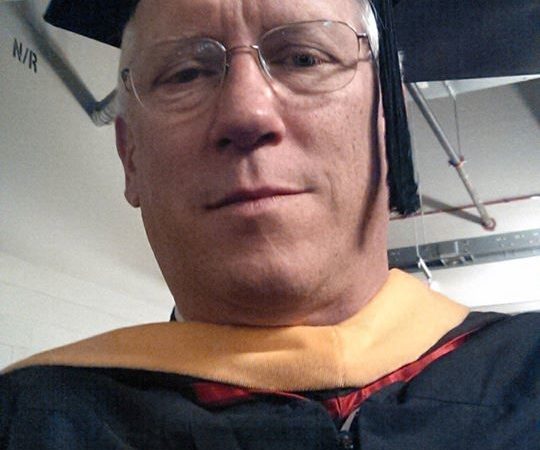 “It was Jerry’s dream to complete his dissertation and he worked on it for several years,” said Gaines Ryan. “I am so proud of his efforts and grateful to NJIT for recognizing his contribution.”

She added, “During his years toiling away at the degree, Jerry frequently commented, ‘I want every son of a bitch in town to call me doctor!’ I hope everyone who knew him will raise a glass to Dr. Ryan.”

Ryan’s publications written during his PhD studies include: