During the 7th Annual Maplewood Ideas Festival, the Maplewood library added a new award to its signature event: The Carol Buchanan Award for Outstanding Contribution to Civic and Intellectual Life.

Buchanan — a public school teacher for 34 years, President of the Hilton Neighborhood Association, and a member of the Maplewood Library Board of Trustees and the Community Coalition on Race — passed away in 2019 at age 76 after a brief illness with pancreatic cancer.

During her life, her leadership was recognized by a Teacher of the Year Award in Bedminster, the 2005 Rotary Club of Maplewood’s Affair of the Heart Citizenship Award, the 2011 Maple Leaf Civic Award, and by the Community Coalition on Race in 2017. 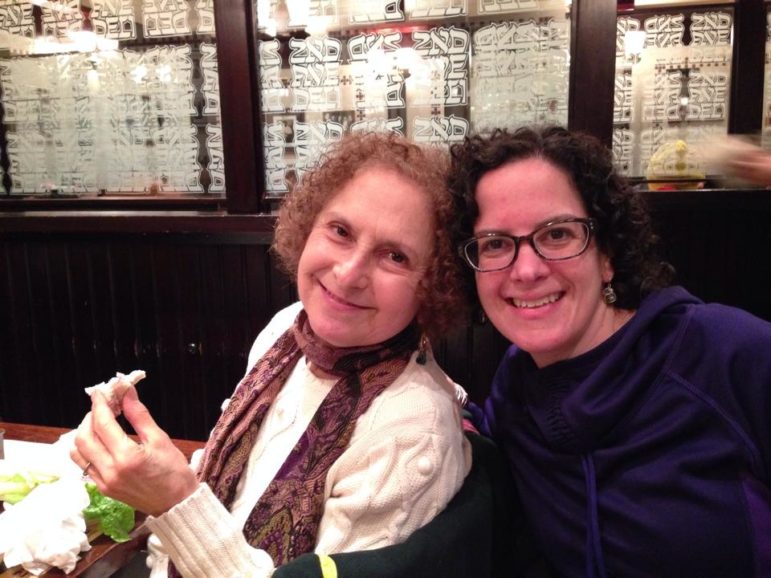 Sarah Lester, director of the Maplewood Library, lauded the late, long-time resident of Maplewood as someone “who left her mark on all who knew her. Intelligent, kind, and civic-minded, she was … welcoming to everyone, and appreciated and encouraged individuality and diversity. Carol welcomed a challenge, tackling issues with a fervor that inspired those who were fortunate to work with her.

“From local issues to worldwide human rights, Carol made her voice heard and lived her principles. She believed in truth and fairness, and embodied them in her life.”

The first awardees of the honor are Mary Barr Mann and Carolyn Parisi, co-founders of the Village Green. The award was presented during a zoom event, hosted by New Jersey Public Radio editor Nancy Solomon and titled “It Takes A Village (Green): Local News in the Age of the Internet,” on October 5, 2020. Mann and Parisi had prepared remarks which were not included due to time constraints.

Thank you, [former Mayor and current Township Committee member] Vic DeLuca and the entire Township Committee. We would also like to thank everyone at the Maplewood Library, including Sarah Lester and Joanne Beckerich, and the whole team.

When Sarah and Joanne first told us about this honor back in January (which feels like another lifetime ago), Mary and I were surprised and extremely grateful. To be recognized by our community is incredibly rewarding. And to be given an award named after such a stellar human being as Carol Buchanan is humbling.

Mary is going to speak more about Carol later, but I would just like to say that for me, Carol showed that true strength and power doesn’t come from arrogance and ego, it comes from empathy and humility.

When I think about the last 6 years, back to when we hatched this crazy idea to start our own local news site, the word that comes to mind is “lucky.”

We feel lucky to be able to serve the two towns that we have lived in for 20+ years, where we’ve raised our children and formed such close relationships. It isn’t always an “easy” or pleasant job – especially during election season – but it has been immensely gratifying.

It is a privilege to be able to make a living from serving our community.  Thank you.

It’s hard to feel worthy of an award named after Carol, but in her honor we will try because we know she would want us to stand and be proud.

We’re not going to forget what Carol said and did, but she really did make you FEEL. I think about the hard conversations we are having around elections — nationally and locally. And how Carol navigated very rough discussions in candidates forums and community organizing. It wasn’t a matter of civility. Carol could argue. And she wanted you to think. But she made people feel included. She made you feel like you could be a better person and we could be a better community. She was always trying to find a path forward.

I think that came from her background as a mom and an educator but also it was something baked into the core of her being. She was humble but she was rigorous. She seemed tiny and sweet but she was strong and tough.

Finally, I want to give a shout out to Jim Buchanan, Carol‘s husband, who is also a community treasure. Jim, I miss you and hope we can zoom soon! 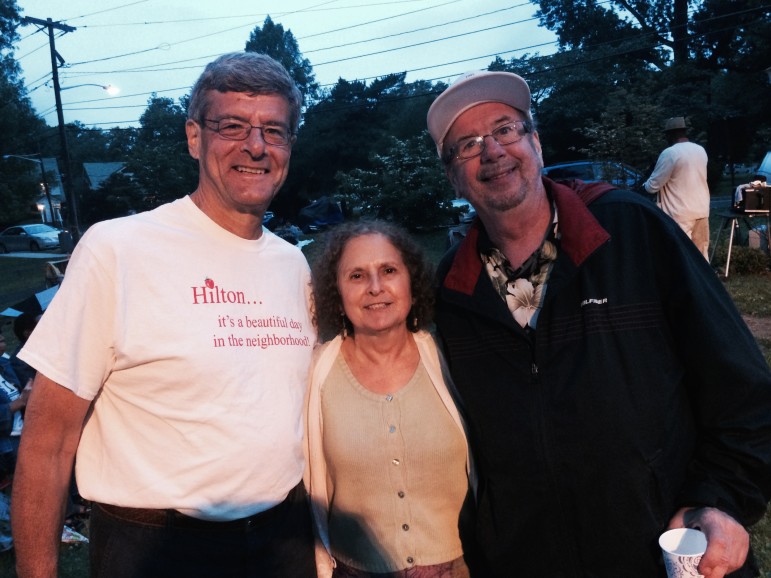