As an increasing number of people adopt vegan lifestyles, activities like cooking and gathering around the table can become fraught with pitfalls. Meals with family and friends require creativity and advance planning — particularly around the holiday season.

While vegans are defined as people who do not eat or use animal products, there are different ways to live the lifestyle. Some combine it with different diets or make exceptions for certain ingredients. Others fold the philosophy into every aspect of their lives. 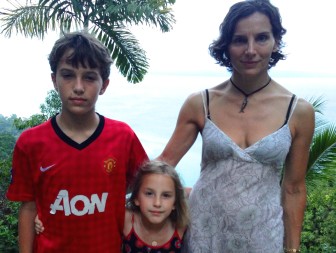 Motivations include concern about health, animal welfare and the environment. Some make the change after learning more about the connections between diet and disease. Regardless of the reason, going vegan typically involves picking up new skills in the kitchen and learning to navigate dining out.

Janine Territo of the Maplewood nonprofit Take the Cake went vegan four years ago after being vegetarian. At dinner parties, Territo tries not to draw attention to her diet, but it can be tricky.

“It’s a balance of enjoying food that makes me feel good and not being a pain in the neck,” she said. “If we’re assigned a dish, I’ll bring ‘the vegan thing.'” In her kitchen, she cooks with nutritional yeast and blends soaked cashews to use in place of dairy. “Almost everything I enjoyed as a non-vegan I can make a good version of,” she said.

By now, most of Territo’s family and friends are aware of her preferences. Her mother in-law puts a dish aside for her and her 18-year-old daughter who is also vegan. Territo appreciates the effort because she often makes different versions of meals at home to satisfy her whole family. “I’m surrounded by meat eaters,” she said, “and that’s a comfortable thing.”

Londyn Harp, a nursing student from Newark is going vegan a second time after a recent health scare — “I felt the best when I was vegan,” she said — but is waiting until after the holidays.Her Italian grandmother has been planning meals for months and Harp doesn’t want to disrupt the menu.

Seeking advice, Harp recently started a thread on Facebook’s Swap SOMa Lounge and got a lot of likes, tips and camaraderie from locals.

Harp plans to bring her own food to family gatherings. She’ll also be more careful choosing wine because she said many are filtered through animal proteins. Dating and socializing in restaurants can be difficult; she finds Ethiopian or Indian eateries offer the most friendly options for vegans. “I love international food,” she said, “but my friends don’t.”

Veganism Applies to More Than Food

Maplewood resident and midwife Kristina Kohler tries to live a vegan lifestyle in both furnishings and food. She and her husband Charlie McNamara are Bhuddist, and it was the ethics combined with a history of illness in her family that drew her to veganism.

Kohler’s 16-year-old son Liam, an animal lover, became a vegetarian at the age of six and the rest of the family joined him five years ago. It wasn’t until this summer while watching “Forks Over Knives,” a film about connections between disease and diets high in animal protein and processed food, that everyone decided to take the next step.

“Pretty much everything in our lives has been leading us toward not eating animals,” said Kohler, adding that they have seven pets. “It’s good to walk the walk.” She said they occasionally acquiesce to a sprinkle of cheese or other non-vegan ingredient when they are eating outside of the house. “We’re not fanatic,” she said.

Renee Gillens, a Maplewood resident, is also new to the vegan lifestyle, having begun a vegan diet in earnest this fall. She started tracking what she eats and also works out regularly at Maplewood’s Body by Struggle. 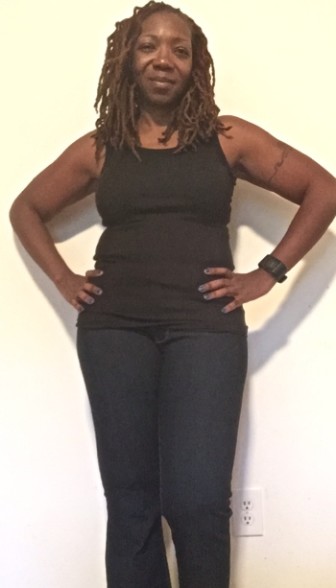 Gillens also learned how to cook. Her husband had always prepared the family’s meals, and since he and their daughter remained omnivores, she had to figure out how to blend her own nut milks and chickpea flour.

Since then, she’s lost 30 pounds, increased her strength and gone off her blood pressure medications. Portion control is key: “It’s so easy to over eat,” Gillens said, “but all you have to do is put some away and save it for later.” She doesn’t miss meat or junk food and said she hopes to set an example for her family “not necessarily to stop eating meat, but to make better choices.”

It’s All About the Animals for Cedar Ridge Pastry Chef

Michelle Mancuso, vegan pastry chef at Cedar Ridge Café and Bakery in Maplewood, spent seven years as a vegetarian before she decided to go “all the way” five years ago. She said she believes in environmentalism and animal rights and likes to spread the word. “I’m very good at convincing people because I like to cook,” said Mancuso who takes credit for persuading her mom, brother and most of the guys she’s dated to at least turn vegetarian. She wears vegan Dr. Martens and jokingly calls herself a “level 5 vegan” — a reference to an episode of “The Simpsons” where the label applies to anyone who won’t eat anything that casts a shadow. 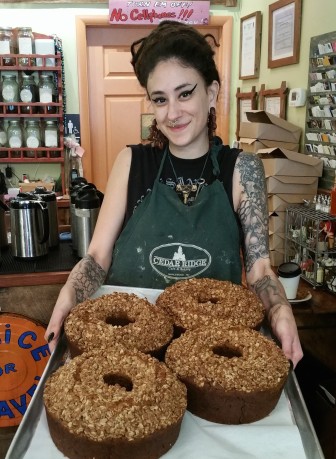 Mancuso’s creations fill half the display case at the café and she estimates they also bring half of the customers through the door. Special offerings for Thanksgiving included a super-moist pumpkin-apple bundt cake topped with a crunchy streusel along with a snickerdoodle doughnut.

Mancuso uses organic sugar because bone char is used to bleach and filter white sugar. After all these years avoiding animal products, she’s well versed on whether or not an ingredient is appropriate. “At this point I could look at a label and tell in two seconds.”

While learning to be vegan takes practice, there are resources in the SOMa area. Online groups provide advice on everything from high-protein legumes to navigating family expectations or how to order in restaurants. And just like the larger community, there are many opinions and perspectives on the best way to live life without animal proteins. Figuring it out is just part of the process.

From Realtor Allison Ziefert: When It Comes To...